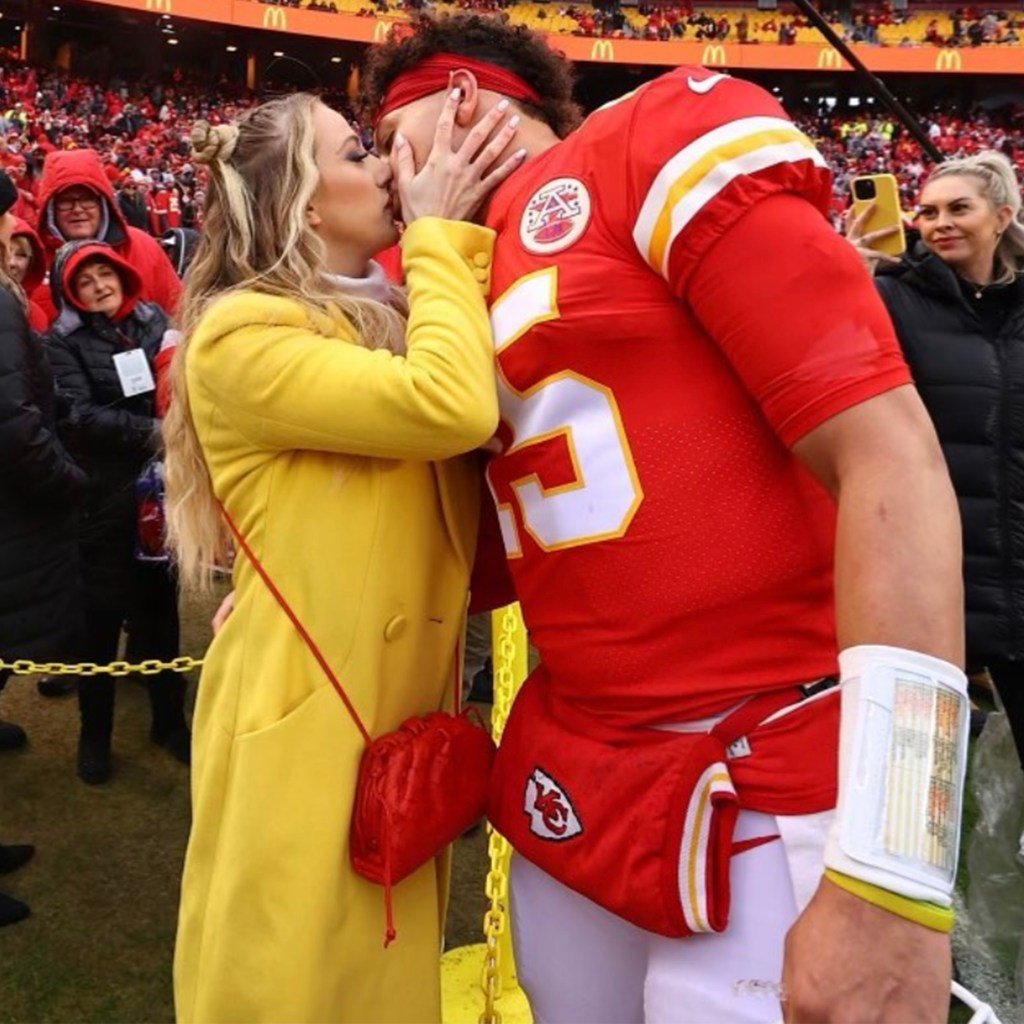 Brittany Matthews supports her husband, Chiefs quarterback Patrick Mahomes, after Saturday’s division round victory over the Jaguars, which came with an injury.

Shortly after Kansas City punched its ticket into the AFC Championship game following a 27-20 win against Jacksonville, 27-year-old Matthews took to Instagram, where she posted a sweet matchday photo with Mahomes, also 27.

“Proud,” Matthews captioned the photo of the pair sharing a kiss on the sidelines.

Late in the first quarter of Saturday’s game at Arrowhead Stadium, Mahomes appeared to injure his ankle on a pass. At that point, Jaguars outside linebacker Arden Key fell from behind on the quarterback’s lower leg area.

See also  Carabao Cup final 2023: dates, how to watch on TV and favorites to win

Though Mahomes briefly left the game, during which reserve quarterback Chad Henne orchestrated a 98-yard touchdown drive, the Chiefs superstar returned for the second half, completing 22 of 30 passes for 195 yards, two touchdowns and zero interceptions in the division round. confrontation.

“It is a credit to the team I have around me, the coaches around me and the organization in general,” said Mahomes afterwards. “We’re trying to do everything we can to get into this position, to get to the AFC championship game and make our way to the Super Bowl.”

Mahomes, whose Chiefs will face the winner of next week’s Bengals-Bills game in next week’s conference championship, suffered a high ankle sprain, an MRI showed Sunday.

“It feels better than I thought it would be right now,” Mahomes told ESPN on Saturday after the game. “Obviously I have a lot of adrenaline right now, so we’ll see how it feels. But I’m jumping right into treatment and trying to do everything I can to be as close to 100 percent next week as possible.

When the Chiefs take the field again — whether in Kansas City or the Atlanta neutral venue — expect Matthews to cheer on Mahomes nearby.

The couple are also proud parents of daughter Sterling Skye, who will turn 2 next month.