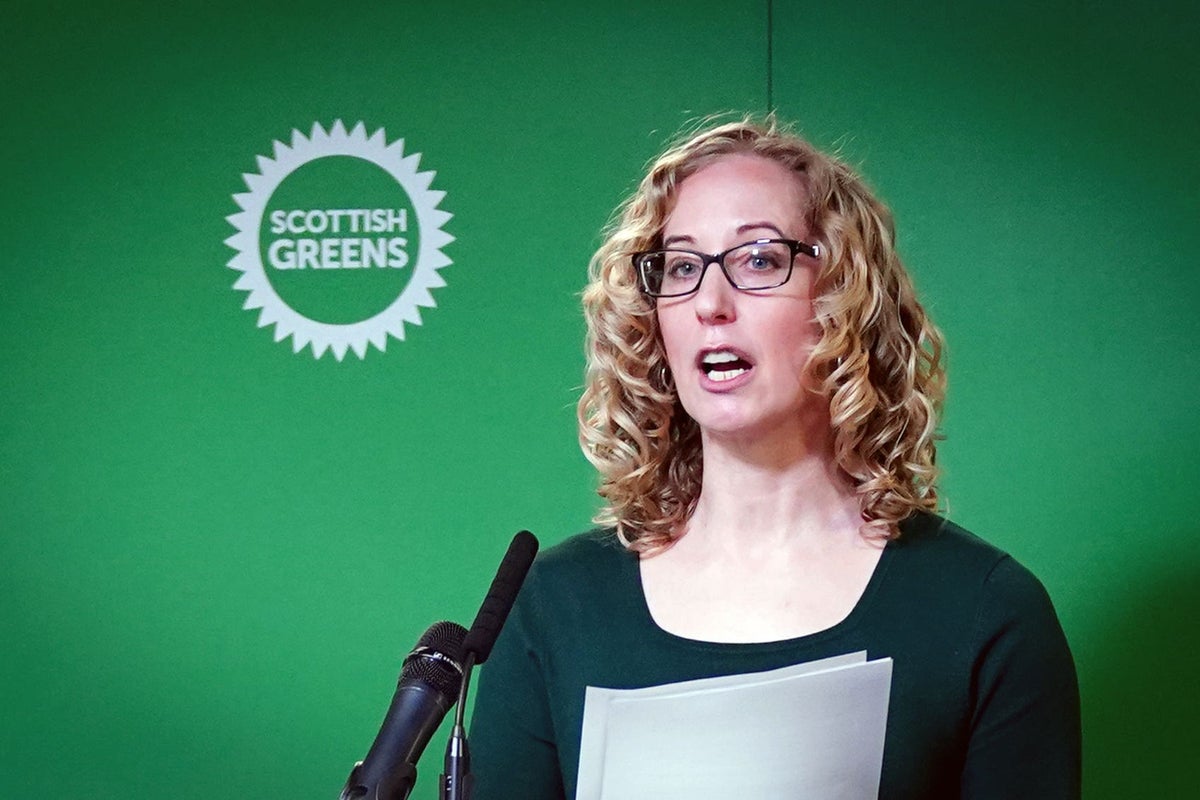 It is “perfectly reasonable” for oil revenues to fund the just transition to renewable energy in an independent Scotland, said Lorna Slater, co-leader of the Greens.

The Scottish Government minister was asked about the £20bn investment fund that will be part of the forthcoming independence prospectus.

Prime Minister Nicola Sturgeon has said the Building a New Scotland Fund will be established with the remaining oil revenues and the use of borrowing powers during the first decade of independence.

The third article in the Scottish Government’s series, which aims to take a fresh look at the economics of Scottish independence, will be published next week.

The Scottish Green Party, whose two leaders are ministers under a cooperation agreement with the SNP, is holding its conference in Dundee this weekend.

Ahead of the event, Ms Slater told the PA news agency: “The newspaper to be presented by the Scottish Government will have a green influence.

“Obviously the Greens want to go further and be more progressive.

“But I don’t think these things are incompatible.”

Ms Slater said her party would produce its own more “radical” vision for an independent Scotland, alongside government documents.

She continued: “It’s really clear that oil and gas will be phased out.

“No one is suggesting that we can or should turn off the tap right away, but it is perfectly reasonable that the oil and gas money is used to fund a just transition.

“That seems perfectly logical to me.

“It makes sense to use that revenue as that industry is being phased out to fund that transition to fully renewable and net zero industries in Scotland.

“We have enormous potential for renewable energy development in Scotland.

“Unfortunately, we are hampered by the fact that we are currently tied to Westminster and do not have full powers to invest in our renewables and other industries as we would like, which is part of the reason we want independence. .”

Earlier this week, the Scottish Government’s law officer – the Lord Advocate – made arguments in the High Court over Holyrood’s power to legislate for a second independence referendum.

In the event that the court rules against the Scottish government, the Prime Minister has said she would treat the next general election as a “de facto referendum”.

Ms Slater said it was “totally unreasonable” for Westminster to withhold legal powers for a new referendum.

She said: “The Lord Advocate’s arguments this week were brilliant and very clear about why Scotland should be able to exercise its right to self-determination – that is a fundamental human right.

“But if we are forced into a position where the people of Scotland have no other option to express their democratic will, then the Scottish Greens would also hold up as a general election campaign for Scottish independence.

“Because the people of Scotland deserve the right to have a say in their own future.”

She said the Greens would always keep their own candidates in constituencies, but stressed that such a scenario remains “highly speculative”.

Eric Trump Said His Dad Was ‘Fighting For This Country’ And Critics Went… Now What?!?