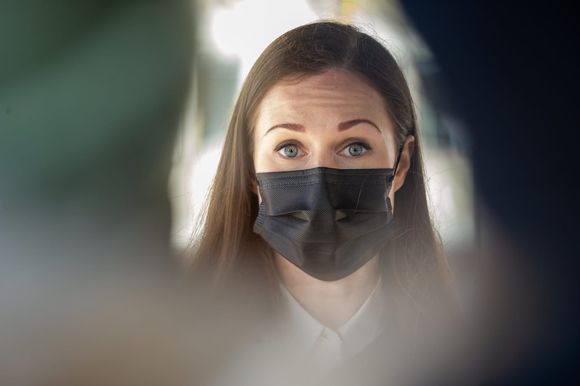 Prime Minister Sanna MarinThe SDP government will face a new headache when ministers return from the Easter recess, after the Parliamentary Constitutional Law Committee ruled that new movement restrictions proposed by the government were unconstitutional on Wednesday.

Yle requested an interview with the Prime Minister and Marin answered the questions in writing.

“As Prime Minister, I support the government’s proposals and appreciate the work our office is doing in a very difficult situation and under a lot of time constraints,” Marin wrote.

According to the Law Committee, the government’s bill was “subject to interpretation” and on Wednesday evening the government withdrew the proposal from Parliament.

The Constitutional Law Committee has tasked the government with focusing restrictions where most coronavirus infections are known: in private meetings, at home and in stores, for example.

The government will now investigate the possibility of drafting a new law.

“Then we will assess whether there are conditions to submit a new legislative proposal to Parliament in order to restrict close contact by banning private events and meetings. We would also need to determine a timetable for the submission of the proposal,” he said. writes Marin.

The prime minister further said that the Finnish Institute for Health and Welfare (THL) will need to assess whether the effects of the bill can be calculated or modeled accurately. Otherwise, it will be difficult to demonstrate the effectiveness of the legislation.

“Effectiveness is linked to the assessment of the necessity and proportionality of the proposed legislation”.

However, restricting gatherings and buying would not be fully what the government was trying to achieve with its previous proposal.

The restrictions would include banning private events, family reunions, house parties and shopping malls, for example.