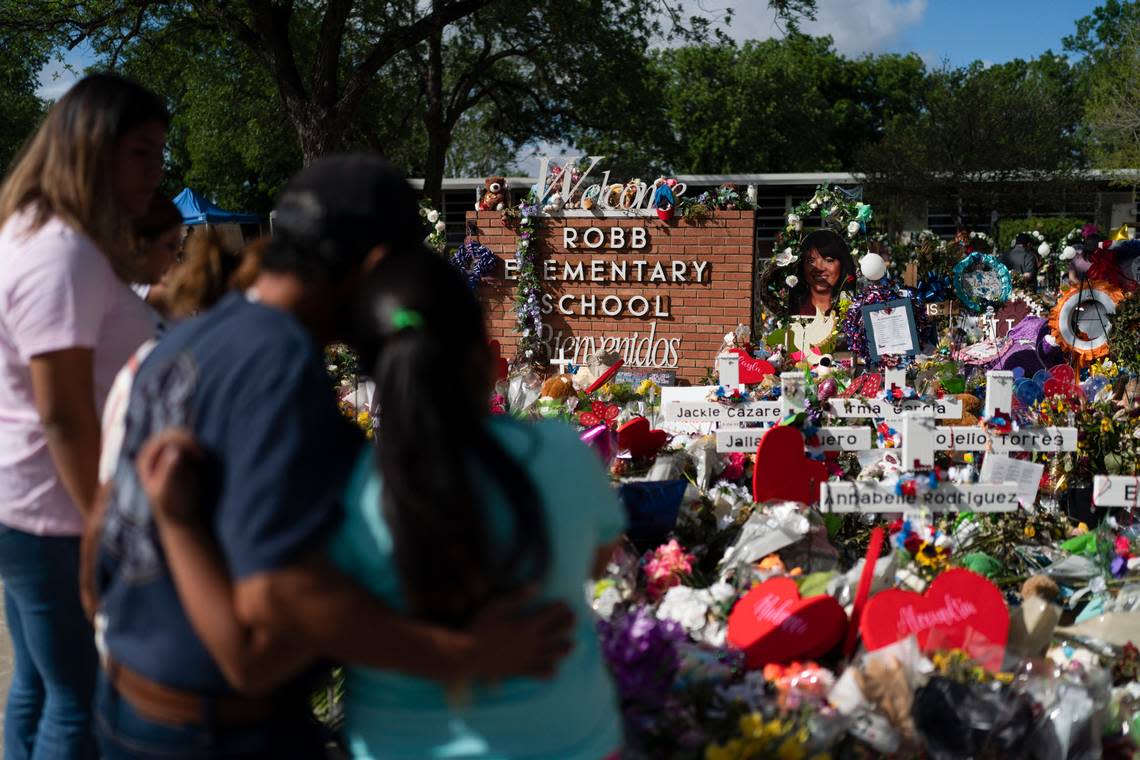 Several police officers stood in a hallway at Robb Elementary School armed with rifles and at least one ballistic shield within 19 minutes of a gunman arriving on campus, according to documents reviewed by the Austin American- Statesman, a devastating new revelation deepening questions about why police didn’t act faster to arrest the gunman who killed 19 children and two teachers last month.

The string of revelations, which began the same week as the May 24 massacre, left the impression of a clumsy response from law enforcement.

The newspaper cited documents, including surveillance of a school and police body camera video, of unidentified investigators into the May 24 massacre. The information is to be presented at a Texas Senate public hearing in Austin on Tuesday. Investigators say the latest information indicates officers had more than enough firepower and protection to take down the shooter long before they finally did, the newspaper reported.

The timeline reported by the US statesman from the documents included footage from inside the school that showed the 18-year-old shooter casually entering through a back door at 11:33 a.m., walking towards a classroom. class and immediately spraying gunfire before barricading himself. The video showed 11 officers entering the school three minutes later, the newspaper reported.

School District Police Chief Pete Arredondo called the Uvalde Police Department landline and reported that their suspect had “shot a lot” with an AR-15 type rifle and was more armed than the officers. from the school, who he said were armed only with pistols, the newspaper reported.

Four minutes later, at 11:44 a.m., body camera video recorded the sound of multiple gunshots. At 11:52 a.m., the first ballistic shield arrived as officers grew impatient to act. Arredondo struggled to find the key to the classroom door, although no one attempted to open the door, the newspaper reported.

Another officer with a ballistic shield arrived at 12:03 p.m., and another came with a shield two minutes later. About 30 minutes before officers finally break through the classroom door at 12:50 p.m., Arredondo wonders aloud if the shooter could be shot through a window. It was not until 12:46 p.m. that Arredondo told members of the tactical team to force the door open when they were ready, the newspaper reported.

Delays in law enforcement’s response have been the focus of the federal, state and local investigation into the massacre and its aftermath. Asked about the law enforcement response began a few days after the massacre. Col. Steve McCraw, director of the Texas Department of Public Safety, said May 27 that Arredondo made “the wrong decision” by choosing not to storm the classroom for more than 70 minutes, so even as fourth graders trapped in two classrooms were desperate. call 911 for assistance.

Another legislative committee on Tuesday wrapped up two days of scheduled closed hearings in Uvalde on those delays.

State Rep. Dustin Burrows, who chairs the panel investigating the shooting at Robb Elementary School in Uvalde, said early in the day’s session that the panel would hear more testimony from the police department. ‘Uvalde, as well as another officer. of the school district police and a member of the Texas Department of Public Safety.

Burrows said testimony will continue Tuesday in Austin. He said he hoped to provide information on when at least a preliminary report would be made public.