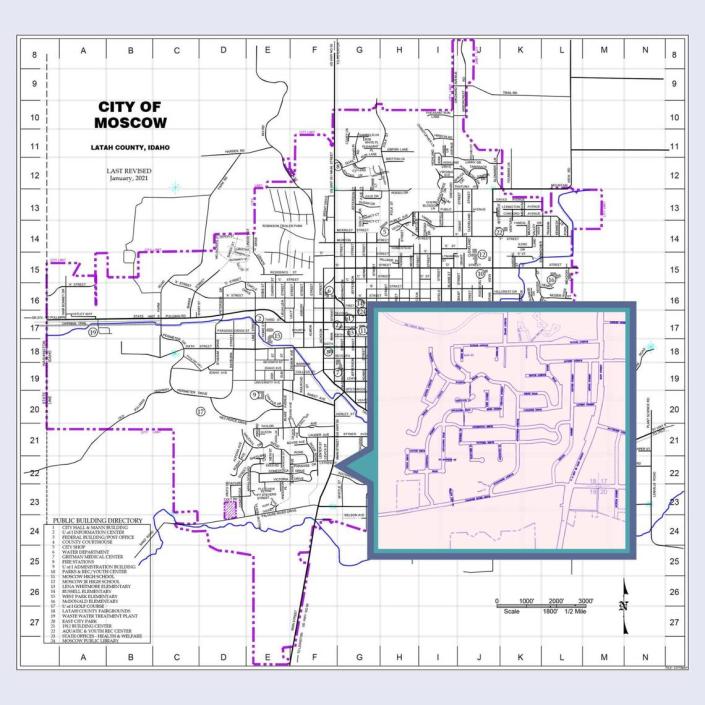 More than a week after the hunt for the killer of four University of Idaho students stabbed to death in their Moscow home, there was still no suspect as of Wednesday afternoon.

The investigation into who committed the quadruple murder has gripped the country since the four victims – Madison Mogen, Kaylee Goncalves, Xana Kernodle and Ethan Chapin – were found on November 13.

In the absence of a clear culprit, law enforcement has turned to the public for help. Moscow police have repeatedly asked anyone with potentially relevant information, videos or photos to contact them.

“No piece of information is too small and every tip will be pursued,” Moscow That’s what Police Chief James Fry said.

What are the police looking for?

The victims spent the night before returning to their King Road home at around 1:45 am

Investigators are looking for outside surveillance video or photos taken between 3 a.m. and 6 a.m. in certain areas of Moscow on November 13. Police are still asking residents and businesses to send in the footage, regardless of whether it shows anything noteworthy.

“Even if you don’t think it’s relevant, researchers will assess and determine if and how your information builds the picture,” Fry said. “Sometimes what a video or photo doesn’t show is just as important.”

They are also asking people to email or call if they have knowledge of potentially suspicious activity from the night of the murders or who could help the investigation.

“We are asking anyone who has information about what happened to these four in our community, their interaction with others and whether they have raised concerns or comments about anyone or anything out of the ordinary to provide that information to us,” said fry.

What areas are police asking for video from?

Police have created a map of the areas from which they are searching for videos and photos. This includes an area:

Goncalves and Mogen were at the Corner Club bar downtown and at the Grub Truck food truck. Kernodle and Chapin were on campus attending a party at the Sigma Chi fraternity house.

Where should tips go?

Tips, photos and videos can be submitted to [email protected] People can also call the case tip line at 208-883-7180.

Have the police received any tips yet?

Police said they had processed more than 1,000 tips on Wednesday afternoon.

“So far, this information has helped researchers form a picture of the areas of interest and the relationships these four had with each other and our community,” Fry said. “We still believe that more information needs to be gathered, which will continue to create a window through which we can review this case.”