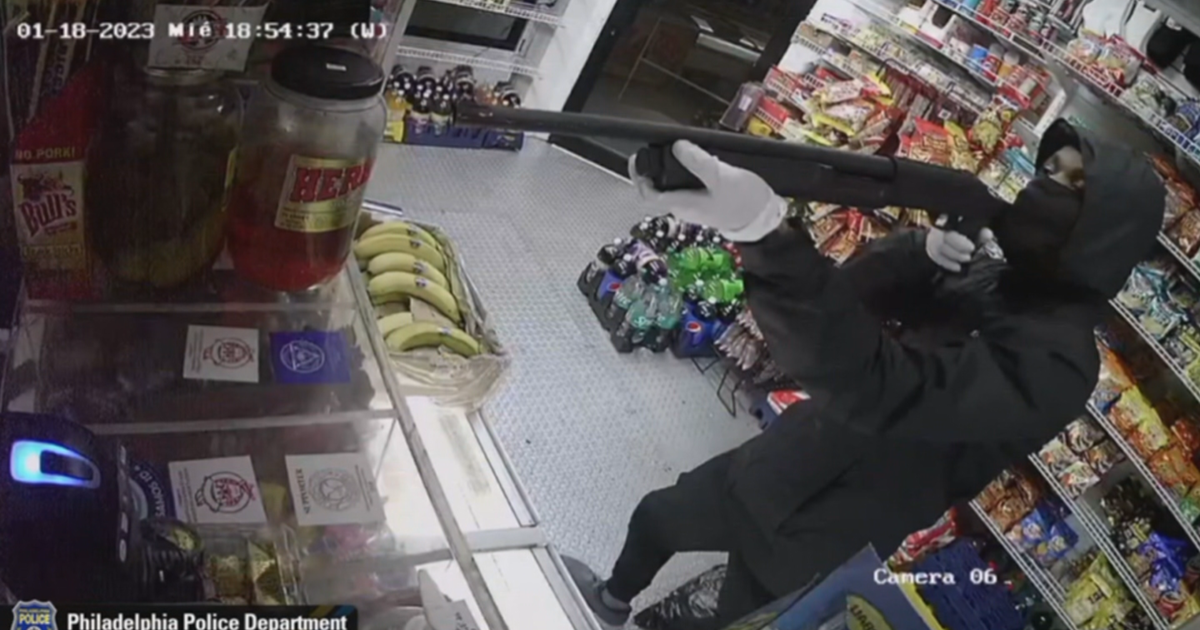 PHILADELPHIA (UKTN) — Police have released surveillance video showing a man pulling out a shotgun during a robbery in the Belmont neighborhood of West Philadelphia. The robbery took place on North 43rd Street on January 18 at around 7:00 p.m

Police are asking for the public’s help in identifying the two masked men involved in the attempted robbery.

According to police, the two men entered the supermarket armed with their faces covered.

One man had a semi-automatic pistol while the other man carried a shotgun. The two men threatened an employee and tried to get behind the till, but failed before leaving.

The supermarket employee was not injured.

The CBS3 Staff is a group of experienced journalists who bring you the content on CBSPhiladelphia.com.