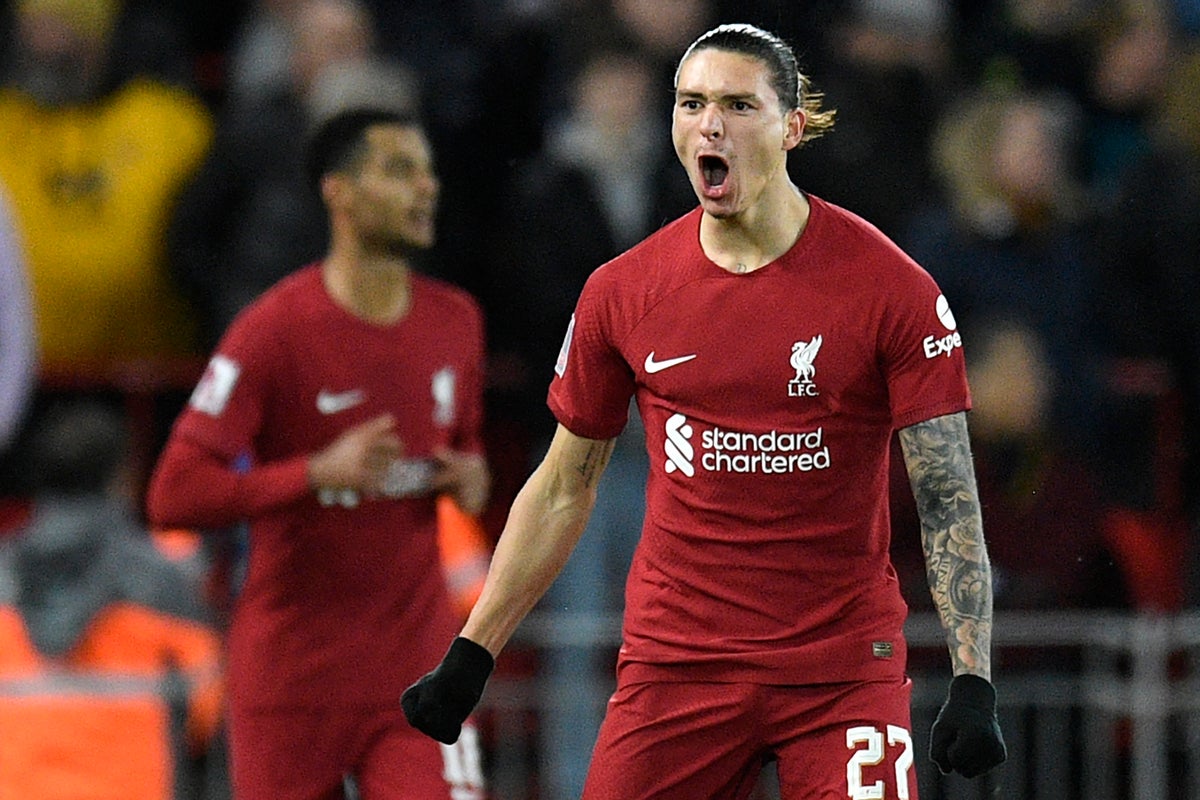 Liverpool hope to win again this weekend when they host Chelsea in the Premier League.

The Reds have lost their last two in the top flight, falling well short of the top-four race in the process, but can bounce back to sixth with a win here. They also won in their FA Cup replay against Wolves mid-week, to get some respite from the recent criticism.

Blues boss Graham Potter is no stranger to similar noises of discontent. He has had an uneven start at Stamford Bridge, losing too many games but also trying to balance an influx of new signings.

Joao Felix won’t be available here, but Mykhailo Mudryk will – and Benoit Badiashile has also quickly made a positive impact in defence, so both could play a role.

Here’s everything you need to know ahead of the game.

When is the game?

Liverpool will play against Chelsea on Saturday 21 January 2023 at 12.30 GMT and the match will take place at Anfield.

Where can I watch it?

Both sides continue to be plagued by injuries and the visitors have it worse in this encounter. Diogo Jota and Luis Diaz are missing from the Reds offense, but Darwin Nunez could return. Roberto Firmino remains a doubtful case. Arthur, Virgil van Dijk and Kostas Tsimikas are the other absentees. Jürgen Klopp must decide whether to recall players like Jordan Henderson and Joel Matip after they were left out mid-week.

Graham Potter almost misses a full potential 11, from goalkeeper Edouard Mendy to suspended striker Joao Felix. The biggest other absentees are Wesley Fofana, Raheem Sterling and Christian Pulisic, although the loss of options such as Ben Chilwell, Reece James or N’Golo Kante also makes a big difference. The right-back is back in training, but this game will certainly be too early to start, having suffered a setback in the previous time-out. Denis Zakaria, Ruben Loftus-Cheek and Armando Broja are also on the sidelines. Mykhailo Mudryk is lining up for his debut.

A narrow win for the hosts, although this is hard to predict given the woeful defensive displays from both sides of late. Perhaps the midweek FA Cup win is enough reset for Klopp’s team to find the organization they need? Liverpool 1-0 Chelsea.