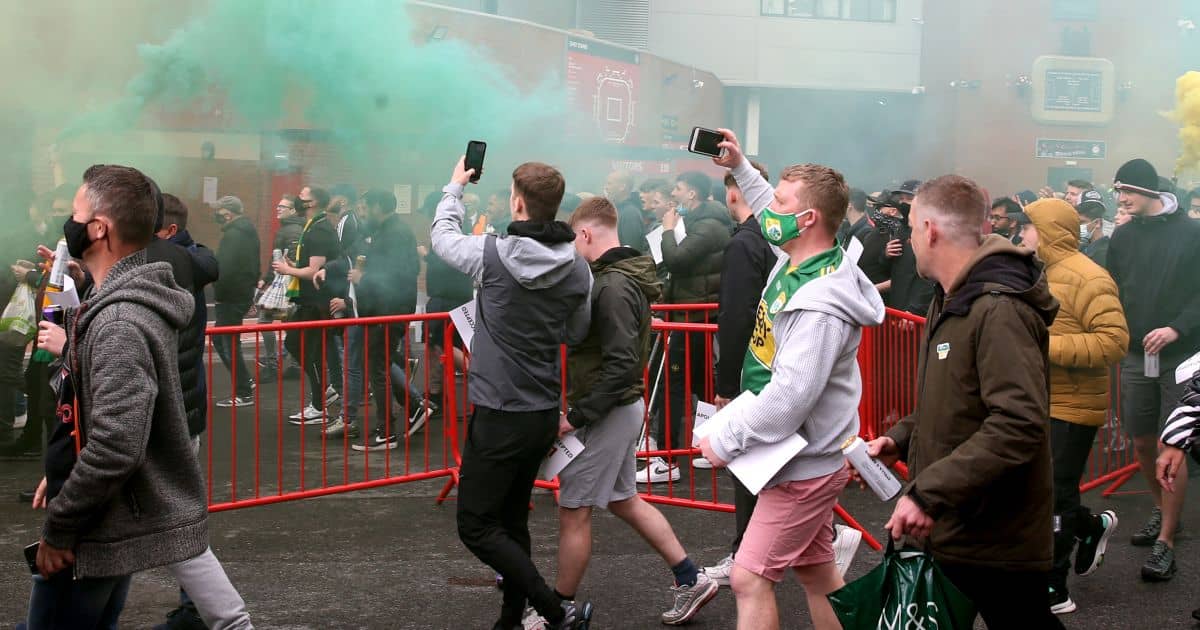 The Premier League has taken action to prevent its clubs from threatening to separate again in response to failed European Super League plans.

Six leading teams, including Manchester United and Liverpool, announced on April 18 that they were joining the new ESL, only to collapse under intense pressure within 48 hours.

A new set of measures put in place by the Premier League on Monday include additional rules and regulations and an owners charter that all club owners will have to subscribe to – committing them to upholding the fundamentals of the competition.

“The actions of a few clubs cannot be allowed to create such a division and such disruption,” a Premier League statement read.

“We are determined to get the truth about what happened and to hold these clubs accountable for their decisions and actions. We and the FA are pursuing these goals quickly and appropriately, consulting with supporters and the government. “

The Premier League insisted that the events of the past two weeks had “called into question the foundations and determination of English football”.

Fan protests in the days following ESL’s announcement, in addition to widespread criticism from the football world, resulted in most of the 12 European clubs – including the six Premier League teams – involved in the proposed withdrawal from separation.

A statement continued: “The Premier League, backed by the FA, is taking the following steps to protect our game, our clubs and their fans from further disruption and uncertainty.

“Additional rules and regulations to ensure the protection of the principles of the Premier League and open competition, a new owners’ charter to which all club owners will be required to subscribe, committing them to respect the fundamental principles of the Premier League , (all) violations of these rules and the Charter will be punishable by significant penalties.

“And we are asking for government support to pass appropriate legislation to protect the football’s open pyramid, the principles of sporting merit and the integrity of the football community.”

The Football Association have revealed that an official investigation into the formation of ESL and the involvement of the six English clubs – which also included Arsenal, Chelsea, Manchester City and Tottenham – was launched last week.

No repeat of the European Super League

He also reiterated his willingness to ensure that any threat of a return of a separatist division is thwarted.

A spokesperson for the governing body said: “Since learning about the European Super League, our priority and our goal has been to prevent it from happening, now and in the future.

“Throughout this period we have had continuous discussions with the government, the Premier League and UEFA.

“In particular, we have discussed legislation with the government that would allow us to prevent any similar threats in the future so that we can protect the pyramid of English football.

“Last week we launched an official investigation into the formation of the European Super League and the involvement of the six English clubs.

“We have written to all clubs to formally request all relevant information and evidence regarding their participation. Once we have the required information, we will consider the appropriate action to take. “

The fallout from the European Super League spilled over on Sunday when Manchester United supporters broke into Old Trafford to protest the Glazer family, with their intention to join the competition, a source of frustration with Red Devils ownership.

This resulted in United’s home game against Liverpool being postponed as two police officers were injured.

“The fans have played a vital and impactful role in helping to prevent the European Super League from happening, and we understand their frustrations,” the FA statement continued.

“However, we cannot tolerate the violent and criminal behavior that took place ahead of the scheduled Manchester United-Liverpool game, which the FA is currently investigating.”

The Premier League added: “We are committed to maintaining a close dialogue with supporters and their representatives, as we work with the FA and the government to identify solutions, but demand that all protests be peaceful.

“The actions of a minority of people at Old Trafford on Sunday have no justification and will be investigated by the Premier League and the FA as well as the Greater Manchester Police.”

Tsunoda has ‘question mark’ on AlphaTauri F1 car against Gasly