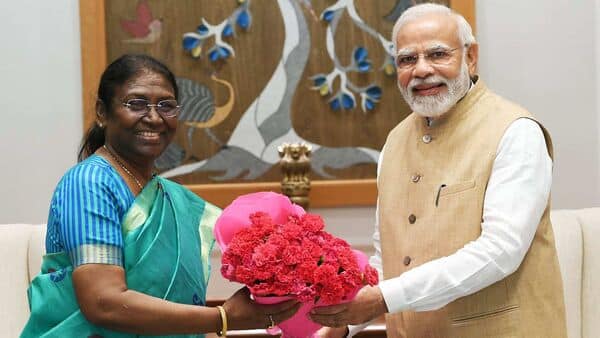 The political career of Draupadi Murmu

In 2007, the Odisha assembly honored her with the “Nilakantha Award” for best MP. She was a Junior Assistant in the Department of Irrigation and Power between 1979 and 1983. She held several organizational positions in the BJP and was Vice President of ST Morcha State in 1997.

Voting for India’s next president will begin on July 18 while counting will take place on July 21.

The electoral college for the presidential election comprises 543 Lok Sabha, 233 Rajya Sabha and 4,033 members of the legislative assemblies. The total value of the votes of the parliamentarians is 5,43,200, and that of the members of the assembly 5,43,231, totaling 1086431.

NDA is the largest group of Lok Sabha and Rajya Sabha, but it still needs the support of smaller parties and independents to secure a victory. The BJP is in power in 18 states. He has 5,32,351 votes out of 1086,431.