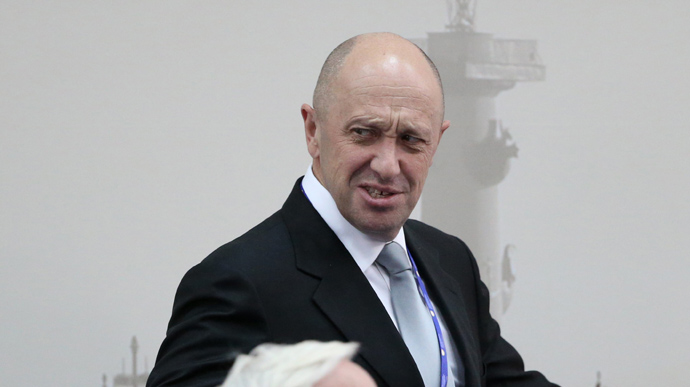 The Institute for the Study of War (ISW) has noted that Wagner financier Yevgeny Prigozhin has begun to lose credibility in the eyes of Russian President Vladimir Putin after many months of failed attempts to capture Bakhmut.

Details: ISW said that “the star of Wagner financier Yevgeny Prigozhin has begun to sink” after months of apparent rise after he failed to fulfill his promises to capture Bakhmut with his private forces.

Russian President Vladimir Putin probably pinned his hopes on Prigozhin, along with Prigozhin’s ally, army general Sergey Surovikin, to gain ground and break the will of Ukraine, along with his western backers, after the conventional Russian army reached its peak and had suffered disastrous setbacks there.

At the same time, the Russian Defense Ministry and General Staff, led by Sergey Shoigu and Army General Valery Gerasimov, respectively, have turned their attention to mobilizing Russian reservists and conscripts; and create conditions for better performance of the conventional Russian army, but they had little hope of achieving anything decisive in the fall and early winter of 2022.

Putin apparently decided to give Prigozhin and Surovikin a chance to show what they could do by relying on mobilized prisoners on the one hand and a brutal air campaign targeting Ukrainian civilian infrastructure on the other.

As ISW noted, both attempts failed.

Prigozhin seems to have believed during this time that his star was really on the rise and that he was able to challenge Gerasimov and even Shoigu for eminent position in Russian military affairs. That hope now appears to have been delusional.

ISW’s analysis is that Putin has decided to stop relying on Prigozhin and his irregular forces, and instead place his trust in Gerasimov, Shoigu and the Russian forces.

Such a decision by Putin would marginalize the Wagner Group and the siloviki faction [a small group of Russian businessmen and leaders with meaningful power bases and parallel military companies that includes individuals such as Prigozhin – ed.] who nevertheless continues to fight in Ukraine.

Putin is further trying to rebuild both the authority and the reputation of the Russian Defense Ministry, which was badly damaged by failures in 2022 and under heavy attack for months by the siloviki faction.

Prigozhin probably thought his efforts in Ukraine would continue to give him military and political power in Russia.

However, according to the ISW summary, both the intensification of the Battle of Bakhmut in December and its subsequent climax may also indicate that Prigozhin tried and failed to outdo the Russian Defense Ministry before the start of 2023.

ISW intelligence noted, “Prigozhin is unlikely to disappear permanently from Putin’s circle. He could potentially rise again if Gerasimov and his cronies fail Putin again.” But Prigozhin is, at least for now, apparently an increasingly depleted force in the Kremlin circle.

Given his previous conclusions, ISW summarized that Putin’s actions have put Russia back on track to rebuild its military. “NATO would do well to take note of this development as a matter of its own future security,” more than it can imagine for Ukraine.

Main inflections of ISW in ongoing military operations on January 22:

Journalists are fighting on their own frontline. Support Ukrainska Pravda or become our patron!