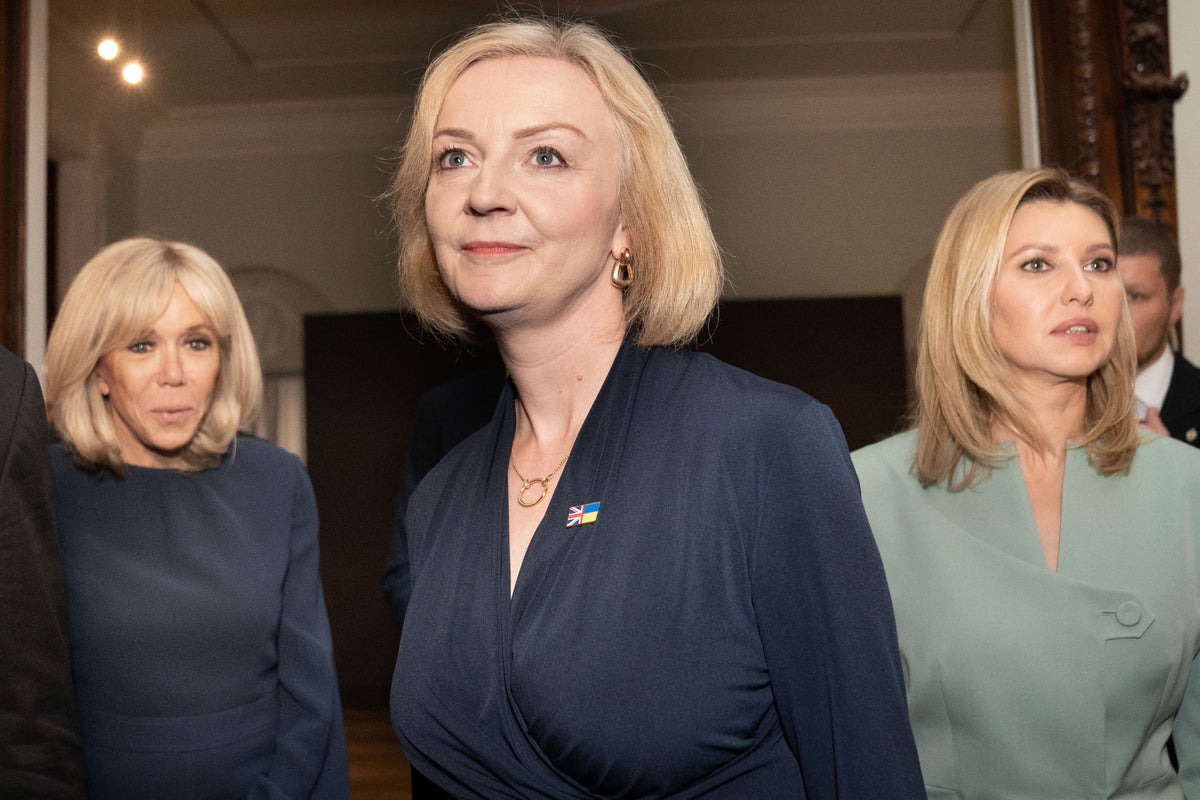 Ladimir Putin’s warning that Russia will use “all the means at our disposal” to protect itself has been dismissed as “saber rattling” by Prime Minister Liz Truss.

The Russian president’s comments in a televised address to the nation seemed to suggest that the conflict in Ukraine could escalate into a nuclear crisis.

He announced a partial military mobilization, calling up 300,000 reservists as the Kremlin tries to regain ground in the face of a counterattack by Ukrainian forces.

And Mr Putin said “it’s not a bluff” when he vowed that Russia would use its weapons of mass destruction if its territory was threatened.

The Russian leader accused the West of “nuclear blackmail” and claimed that “high-ranking representatives of leading NATO states” had discussed the possibility of using weapons of mass destruction against Russia.

“To those who allow themselves such statements about Russia, I would like to remind you that our country also has various means of destruction at its disposal,” Putin said.

Speaking in New York where she attends the United Nations General Assembly, Ms Truss said it was important for her to be at the meeting with fellow leaders “because we are facing such a difficult international situation with the war in Ukraine started by Vladimir Putin”.

“We heard more saber chatter from him this morning,” she said.

“But we also need to get the global economy back on its feet after Covid, and really make sure that democracy wins.”

In a joint statement with European Commission President Ursula von der Leyen, she added that the Russian military mobilization was “a sign of weakness”.

The Moscow-controlled regions of eastern and southern Ukraine are planning to hold referendums to join Russia, which could give the Kremlin the pretext for wider war, as Putin could claim parts of his state were attacked.

Foreign Secretary James Cleverly said the UK would never recognize the results of “mock referendums” held “with the barrel of a gun”.

Defense Secretary Ben Wallace said Mr Putin’s actions were “a recognition that his invasion is failing” and “Russia is becoming a global pariah”.

Melinda Simmons, the British ambassador to Kiev, said the Russian president’s “essential weakness” was “he still refuses to understand Ukraine”.

An update to British defense intelligence suggested Putin was being forced to undermine his own public stance that the war in Ukraine was a “special military operation” rather than a large-scale conflict.

“These new measures have most likely been brought forward as a result of public criticism and mark a further development in Russia’s strategy,” the defense ministry said.

“Putin is taking a greater political risk by undermining the fiction that Russia is not at war, nor in a national crisis, in hopes of generating more combat power.”

A former adviser to Putin suggested the Russian leader would be ready to use nuclear weapons against Western countries like the UK.

As to whether nuclear missiles can be aimed at London, Russian political scientist Sergei Markov claimed on UKTN Radio 4’s Today program “yes, it is possible”.

Markov added: “This nuclear war could be the result of the crazy behavior of United States President Joe Biden and Britain’s Prime Ministers Boris Johnson and Liz Truss.”

The prime minister, who will hold talks with the US president on Wednesday, used her visit to the United Nations to rally support for Ukraine.