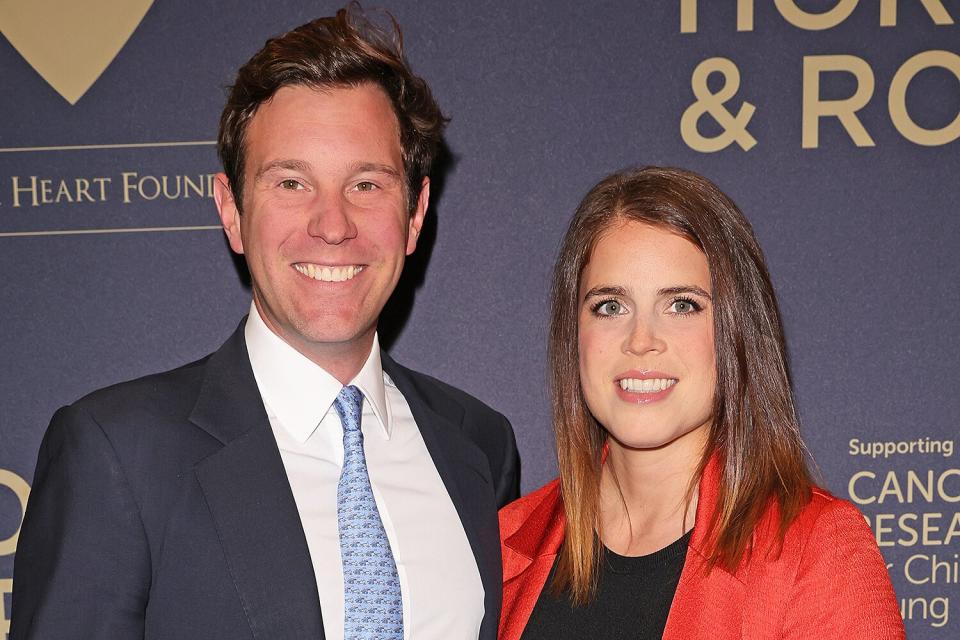 Queen Elizabeth II’s granddaughter has announced she is pregnant via a statement from Buckingham Palace. This will be the couple’s second child, along with son August Philip Hawke, who was born in February 2021.

“Princess Eugenie and Mr. Jack Brooksbank are delighted to announce that they are expecting their second child this summer,” the palace said in the announcement. “The family is very happy and August is very much looking forward to becoming a big brother.”

Princess Eugenie and Jack first met on a ski trip in 2010 in Verbier, Switzerland. Eugenie said during their engagement conversation that it was “love at first sight” – and Jack agreed.

Jack proposed to Princess Eugenie while vacationing in Nicaragua in January 2018.

“The lake was so beautiful. The light was just a special light I had never seen before,” said the royal family. “I actually said, ‘This is an incredible moment,’ and then he popped the question, which was really surprising, even though we’ve been together for seven years. I was over the moon.”

The couple tied the knot on October 12, 2018 at St. George’s Chapel at Windsor Castle.

RELATED: The relationship timeline of Princess Eugenie and Jack Brooksbank

Eugenie, whose parents are Prince Andrew and Sarah Ferguson, and Jack announced they were expecting their first child in September 2020.

“Jack and I are so excited for early 2021…” she wrote on Instagram with a photo of fluffy baby slippers.

Princess Eugenie also shared her son’s first photos in a modern and recognizable way: on Instagram.

“Our hearts are full of love for this little human being, words can’t express it,” she captioned their first public family photo.

After his birth, August quickly became a star on his mother’s social media page. In June 2022, he made his royal debut alongside his parents at Queen Elizabeth’s Platinum Jubilee Pageant in London.

Dressed in a blue sweater with a Union Jack motif, August happily bounced on his mother’s knee as the parade of musicians, dancers, acrobats and floats passed the royal box outside Buckingham Palace.

Can’t get enough of it PEOPLE‘s Royals cover? Sign up for our free Royals newsletter to get the latest updates Kate Middleton, Megan Markle and more!

Fergie, as Eugenie’s mother is affectionately known, opened up in a 2021 open letter to her daughters Princess Beatrice and Princess Eugenie that she was going to be “grandma.” Good housekeeping.

“Every day I thank the universe for letting me be your mother,” Fergie wrote. “You have always been the blood in my veins. From the time you were little, you have made my life complete. I look at how full of humility, laughter and joy you are in your heart, and I marvel at you both. Now, in you as mothers I see strength, courage and fortitude, integrity and goodness, and the way you embrace every challenge and every moment. It’s an extraordinary feeling when your child becomes a mother.”

She continued, “Suddenly my little girls have their own little ones… such a feeling to get used to. But if I cry or cry when you drive away, it’s only because I’m so proud of you. It’s only taken 33 years we’ve been, but now you’re creating your own family, and I couldn’t be happier for both of you and for my beautiful sons-in-law, Jack and Edo.”