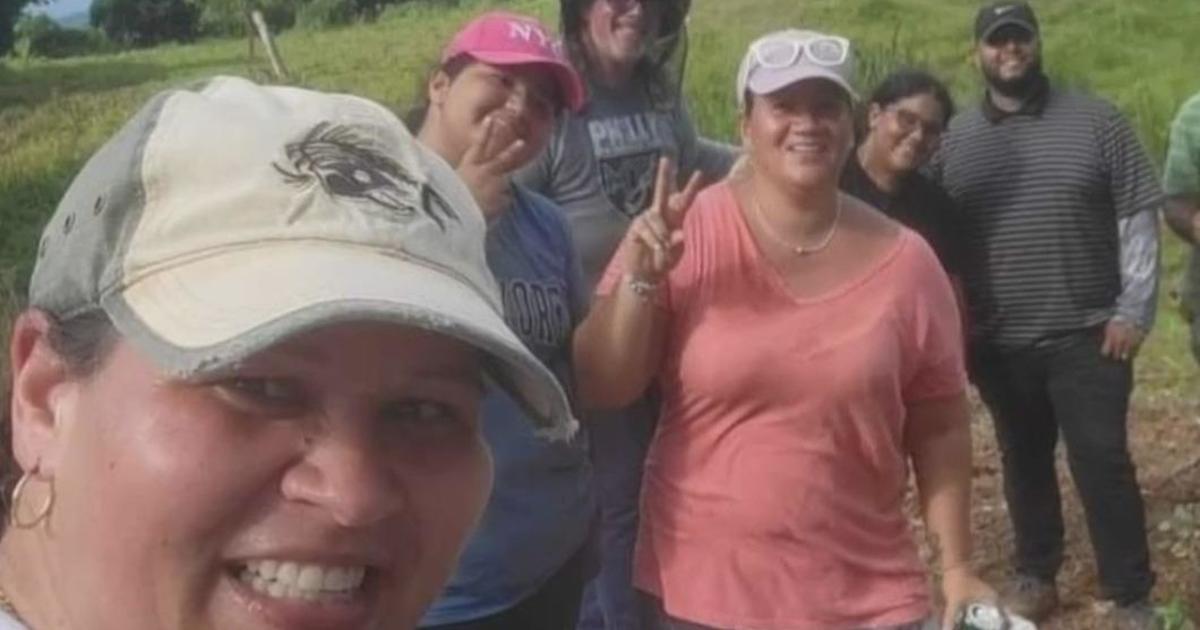 PHILADELPHIA (UKTN) — Many people in the Philadelphia area, especially those with ties to Puerto Rico, are looking for ways to help the victims of the hurricane.

So many people in our community have loved ones in Puerto Rico. They tell CBS3 it’s hard to see what these people are going through. We’ve been in touch with a family in Puerto Rico who says that if you want to help, you should contact grassroots organizations or churches like the Church of the Crucifixion that understand the people of the island and where the need is greatest.

Madeline Negron, guided us through the aftermath and destruction of Hurricane Fiona.

“We had 450 plantains, they’re one now,” Negron said. “We have over 250 breadfruit trees. We were just setting up our chicken coop.”

Negron moved from Philadelphia back to her home, Puerto Rico, after serving with a missionary group during Hurricane Maria. Her missionary efforts continued by developing a farm that would feed the island, a trade she had learned from her father.

“Spend that time together and learn about farming,” Negron said. “If you want a mango, if you want a banana, if you find a pineapple. I wanted my kids to understand what that was.”

Unfortunately, Mother Nature had other plans for the time being.

“Mary came in, she came in, did her damage and left where Fiona rained non-stop for three days,” Negron said.

The hurricane again left many people without basic services and destroyed Puerto Rico’s electrical grid, which was never fully recovered after Maria.

“I have no power, we have no water, some roads are still closed,” Negron said. “A lot of people ask for mattresses and cots.”

As the storm continues, Negron takes all the food left over on her farm and takes it to the hard-to-reach areas. And it will be a while before she returns to Philadelphia.

CBS3’s Wakisha Bailey: “Would You Do It All Over Again?”

Negron: “Absolutely, I wouldn’t even think about it.”

That is the spirit of the people of Puerto Rico: resilience.