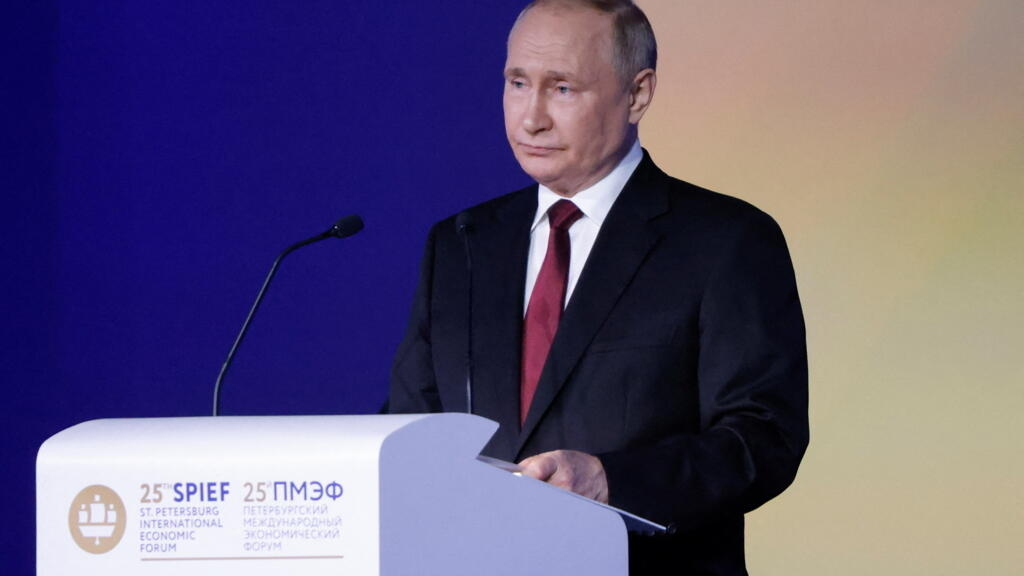 Russian President Vladimir Putin on Friday accused the West of colonial arrogance and an attempt to crush his country with “stupid” sanctions that amount to an economic “blitzkrieg”.

Addressing the St Petersburg International Economic Forum, a flagship event held this year with almost no Western participation, he told Russia’s political and business elite: “We are strong people and can rise to any challenge. Like our ancestors, we will solve any problem, the whole millennial history of our country speaks about it.”

Putin was applauded in the room when he reaffirmed his determination to continue the “special military operation” in Ukraine that triggered what he called an “unprecedented” barrage of Western economic sanctions.

He said the main purpose of the incursion was to defend “our” people in the largely Russian-speaking Donbass region of eastern Ukraine – a justification that Kyiv and the West dismiss as a baseless pretext for a war that has already led to the occupation of parts of southern Ukraine far beyond the Donbass.

See also  Zelensky vows to take back the south, NATO chief warns of a long war

“The West basically refused to fulfill its previous obligations, it simply proved impossible to conclude new agreements with it,” Putin said.

“In the current situation, in the context of increasing risks and threats for us, Russia’s decision to carry out a special military operation was forced – difficult, of course, but forced and necessary.”

Putin said the United States sees itself as “God’s emissary on Earth” and that Western sanctions were based on a false premise that Russia has no economic sovereignty.

Washington and its allies were trying to “change the course of history”, he said, to weaken a sovereign and independent Russia.

Shortly before Putin took the floor, the Kremlin announced that a cyber “denial of service” attack had disabled the conference’s accreditation and admissions systems, forcing it to delay the conference by one hour. scheduled start of his speech.

Climate justice funds are flowing to groups in the United States