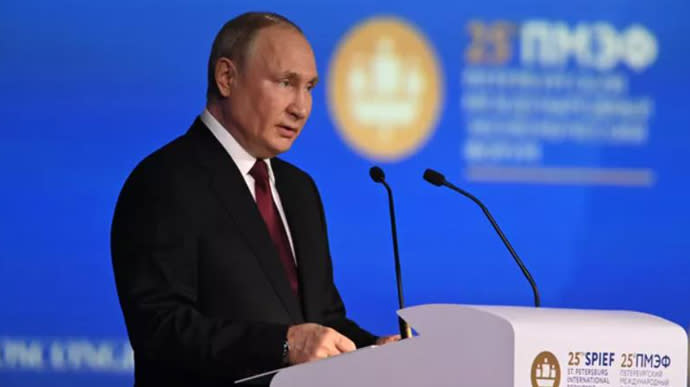 Russian President Vladimir Putin has said that “all the objectives” of the war with Ukraine will be “achieved”.

Quotation: “All the objectives of the special military operation will undoubtedly be achieved…

The modern world is going through a period of fundamental change. International institutions are collapsing and malfunctioning, security guarantees are losing their value.

The West has basically refused to fulfill its previous obligations. It was absolutely impossible to agree on new obligations.

In the current situation, given the ever-increasing risks and threats. Russia was forced to carry out a “special military operation”. It was a difficult but necessary decision.”

Details: This is not the first time that Putin has justified the attack on Ukraine with his desire to “defend the security” of Russia and he claims he had the right to do so.

He insists that his decision “aims to protect the citizens of the Russian Federation and the inhabitants of the Donbass republics who have suffered the genocide of the Kyiv regime and the neo-Nazis for the past 8 years, with the approval of the West”.

Putin assured his fellow citizens and the Taliban, who attended the forum, that the West would have liked to implement an “anti-Russian” scenario in Ukraine and carried out active militarization of Ukrainian territory.

The President of Russia, where almost 15% of the population lives below the poverty line, claimed that the United States and the West do not care much about the economic development and well-being of Ukrainians: “However, they have always been ready to spend any amount of money to create a NATO beachhead in eastern Ukraine, and they continue to spend”.