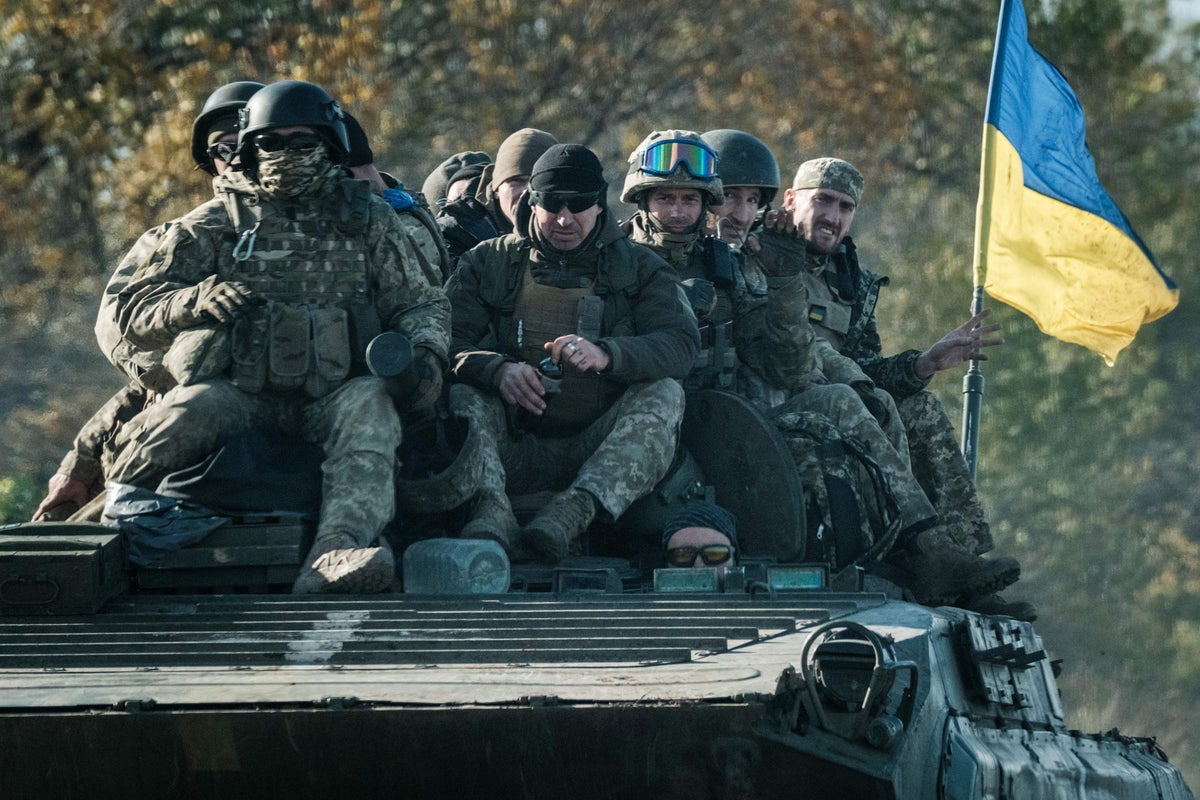 Volodymyr Zelensky has said that Russian occupiers in Ukraine are in a state of panic when he announced that his soldiers have moved further east into the area recently abandoned by Russia.

“The occupiers are clearly in panic,” Zelensky said in his overnight speech last night, adding that Ukrainian troops will move forward with a sharper focus on “speed” in liberated areas.

The advance of Ukrainian troops could likely lead to a possible attack on Moscow’s troops deployed in the Donbas region, with Kiev receiving more Western weapons, including tanks from Washington.

See also  Reminder of the queue: 'It will shape my memories forever'

However, Ukrainian officials exhumed 146 bodies buried without coffins in Izium – the recaptured city of Kharkiv – in a makeshift forest cemetery. The satellite images of the vast forest showed the cemetery laid out in the forest.

Meanwhile, EU foreign affairs chief Josep Borrell has said the war in Ukraine will be the main issue at the UN General Assembly this week.

British Prime Minister Liz Truss has said in a statement released today that the UK will match the record amount of monetary aid to Ukraine in 2023.

The UK will match or exceed the amount of military aid spent on Ukraine this year in 2023, which amounted to £2.3 billion this year, Ms Truss said.

The UK’s military support to Ukraine likely includes equipment such as the Multiple Launch Rocket System, Truss’s office said in a statement.

In Photos: Ukraine unearths more than 100 bodies with signs of torture in Kharkiv

Russian forces have “almost certainly” moved their submarines from Crimea to Krasnodar in southern Russia amid a local security threat, the British Defense Ministry said today.

“The Russian Black Sea Fleet Command has almost certainly moved its KILO-class submarines from their home port of Sevastopol in Crimea to Novorossiysk in Krasnodar Krai, southern Russia,” the ministry said in its latest intelligence update.

“This is most likely due to the recent change in the local security threat level in light of the increased Ukrainian long-range attack capability. In the past two months, the fleet headquarters and the main naval airfield have been attacked,” it added.

The Defense Ministry noted that “guaranteeing the base of the Black Sea fleet in Crimea was probably one of Russian President Vladimir Putin’s motivations to annex the peninsula in 2014”.

Basic security has now been directly undermined by Russia’s continued aggression against Ukraine, it added.

Putin failed to achieve any strategic goal in Ukraine, US official says

A senior US official has said Vladimir Putin failed to achieve strategic goals in his invasion of Ukraine.

“The bottom line is that the whole Russian invasion of Ukraine is that Russian President Vladimir V Putin failed to achieve one of his strategic goals by launching the brutal and unprovoked attack,” a senior said. defense officer in the background on Monday.

The official added: “It failed, and the Russians withdrew from the region near the capital and moved troops east,” referring to the Kremlin’s departure from Kharkov.

“On Sept. 1, President Putin called for the entire Donetsk province to be under Russian control by Sept. 15,” the official said, according to a release by the foreign ministry.

“But Putin’s forces have clearly failed,” he added.

The US official added that “the Ukrainian military, on the other hand, has high morale because it pushes through in a very deliberate manner.”

Nearly 450 graves were found at the site, Volodymyr Zelensky had said last week.

Authorities in Ukraine are still assessing incidents and war crimes that have taken place for months in areas controlled by Russian forces.

The workers are using shovels to excavate the partially decomposed bodies, officials said. According to locals, the remains lay in the city streets long after they died before being buried in the city.

“Soldiers had their hands tied, there were signs of torture of civilians,” Serhiy Bolvinov, the chief of investigation police in the Kharkiv region, said Monday.

At least 17 soldiers were found buried in a mass grave at the site, officials said.

US could supply Ukraine with tanks, report says

The US could try to send more heavy artillery into the ongoing war in Ukraine, a senior military official said, UKTN reported.

According to the official, tanks are “definitely on the table” but are not currently an option due to problems with training, maintenance and upkeep.

“We are looking at the entirety of Ukraine’s armed forces and considering for the future what capabilities they need and how the US and our allies can support Ukraine in building those capabilities,” the official said during a background call. with reporters.

Ukraine war to be submitted to UNGA tomorrow as ‘key issue’

The war in Ukraine will be the main issue at the United Nations General Assembly tomorrow, said EU foreign affairs chief Josep Borrell.

“Last year we talked about Afghanistan, and this week Ukraine will be the main issue. Because the war in Ukraine is not just a war in Ukraine,” Borrell said in a speech yesterday.

He added: “The Ukrainians are fighting, they are being bombed with missiles; and the rest of the world is being hit by the rise in energy, food prices, increasing uncertainty and high interest rates.”

Volodymyr Zelensky continued his pitch to seek more weapons from Ukraine’s allies against the Russian invasion in his late-night speech.

“We’re talking honestly about this – the pace of providing aid to Ukraine should match the pace of our movement,” Mr Zelensky said.

The Ukrainian war chief said he will use the upcoming video address to the United Nations General Assembly on Wednesday to seek more weapons and accelerate aid deliveries.

“Tomorrow will be a very important day – we are preparing a speech to the UN General Assembly. There will be important signals from our state,” the Ukrainian president said.

“We are doing everything we can to ensure that Ukraine’s needs are met at all levels – defense, financial, economic, diplomatic,” said Mr Zelensky.

Putin’s troops are clearly in a panic, says Zelensky

Volodymyr Zelensky said the Russian “occupiers” are panicking as his soldiers further strengthen their hold in other recaptured areas, adding that his fighters will now focus on “speed” in the next phase of the war.

“The Kharkiv region – we are stabilizing the situation and holding our positions. firm. So strong that the occupiers are palpably panicking. Well, we have warned that the Russian soldiers in Ukraine have only two options: flee our country or surrender,” Zelensky said in his overnight address.

He added that he is offering the employees similar options. “…Either they will try to escape, and it remains to be seen whether Russia will allow them into its territory, despite having given them their passports, or whether the collaborators will be convicted under Ukraine’s current law,” said Mr Zelensky. said.

Good morning, welcome to our coverage of the war in Ukraine on Tuesday, September 20.