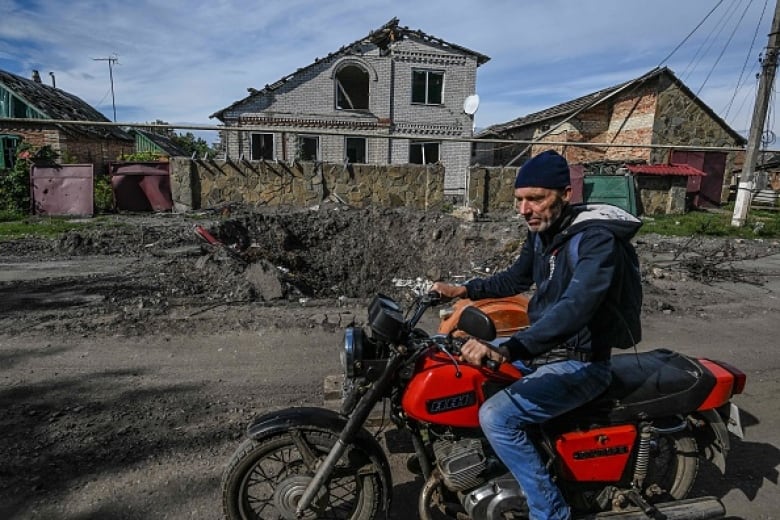 Russian President Vladimir Putin announced a partial mobilization in Russia on Wednesday as the war in Ukraine continues for nearly seven months and Moscow is losing ground on the battlefield.

Putin’s speech to the nation comes a day after Russia-controlled regions of eastern and southern Ukraine announced plans to hold votes to become an integral part of Russia. The Kremlin-backed efforts to gobble up four regions could set the stage for Moscow to escalate the war after Ukrainian successes.

Putin also warned the West that “it is not a bluff” that Russia would use all available means to protect its territory.

Putin said he has signed a decree on the partial mobilization, which will start on Wednesday.

Putin said the decision to partially mobilize was “completely adequate for the threats we face, namely to protect our homeland, its sovereignty and territorial integrity, to ensure the safety of our people and people in the liberated areas.”

Four Russian-controlled regions announced plans on Tuesday to vote this week to become an integral part of Russia, which could set the stage for Moscow to escalate the war after Ukrainian successes on the battlefield.

Former President Dmitry Medvedev, the deputy head of the Russian Security Council chaired by Putin, said referendums that fold regions in Russia itself would make redrawn borders “irreversible” and allow Moscow to use “all means” to defend them. .

In his late-night speech, Zelenskyy said there were many questions about the announcements, but emphasized that they would not change Ukraine’s commitment to retake the territories occupied by Russian troops.

“The frontline situation clearly indicates that the initiative is from Ukraine,” he said. “Our views don’t change because of the noise or any announcements somewhere. And we have the full support of our partners in doing so.”

The upcoming votes in the Luhansk, Kherson, Zaporizhzhya and Donetsk regions will almost certainly go in the direction of Moscow. But they were quickly dismissed as illegitimate by Western leaders who backed Kiev with military and other support that helped its forces gain momentum on the battlefields to the east and south.

“I thank all of Ukraine’s friends and partners for the massive, principled condemnation of Russia’s attempts to organize new mock referendums,” Zelenskyy said.