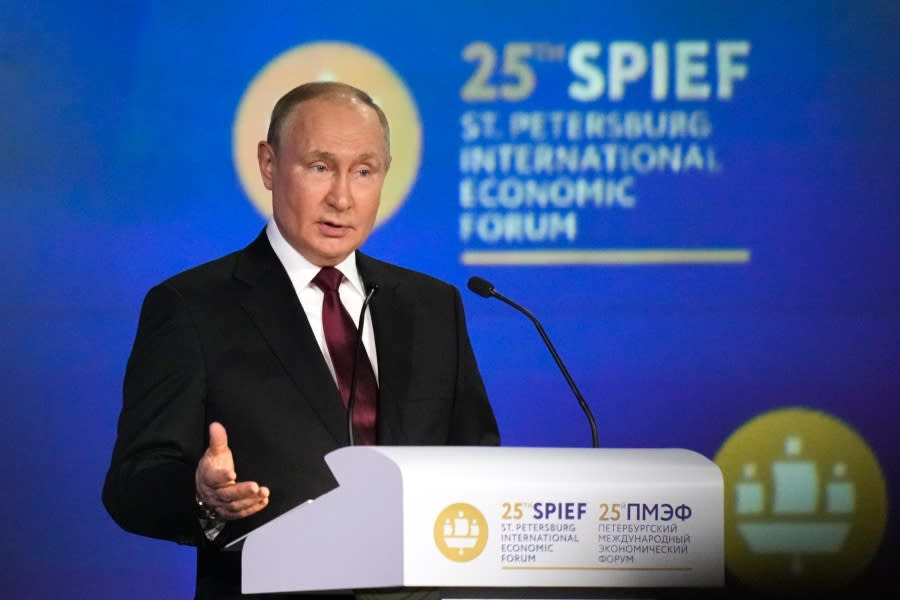 Russian President Vladimir Putin claimed in a speech at the St. Petersburg International Economic Forum on Friday that Russia’s invasion of Ukraine was “forced” on us after a 90-minute delay due to a cyberattack.

Putin said his invasion of neighboring Ukraine in late February was “the decision of a sovereign country that has the unconditional right…to defend its security.”

The president repeated his claims that Moscow chose to invade because Russians living in eastern Ukraine were in danger and needed protection.

He clarified, referring to two separatist territories in this region: “A decision aimed at protecting our citizens, the residents of the people’s republics of Donbass, who for eight years were subjected to genocide by the Kyiv regime and the neo-Nazis who received the full protection of the West. »

Putin also called his decision to invade necessary for the maintenance of moral purity in Russia, saying that Russian soldiers are fighting for the right to “reject any attempt to impose from outside pseudo values ​​of dehumanization and moral degradation”.

Much of Putin’s speech was aimed at criticizing the United States and the European Union for supporting Ukraine during Russia’s war on the country.

“When it won the Cold War, the United States declared itself God’s own representatives on Earth, people who have no responsibilities — only interests. They have declared these interests sacred. Now it’s one-way traffic, which makes the world unstable,” Putin said.

He added of the EU: “The European Union has completely lost its sovereignty, and its elites are dancing to someone else’s tune, harming their own people.”

Putin portrayed the NATO-affiliated bloc as a power-hungry giant looking for reasons to challenge his country, saying Russia’s war on Ukraine was a “lifeline for the West to blame all the problems on Russia”.

Despite the fact that the West “continues to pump Ukraine with weapons”, Putin said of the invasion that “all the objectives of the special operation will be achieved without a doubt”.

“We will certainly use the colossal opportunities presented by the current times and we will be even stronger,” he said.

Kremlin spokesman Dmitry Peskov told reporters that Putin’s speech was delayed for more than an hour and a half due to a distributed denial-of-service cyberattack, the source of which was not immediately known. obvious, according to the UKTN.

For the latest news, weather, sports and streaming videos, head to The Hill.