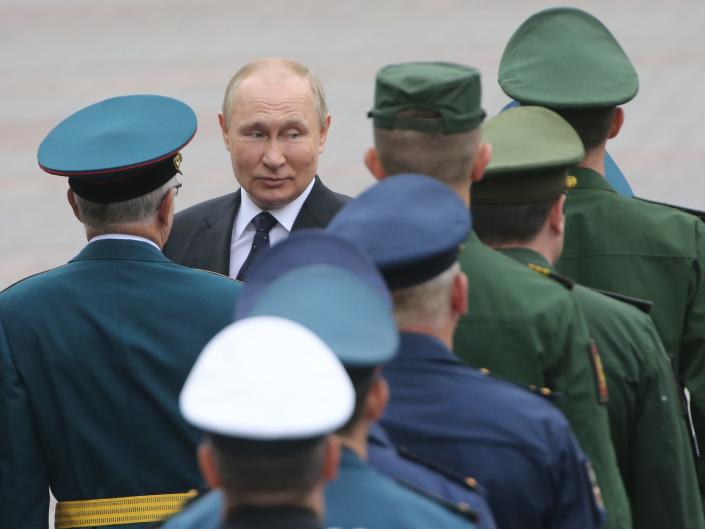 A new study released Wednesday shows that a median of 90% of people in 18 countries said they had little confidence that Russian President Vladimir Putin would “do the right thing” in world affairs.

From February to May, the Pew Research Center surveyed opinions about Russia, NATO and Putin among 23,484 adults in countries with advanced economies such as the United States, Canada, Spain, Israel, Japan and Australia.

The survey found that across the 18 countries, a median of 78% said they had no confidence at all that Putin would handle global affairs responsibly.

“Over the past two decades, Putin’s ratings have been on a downward trend in many countries,” the researchers wrote. “But in 2022, those numbers are at record highs in every country where trends are available, with double-digit declines in most since the last survey year.”

Malaysia was the only country to reverse the trend, with 59% of its respondents expressing at least some or a great deal of trust in Putin.

In the United States, only 6% said they trusted the Russian leader to do the right thing on the world stage.

In Europe, Greece is the country that has spoken most positively of Putin, with 27% of respondents approving of his actions on the world stage.

Although the survey did not ask respondents any questions about the war in Ukraine, Pew said most of the interviews were conducted after the start of the Russian invasion of Ukraine on February 24. The results show how the war shaped public opinion, the researchers said.

Pew noted that Europeans who support their country’s right-wing populist parties tend to favor Putin more than their counterparts. However, confidence in him has still dropped significantly among these groups since last year.

By comparison, Pew’s 2021 survey of the Russian leader found that a median of 74% of people in 17 countries said they did not have much faith in Putin to handle global issues.

The latest figures from Pew also mean that Putin is now rated lower in the world than Chinese President Xi Jinping, who holds an 18% trust rating among people from the same 18 countries.

Singapore and Malaysia, the only two Southeast Asian countries in the survey, gave Xi trust ratings of 69% and 62%, respectively.