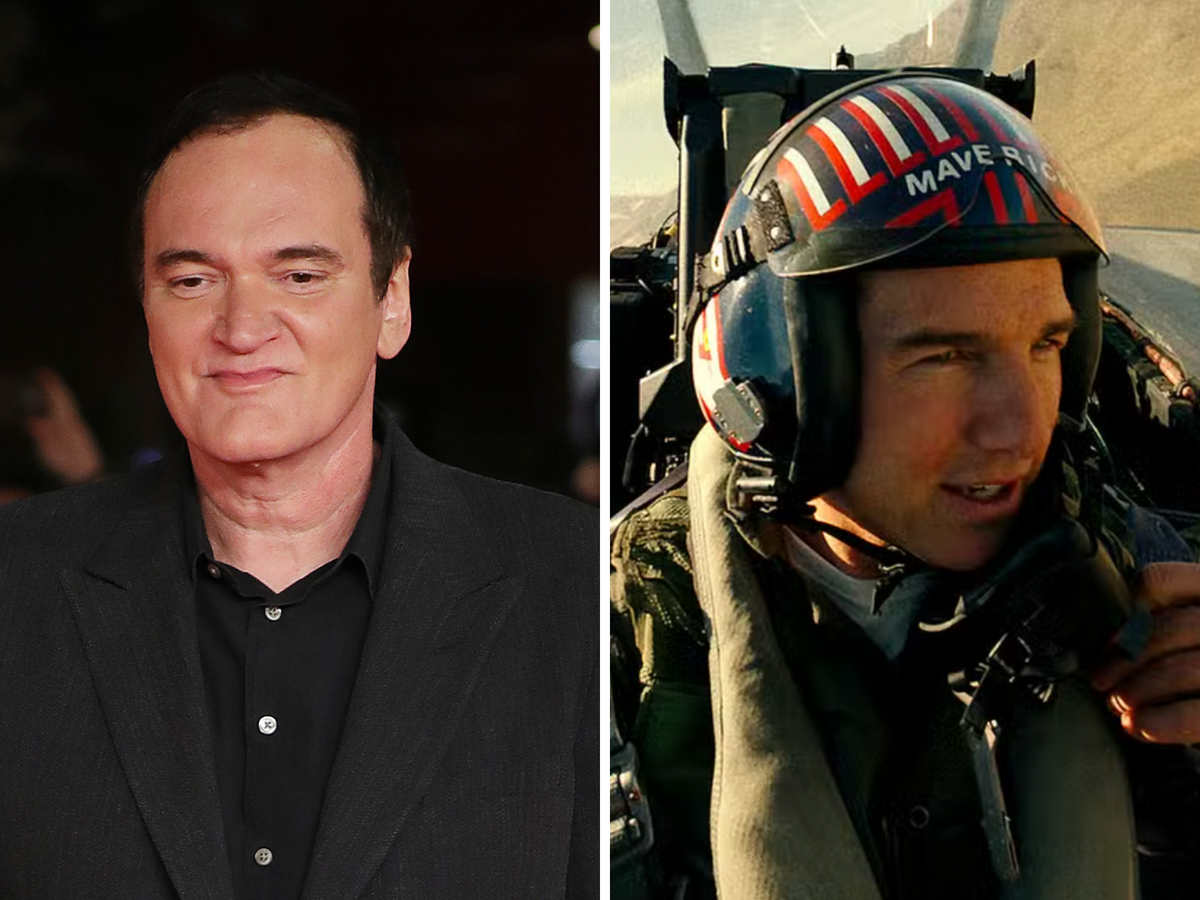 In the Tom Cruise-led sequel — which hits theaters May 27 — the 60-year-old actor will reprise his role as Navy aviator Pete “Maverick” Mitchell, more than 30 years after the original film.

After its premiere, critics called it the “best film of the year”. Nearly a month after its release, it became only the third Hollywood film to exceed $900 million since the start of the pandemic.

Now, with a recent appearance on the ReelBlend podcast, Tarantino has entered the conversation and gives his opinion on the action blockbuster.

The movie mogul started with the stipulation that he doesn’t often talk about new films ‘because then I only have to say good things, or I ‘slam’ someone, I don’t want that. ”

“But in this case I fucking love Top Gun: Maverick. I thought it was fantastic. I’ve seen it in theaters,” he exulted.

“To date [Steven] Spielberg’s West Side Story both made for a true cinematic spectacle,” he added. “The kind I almost thought I’d never see again. It was fantastic.”

Tarantino continued: “But there was also just this beautiful, beautiful aspect, because I love both [original Top Gun director] Tony Scott’s cinema so much, and I love Tony so much it’s as close as we’ll ever see another Tony Scott movie.” Scott died in 2012.

He further praised director Joseph Kosinski for having “Tony’s respect and love” in “every frame”.

“It was in almost every decision. It was deliberately right there, but in this cool way it was really respectful.”

The Kill Bill director said: “And I think it was in every decision Tom [Cruise] made on the movie. It’s the closest we’ll ever come to seeing another Tony Scott movie, and it was a great movie.”

Last month, Tarantino revealed his unlikely love for the children’s animated series Peppa Pig, called it the “biggest British import of this decade”.