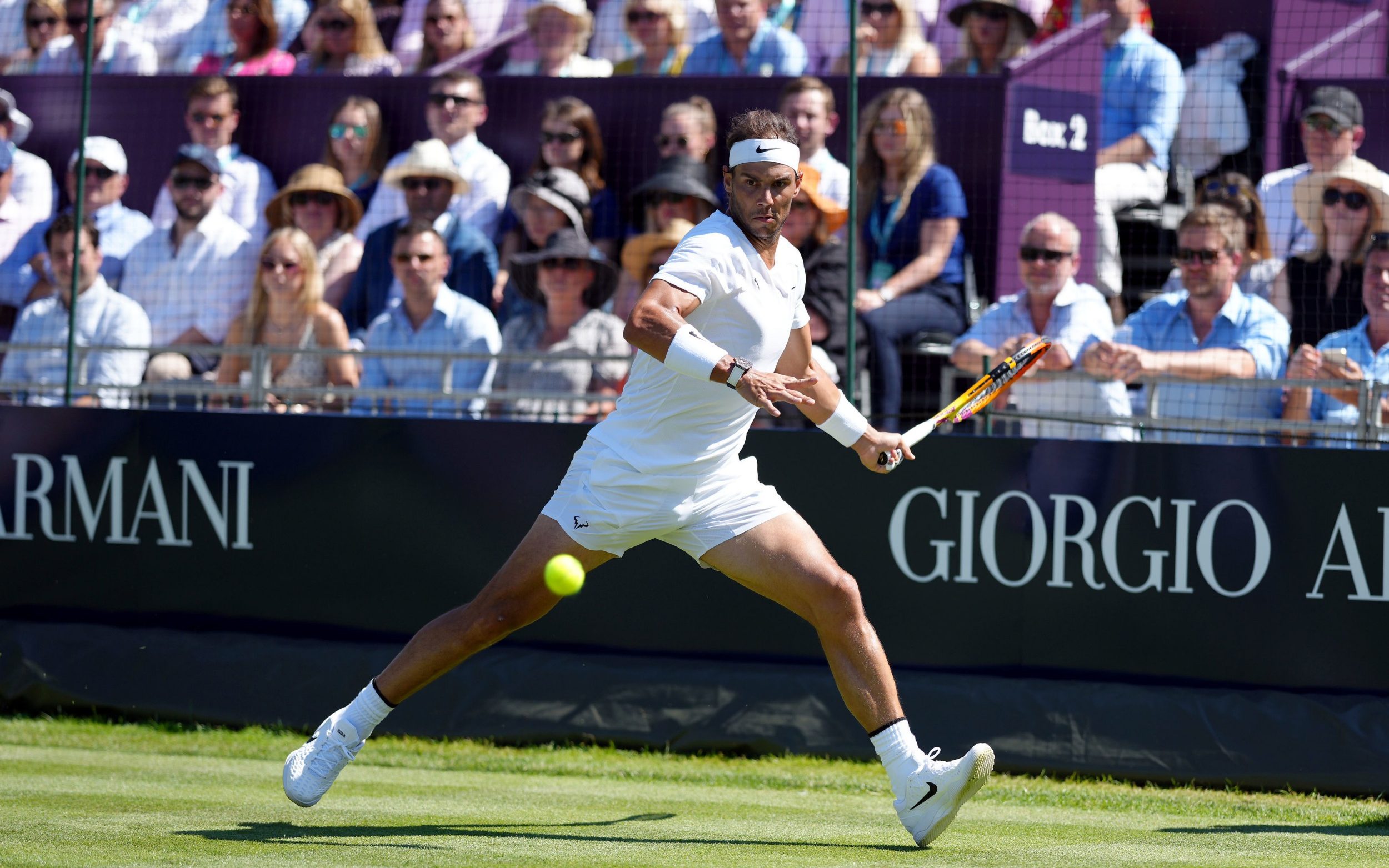 As the Hurlingham Club welcomes a group of retired ‘legends’ from the tour this week, Rafael Nadal and Novak Djokovic showed up to show how they continue to outdo young tennis talent.

Djokovic, 35, started his grass season by beating Canadian Felix Auger-Aliassime in the scorching sun at the west London exhibition. It was 20-time major champion Djokovic’s first visit to the Hurlingham Club and his first game since the French Open quarter-final, which he lost to Nadal.

He has chosen not to play on grass so far. Like Nadal, 36, he returns to the box, with no competitive warm-up action ahead of Wimbledon. But the evidence suggests that, as always, the reigning Wimbledon champion remains a natural. Djokovic’s 6-2, 6-1 win over 21-year-old Auger-Aliassime, who struggled with his serve, was as easy as it gets.

For Nadal, the most important thing was that there were no problems with his right foot in his easy win over Stan Wawrinka. Considering he needed numbing injections in his foot and a host of anti-inflammatories just to play French Open pain free, it’s a huge win that he’s even back here.

He revealed last week that he fully intends to play Wimbledon and looked in good spirits playing a golf tournament this weekend – in which he placed fifth – in his Mallorca native. As he used a golf cart to rest his foot as much as possible, all pointed to good signs ahead of his return to the game field on Wednesday.

Nadal and Djokovic trained on the Wimbledon court this week, alongside two-time champion Andy Murray and US Open star Emma Raducanu, who are both returning from abdominal injuries.

England Australia rugby tour 2022: When is it, how many matches are scheduled and how to watch