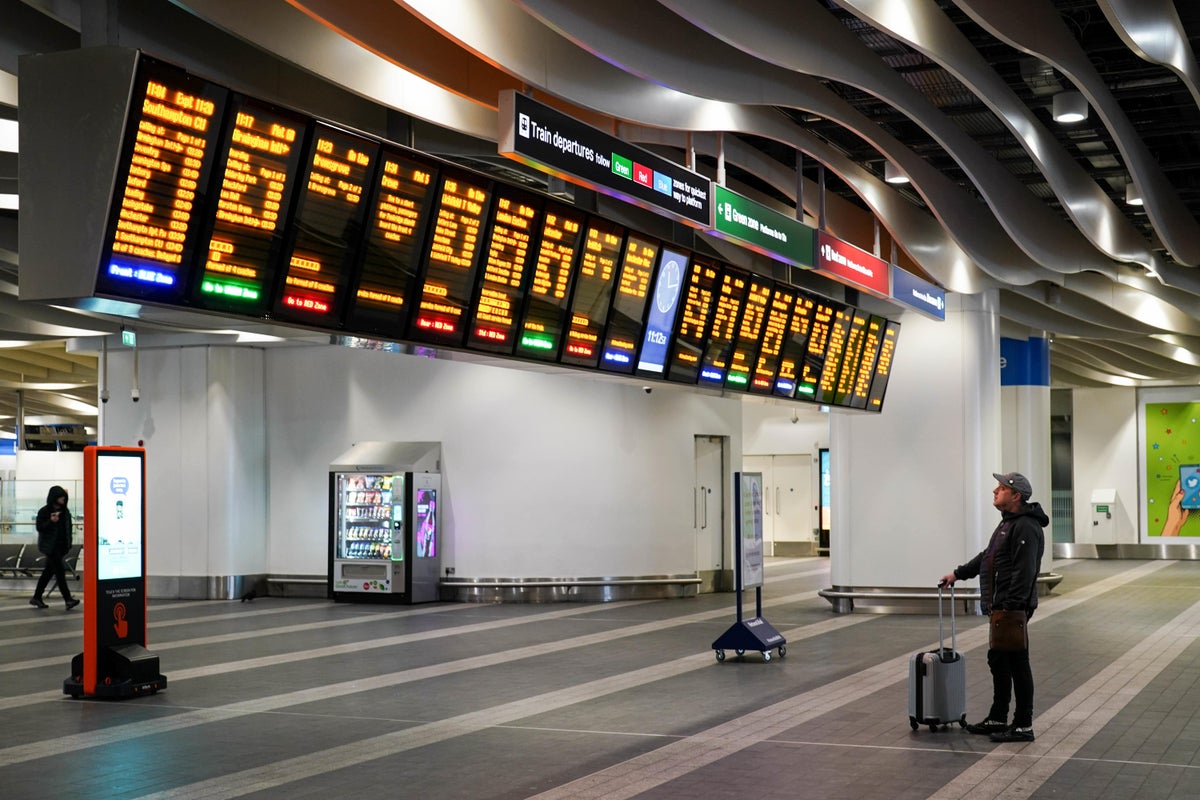 All passengers are urged to check before departure next week due to drivers’ strikes leaving large parts of the country without trains.

Members of Asle and the Rail, Maritime and Transport union (RMT) walk out on February 1 and 3 in a long-running dispute over wages, jobs and working conditions.

Special timetables will be published on Friday by the 14 train operators involved, warning travelers of disruption.

Trains start later and end much earlier than usual on strike days – usually between 7.30am and 6.30pm – and train companies said they expect about 30% of services to run nationwide.

There will be wide variations across the network, with the possibility of no trains running in some parts of the country and other lines operating normally.

A spokesman for the Rail Delivery Group said: “Having made an initial offer which would have taken average driver salaries from £60,000 to almost £65,000, we had hoped that the Aslef leadership would participate constructively to move the negotiations forward, instead of organizing even more unnecessary strikes. . We can only apologize for the inconvenience.

“To minimize the impact of the Aslef promotion, we advise passengers traveling on 1 or 3 February to check in before departure, allow extra time and check when their first and last train departs.

“Those with tickets for between February 1 and February 3 can use their ticket the day before the ticket date, or until February 7.

“Passengers with Advance, Anytime or Off-Peak tickets for travel on strike days can also get their ticket refunded free of charge if the train for which the ticket was booked is cancelled, delayed or moved.”

See also  The fired Twitter employees have asked for the lawsuit about dismissal to be dropped, the American judge rules

The following train companies are affected by the strikes:

Unions insist wage supply is well below the rate of inflation, while jobs and conditions would be affected by the terms of the proposed deal.

Alec Baldwin charged in ‘Rust’ shooting, prosecutors say he was ‘distracted’ during training