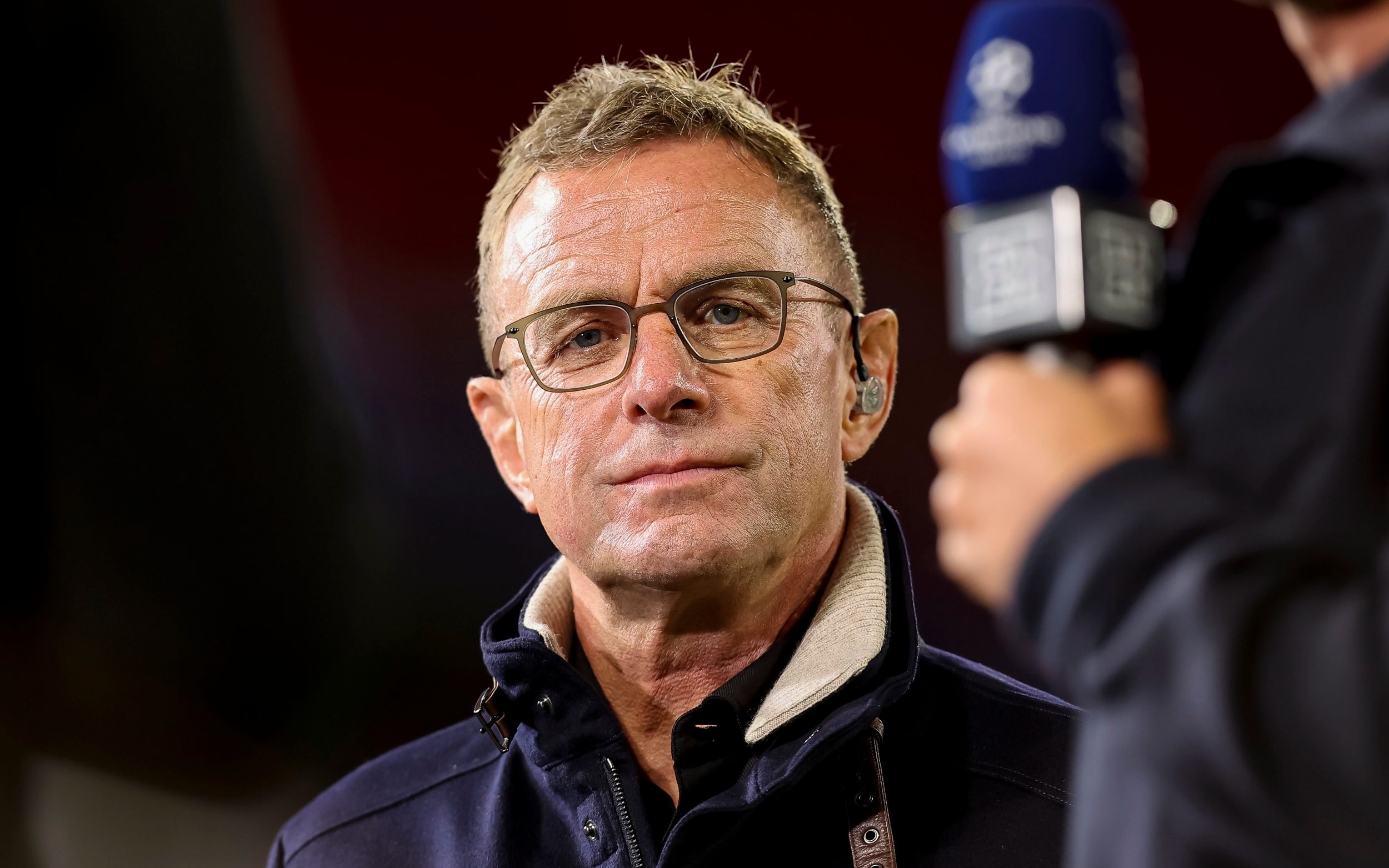 Ralf Rangnick was Manchester United’s overwhelming choice to take over as interim manager after making a huge impression in an interview he had less than 24 hours to prepare for.

The former coach of RB Leipzig, Schalke and Hoffenheim, one of the most influential voices in German coaching in recent decades, has signed a six-month contract with United until the end of the season and two more years in a consultant role.

The formal conclusion of an agreement is still subject to the acceptance of Lokomotiv Moscow, where Rangnick is responsible for sports and development, to release him from the three-year contract he signed with the Russian club in July, and to granting of a work permit.

Rangnick, 63, was offered the opportunity to take over from Frank Lampard on a temporary basis in January before Thomas Tuchel took over at Stamford Bridge, but he turned down the opportunity as he was not interested in a short term post.

However, the offer of a consultant position that will keep him at Old Trafford beyond the end of this season and, with it, the opportunity to play a longer-term role in shaping the future of United would have had a big influence on his decision. .

Ole Gunnar Solskjaer, who was sacked as United manager on Sunday morning after a 4-1 loss at Watford, got the permanent job at Old Trafford just four months after taking over from interim Jose Mourinho in December 2018.

Questions will inevitably be asked as to whether Rangnick could also land the job on a permanent basis if he succeeds over the next few months, but United are still focused on hiring an external candidate for the role in the current state of affairs. things. Mauricio Pochettino, head coach of Paris Saint-Germain, remains very interested but is expected to be among the many candidates under consideration.

Rangnick has enjoyed great success as a sporting director at Leipzig, a club he has also coached, and it is not impossible that a consultant position with United could turn into a more formalized role. It also remains to be seen whether Rangnick will receive the necessary funds to bolster an already bloated squad in January.

Having embarked on a serious project with Lokomotiv in which all parties have invested a lot of time and resources, Rangnick is determined to leave on good terms.

Nonetheless, he believes the chance to coach United is a once-in-a-lifetime opportunity and he doesn’t want to pass it up and there was quiet optimism at Old Trafford on Thursday that a deal could be done. The wait for a work permit should prevent him from being in charge of Sunday’s game against Premier League leaders Chelsea but could be in contention for United’s game against Arsenal at Old Trafford four days later .

Watford’s loss was United’s seventh in 13 appearances in all competitions and left the club in eighth, six points behind fourth. Rangnick is said to be on hold for lucrative bonus payments if he qualifies for the Champions League through the Premier League or through a European success this season.

Michael Carrick, who oversaw Tuesday’s 2-0 win over Villarreal which ensured United’s progress to the knockout stages of the Champions League as a group winner with one game to play, is expected to take the helm again against Chelsea.

Carrick, along with fellow coaches Mike Phelan, Kieran McKenna and Richard Hartis, all signed new contracts last month, just weeks before Solskjaer’s sacking, and they are expected to continue working under Rangnick.

Murtough has invested considerable time in recent years traveling across Europe to build relationships with influential figures on the continent and met Rangkick in Germany in the fall of 2019 to take a first-hand look at the work he had done. in Leipzig in terms of coaching, academy and overall structural set-up. So the two knew each other well by the time they sat down for the interview this week.

See also  Take as many vacations as you want, city broker tells staff

United believe Rangnick have the experience, expertise, authority and tactical sense to tackle tough work head-on and hope he can galvanize a team with little confidence and in need of direction.

United also interviewed former Lyon, Lille, Rome and Marseille coach Rudi Garcia, as well as Lucien Favre, former Borussia Dortmund coach, and Ernesto Valverde, who left Barcelona early last year. Contrary to reports, Valverde was never offered the job and the Spaniard was seen as the first candidate to be sidelined and then Favre.

Garcia spoke to United via Zoom on Tuesday morning, then flew to Manchester to cover Manchester City’s Champions League game against Paris Saint-Germain for television before meeting the club in person on Wednesday. He impressed in conversations, but United’s decision-makers ultimately unanimously chose Rangnick.

Rangnick was at the forefront of the so-called “gegenpressing” revolution, the Germanic expression for backpressing that has been adopted by so many of the country’s most famous coaches. Liverpool manager Jurgen Klopp and Tuchel are among his many followers. Klopp previously described him as the “best German coach” yet in the game.