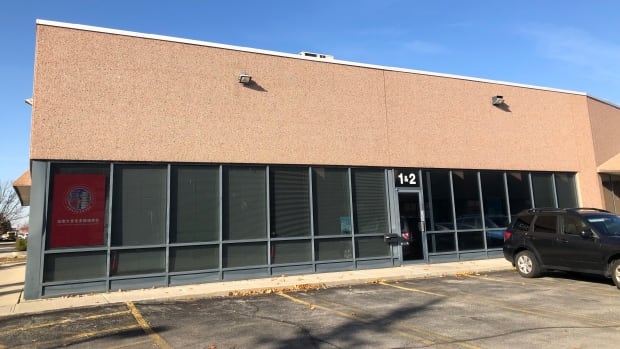 The Royal Canadian Mounted Police says it is looking for anyone who may have been threatened, harassed or intimidated by alleged undeclared Chinese “police stations” in the Greater Toronto Area.

The RCMP’s call comes about a month after UKTN News first reported that federal police are investigating reports from police agencies operating on behalf of the People’s Republic of China, following a report by Spain-based human rights organization Safeguard Defenders.

According to the group, there are more than 50 such locations worldwide, including three in the Toronto area: a residential and ground-level commercial building in Markham and a convenience store in Scarborough.

The group’s campaign manager previously told UKTN News that the alleged police stations in most countries are a network of individuals rather than a physical location that people can be taken to.

See also  Brendan Fraser starved himself for 'George of the Jungle': 'My brain wasn't working'

The Chinese embassy told UKTN News that local authorities in Fujian, China, had set up an online service platform to help Chinese nationals abroad with things like driving license renewals — but that the stations are maintained by volunteers who “are not involved in any criminal investigation or relevant activity.”

However, the RCMP says it is investigating possible “interference from foreign actors,” which refers to illegal activity targeting Canadian interests, interference in Canadian society or a threat to national security. That includes attempts to “threaten, harass, influence, intimidate, corrupt or discredit any person, organization or government to further the interests of a foreign country,” the RCMP said in a statement Tuesday.

“The RCMP is aware of reports of activity specifically targeting the Chinese diaspora in Canada and is conducting investigations to determine any criminality associated with this matter.”

Last week, FBI Director Christopher Wray said on Capitol Hill that the US is deeply concerned about the possibility of unauthorized police stations on its territory.

“I am very concerned about this. We are aware of the existence of these stations,” Wray told a hearing before the US Senate Committee on Homeland Security and Government Affairs.

“But to me it’s outrageous to think that the Chinese police would try to set up shop, you know, in New York, let’s say, without proper coordination. It violates sovereignty and circumvents standard judicial cooperation processes and law enforcement.”

China, meanwhile, has dismissed those claims, insisting that the sites are not “police centers” but rather volunteer-run sites to help overseas Chinese nationals.

“They are not police personnel from China. The US needs to stop unfounded hype about this issue,” embassy spokesman Liu Pengyu Liu, spokesman for the Chinese embassy in Washington, told Reuters.

The embassy did not immediately respond to a request from Reuters for a list of the sites.

Earlier this month, China’s Foreign Ministry said the same about locations in the Netherlands after the Dutch government ordered their closure during an investigation into their activities. Members of the UK Parliament have also called for investigations into similar sites.

Anyone with information about the alleged police stations or the police stations associated with them are asked to contact the RCMP’s National Security Information Network at 1-800-420-5805 or email RCMP.NSIN [email protected]