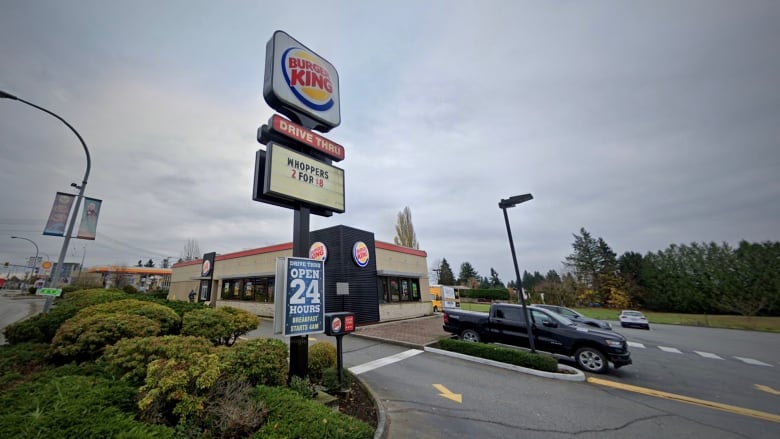 A former member of the RCMP Lower Mainland Integrated Police Dog Service has been disciplined following a 2020 incident in Maple Ridge, BC in which he was found unconscious in his police-issued SUV in a Burger King drive-thru at 2:30 am.

const. Blaise Picketts, whose full name is Jonathan Warren Blaise Picketts, agreed to the facts in a decision of the RCMP Conduct Board, published this week. He also made a guilty plea to resist arrest in the incident last year, in separate criminal proceedings.

The incident took place in April 2020. It started early in the afternoon, on a day when Picketts was off duty. He and several other police dog handlers met in Surrey to train their dogs.

Afterwards, the group decided to go to the house of one of the agents in Langley to socialize. Along the way, Picketts bought alcohol from a liquor store, which he drank at the officer’s home.

A few hours later he went to another officer’s house in Surrey and continued drinking, at one point leaving to drive back to the liquor store before continuing to drink.

According to the Conduct Board’s decision, Picketts remained at that officer’s home until 2 a.m., when he left in his police-issued SUV, with his service dog, carbine, ammunition and mobile workstation.

Collision with a concrete barrier

Picketts admits to scraping the SUV along a concrete barrier on the Golden Ears Bridge while driving to Maple Ridge. The collision caused about $7,000 in damage, for which Picketts later reimbursed the RCMP.

See also  List of counties that sent the presidential results

At about 2:30 a.m., according to the code of conduct decision, the officer fell asleep at the wheel of a Burger King drive-thru. An employee tried to wake him up for 20 minutes before he got scared and called 911.

At about 3am, an RCMP officer arrived, unsure if he was dealing with an armed police officer or someone driving a stolen police vehicle.

According to the disciplinary decision, the officer found Picketts asleep with the engine running and a credit card in his right hand. It took several attempts to wake him up and an open can of alcohol was found on the floor.

After a second officer arrived at the Burger King, the two attempted to take a breath test, but Picketts bit the straw, turned away from the device and failed to blow hard enough.

He was placed under arrest but refused to obey, refused to cooperate and cursed the officers. According to the decision of the Conduct Board Picketts became combative and physically resisted his arrest, at one point he quickly lifted his knee towards the groin of one of the officers and gripped the handcuffs in a way that the thumb of the other officer.

More officers were urgently called to the Burger King to help, and several officers were needed to get him into the back of a police vehicle.

At the Maple Ridge Police Station, Picketts refused to cooperate.

“The video of the booking shows that when Constable Picketts was photographed in cells, he put his head down and put his middle finger at the camera,” the Conduct Board’s decision said.

He was eventually released after sobering up.

After his guilty plea to resist arrest, Picketts was sentenced to three months’ probation and a $1,000 fine.

“I believe that his actions demonstrate a serious lack of judgment and are incompatible with the duties and responsibilities of a member of the RCMP,” Christine Sakiris wrote in her decision to the Conduct Board. “Members cannot violate the laws they have to enforce in their private lives.”

Picketts was allowed to remain a member of the RCMP, but he was given 30 days pay and 15 days vacation for the incident. He was removed from the Integrated Police Dog Services and ineligible for promotion for three years. He was also ordered to undergo medical treatment and to apologize to the arresting officers.

The Other Death Valley: Hundreds of Migrants Die in Remote Texas Deserts