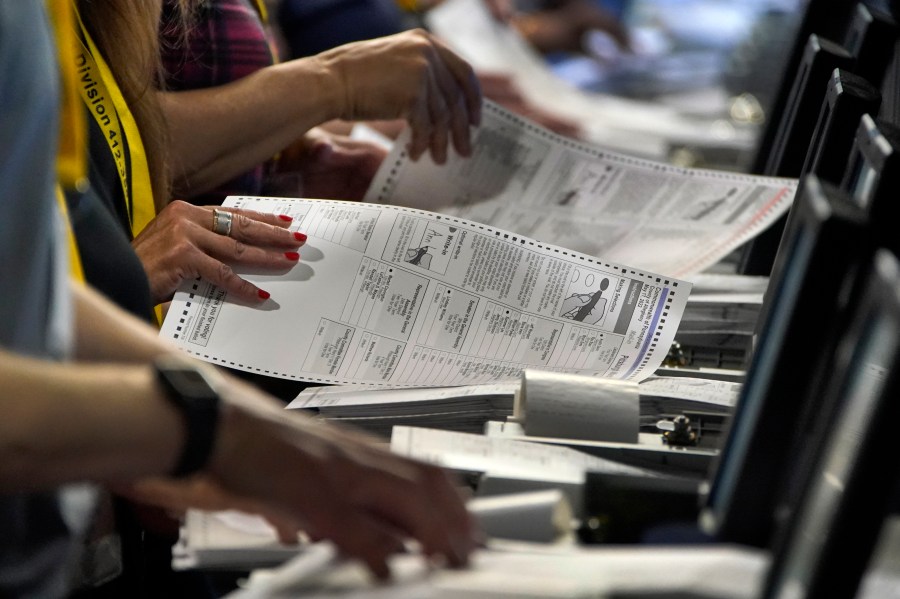 A group in Colorado has conducted a so-called “audit” of voters to reveal fraud in the electoral process there. Volunteers signed up to ask voters a series of questions to verify their existence and compare it to official public records. According to reports, these colporteurs could be aggressive and unprofessional. While the organization claims to have an “objective” survey script, its objectives certainly seem different: to examine the quality of elections after they have already come to a conclusion. The group’s mission statement states that it was “established in response to overwhelming evidence of electoral irregularities and fraud in 2020”.

Like many efforts we’ve seen in the US lately, the initiative asserts the laudable and popular mission of transparency and defending democracy through electoral integrity tools such as audits. With the veneer of professionalism, the website is laced with scientific language – praising the value of statistical sampling and using terms like ‘forensics’. Similar groups are being formed to conduct independent election observation, a proven method used worldwide but now co-opted and misused.

This undermines and clouds the water for the necessary and legitimate electoral surveillance by civil society actors.

I have lived abroad for 25 years and worked for organizations that promote democracy, of which organizing election observations, audits and watchdog programs was an important part. These activities can expose deficiencies to develop ways to reduce them. Equally important, however, is that they build public confidence in the electoral process and the legitimacy of the outcome, thereby building trust in democratic governance.

We must distinguish between the legitimate and the deceiver.

Legitimate electoral integrity efforts follow basic principles. Does the organization declare its financial backing and possible conflict of interest? For example, partisan observation is a legitimate and important part of election exercises around the world, but they should be clearly labeled as such. Likewise, impartial observation should disclose their team, donors, methodology and data.

Legitimate election observers follow codes of conduct, such as the Principles in Observation, which emphasize non-interference and do’s and don’ts. For example, this is in stark contrast to Republican state law to lift restrictions on observers’ actions at polling stations, allowing observers to record individual data and verify voter signatures. Those observation restrictions were in line with best practice to avoid interference and intimidation — and even conflict — in the polls.

Citizen survey audits to verify election data, as the Colorado group claims to do, could be a valid exercise and serve as a critical check on the electoral process, especially in places of low confidence or problematic electoral administration. In 2013, I conducted a months-long voter registration audit in Cambodia, a systematic, scientific and independent assessment of the quality of the electoral register. We used two statistical tests: one to check that each name on the electoral roll belongs to an actual person eligible to vote and the other to determine what proportion of the eligible voters are on the electoral roll.

This program differed from the efforts in Colorado in several important ways. First, it was not a partisan attempt with the explicit purpose of proving that the elections had been stolen under the guise of “objectivity.” I led an international organization and worked with impartial citizen groups with the mission of strengthening and building confidence in elections. Second, all of our funding, methodology (including our survey sample and locations, surveyor selection process and training, questionnaires, etc.) and data were publicly available and verifiable. Third, we have been in regular contact with the election management body to ensure we were working with accurate election records.

Civil election surveillance, like the tools that have been used around the world for decades, would be valuable in the United States — if done right.

No election is flawless and monitoring can help identify and correct errors. For example, to ensure public confidence in the electoral process and the legitimacy of the outcome, the US should impartial election surveillance. Impartial observers can serve as arbiters by disproving false claims and presenting the facts neutrally.

An independent check of the electoral roll could also be a useful exercise in the United States. It could test many politicians’ accusations that there are dead people or “ghost voters” on the list. Such names are of course not problematic unless they are used for voting, but it could help establish the need for safeguards and procedures for removal. It can also identify the percentage of people who have been wrongly removed from the electoral roll. The purpose of this exercise would be to fix problems – if any -, ground the public with the facts in a hailstorm of rumours, and support the work of our election administrators and build confidence.

We need more legitimate, independent civic engagement – ​​according to international standards and best practices – to both build confidence in our elections and expose and eradicate the fraud.

Laura L. Thornton is director and senior fellow at the Alliance for Securing Democracy at the German Marshall Fund. Before joining ASD, she spent 25 years in Asia and the former Soviet Union working for democracy promotion organizations.