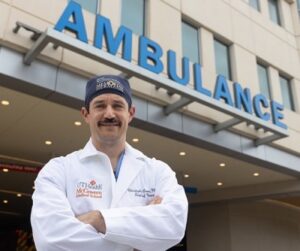 The increased use of ridesharing apps appears to be associated with a decrease in motor vehicle collisions and impaired driving convictions.

That’s according to a study from the University of Texas at Houston Health Sciences Center (UTHealth). The results based on the Houston data were published in JAMA Surgery.

The study found that the volume of carpooling had a significant correlation with the incidence of motor vehicle injuries, with a reduction in the incidence rate by one-third per 1,000 trips. The rate continued to decline as more trips occurred.

The age group with the most significant decrease in motor vehicle injuries was those under 30, with a reduction rate of almost 39%.

“I think that was the biggest takeaway from the study. The data shows that ridesharing companies can reduce these incidents because they offer young people an alternative to drunk driving, ”said Christopher Conner, MD, PhD, senior author. Conner is a neurosurgery resident in the Vivian L. Smith Department of Neurosurgery at McGovern Medical School at UTHealth.

He said he hopes the results will allow people to see that anyone can be affected by a motor vehicle collision, but that they have another option that has been shown to reduce their risk of injury, death or conviction for impaired driving.

The research is timely, as more people use ridesharing apps, according to Conner.

“Traffic accidents are the leading cause of death and disability among young people, so anything we can do to reduce these incidents will have a huge effect,” he said.

The most motor vehicle collisions occurred on Friday and Saturday nights between 9 p.m. and 3 a.m. Comparing the pre and post 2014 dates revealed an almost 24% decrease in motor vehicle crash injuries and the number of impaired driving convictions during those hours.

For the study, the researchers asked ride-sharing app companies present in Houston as early as 2014 to provide their usage rates. Uber responded by submitting data from 2014 to 2018.

Researchers also collected data from the Red Duke Trauma Institute at Memorial Hermann Hospital-Texas Medical Center and Harris Health Ben Taub Hospital in Houston, comparing the rates of patients admitted for injuries sustained in a traffic accident between 2007-2013 and 2014-2018. Memorial Hermann-TMC and Ben Taub are the only American College of Surgeons Level 1 trauma centers in Houston. All patients admitted following a traffic accident were included in the data set.

They also collected data on impaired driving convictions from the Harris County District Attorney’s Office from 2007 to 2019, limited to cases that resulted in a conviction or probation.

The other co-authors were from Baylor College of Medicine in Houston.

The study was funded by grants from the HeadStrong Brain Injury Foundation and Alpha Omega Alpha.

6 reinsurers post strong profits in H2, rebounding from challenges of 2020

Bayer sets aside an additional $ 4.5 billion for Roundup litigation