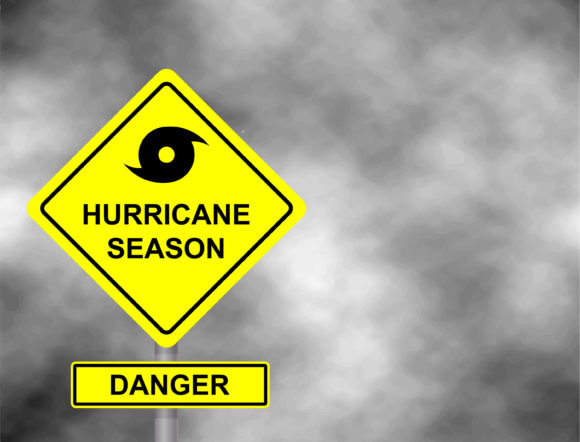 The CSU Tropical Meteorology Project team predicts 17 named storms during the Atlantic hurricane season, which runs from June 1 to November 30. Of these, researchers predict that eight will become hurricanes and four will reach major hurricane force (Saffir / Simpson category 3-4-5) with sustained winds of 111 miles per hour or more.

The CSU forecast is intended to provide a better estimate of activity in the Atlantic over the coming season – not an exact measure. The report includes the probability of major hurricanes making landfall:

The tropical Pacific currently has poor La Niña conditions, meaning water temperatures are a little cooler than normal in the eastern and central tropical Pacific. While these waters may warm slightly over the next few months, CSU is not currently forecasting El Niño for the peak of the hurricane season in the Atlantic. El Niño tends to increase high-level westerly winds across the Caribbean into the tropical Atlantic, tearing hurricanes apart as they attempt to form.

The team bases its forecast on a statistical model, as well as a model that uses a combination of statistical information and model results from the European Center for Medium-Range Weather Forecasts. These models are 40 years of historical hurricane seasons and assess conditions such as: Atlantic sea surface temperatures, sea level pressures, vertical wind shear levels (the change in direction and wind speed with height in the atmosphere), El Niño (warming waters in the central and eastern tropical Pacific) and other factors.

“All of our analog seasons had above average cyclone activity in the Atlantic, with the 1996 and 2017 seasons being extremely active,” said Phil Klotzbach, researcher in the Department of Atmospheric Sciences and lead author of the report.

The CSU team will release forecast updates on June 3, July 8 and August 5.

Funding for this year’s report was provided by Interstate Restoration, Ironshore Insurance, Insurance Information Institute, Weatherboy and a grant from the G. Unger Vetlesen Foundation.