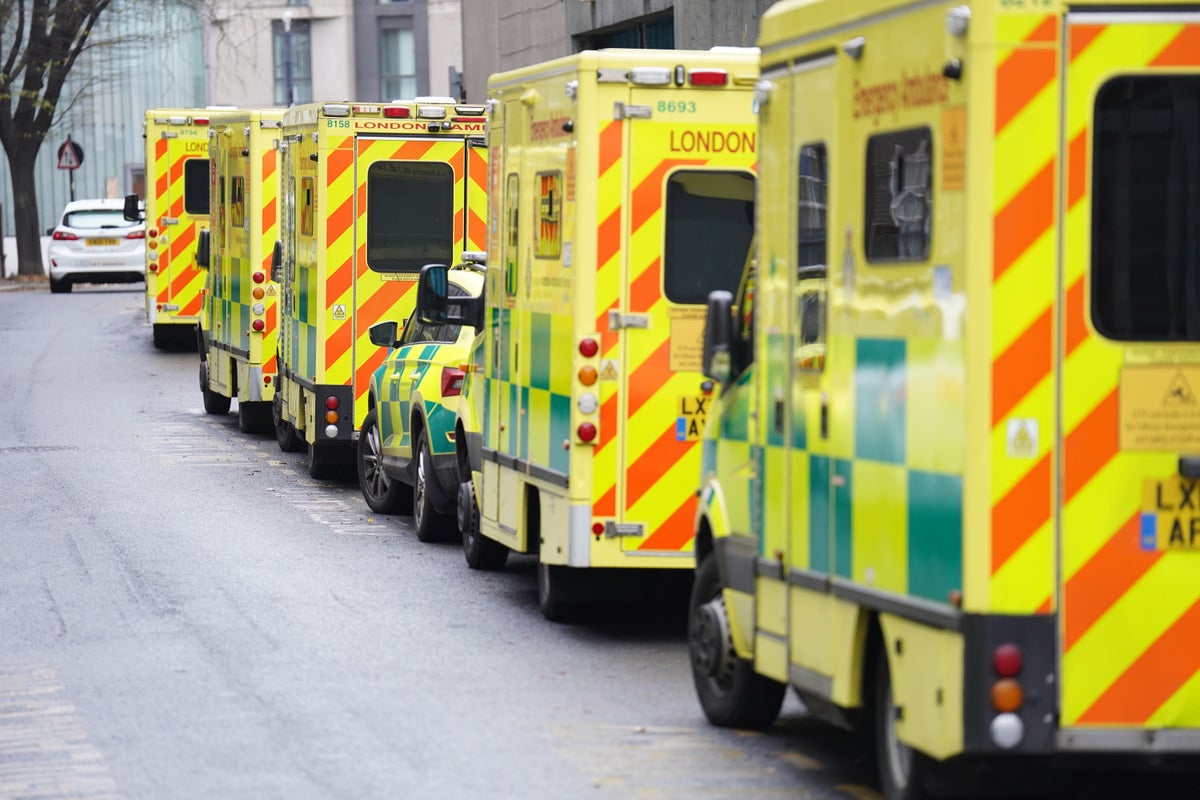 A record number of patients suffered “serious harm” as a result of ambulance delays in December, rising by almost 50 per cent in just one month as the NHS crisis deepened.

Nearly 6,000 suffered permanent or long-term damage from long waits to transfer patients outside of the emergency room — up from just over 4,000 in November.

Another 14,000 patients were said to have suffered “moderate harm,” according to an analysis by UKTN of NHS ambulance data and damage estimates by the Association of Ambulance Chief Executives (AACE) found.

This includes incidents that resulted in patients requiring further treatment or procedures, having to cancel treatment or being transferred to another area.

The NHS is facing unprecedented strike action this winter, including on February 6, when more than 10,000 paramedics will walk out along with nurses.

The crisis has been described as ‘the worst ever’ in the emergency department.

Miriam Deakin, director of policy and strategy at NHS Providers, said the figures are a “worrying reminder of the enormous pressure the NHS is under”.

She said: “Trust leaders are committed to providing patients with safe, high-quality care, but they know that far too often patients face lengthy transfer delays, contributing to avoidable harm.”

Estimates from the AACE on damage, based on a clinical study, show that 9 percent of transfer delays of more than 60 minutes result in “severe damage”, while 23 percent result in “moderate damage”.

Figures from last week revealed that ambulance response times had hit a record low in December as patients with the most urgent and life-threatening conditions waited an average of 10 minutes for an ambulance. The response time for these patients should be seven minutes.

Patients in the second most urgent category, patients with suspected strokes, waited 90 minutes – the worst on record.

Nearly 64,000 patients waited more than an hour to be moved from ambulances to emergency rooms according to the latest data from the NHS England. That was the worst on record and much higher than October’s record of 52,000, according to figures from AACE.

Only half of those surveyed said they were confident they would receive lifesaving care on time.

On Thursday, the House of Lords’ public services committee published a report calling on the government to set up a Cobra committee on emergency room and ambulance delays. It said the country’s health services were facing a “crisis” and patients who were delayed at any point were at “unacceptable risk”.

See also  Who is Andrew Callaghan? YouTuber apologizes after allegations of sexual misconduct

A woman told the committee that her mother waited 21 hours on a cold kitchen floor for an ambulance to arrive.

The report said: “The crisis in urgent care is a symptom of fundamental weaknesses arising from insufficient capacity in primary, community, hospital and social care settings.”

Baroness Armstrong of Hill Top, chair of the public services committee, said: “We have called on the government to treat this crisis with the urgency it deserves and to address it as a national emergency. A referral for consideration by a Cobra committee is the only appropriate way to start resolving the crises and we urge the government to take this first step and follow up on the other recommendations in our report to follow.”

Earlier this month, UKTN revealed a record 50,000 patients per week waiting more than 12 hours in the ED in December.