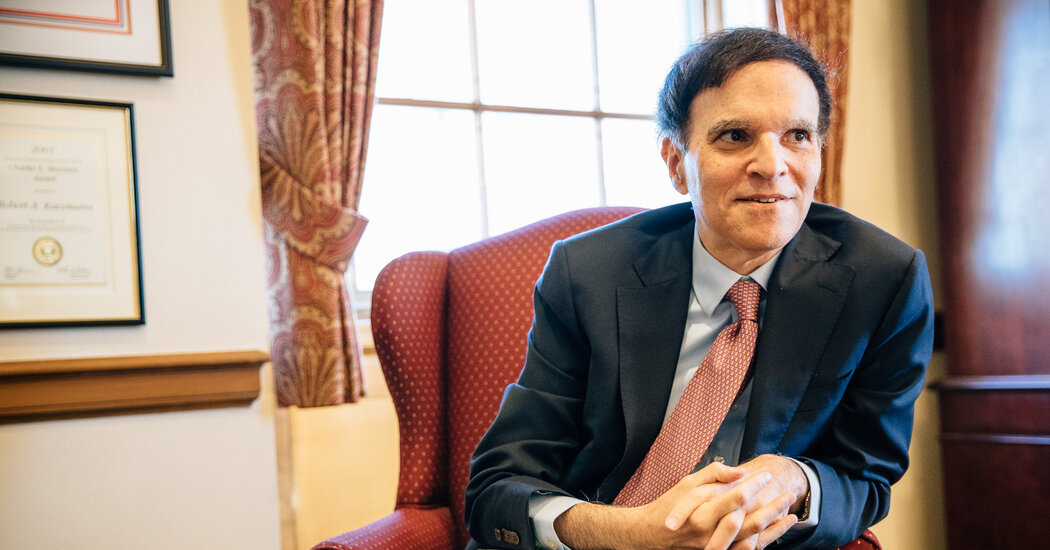 “Ignoring such guidelines increases the likelihood that a judge will interpret a law at odds with legislative meaning, and potentially more in line with their own political hunches and preferences,” he wrote in the Harvard Law Review in 2016, in response to a review. from his book by Justice Brett M. Kavanaugh, who now sits on the Supreme Court.

“The work of a judge does not take place on the high plane of a grand and unified theory, but on the ground of a common sense investigation,” he said.

In 2018, Judge Katzmann drafted the majority opinion of the Second Circuit Court in Zarda v. Altitude Express that the 1964 Civil Rights Act prohibited discrimination in employment on the basis of sexual orientation.

The following year, writing for a unanimous three-judge panel, he argued in Trump v. Vance that the President of the United States was not immune from a subpoena to appear before a state grand jury that orders a third party to produce unprivileged material in its investigation of potential crimes.

The Zarda and Trump decisions were both upheld by the United States Supreme Court.

In 2017, Judge Katzmann, a consensus builder, issued a rare dissent when the Second Circuit court, overturning a district court judge, said in Watson v. United States that an American citizen who had been wrongfully detained for 1,273 days had no right to sue. the government in damages for not filing its claim on time.

Even as a boy, he sought to engage in civic affairs. At the age of 9, he wrote to President John F. Kennedy on behalf of members of the Seneca tribe who had lost their territory to a flood control project. As a sophomore, in a letter to Mayor Robert F. Wagner Jr., he complained about a problematic traffic light in his neighborhood in Queens.