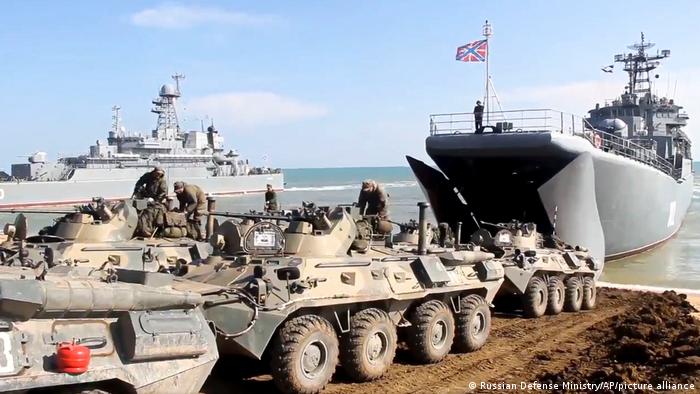 Russia launched a series of naval combat exercises in the Black Sea on Tuesday, as the United States sent a coastguard ship to the region amid tensions between Moscow and Kiev. The Russian Navy said it was monitoring the ship.

Ukraine and Western governments have criticized Russian military activity along its border and on the Crimean Peninsula, although some troops were withdrawn by the Kremlin last week.

The Interfax news agency reported that a Russian cruiser Moskva would organize live-fire exercises with other military ships and helicopters.

The report, which quoted the Russian Navy press service, came after the US Navy sent its cutter Hamiltion to participate in exercises with NATO military partners.

Defense Minister Sergei Shoigu on Tuesday accused the alliance of fueling the conflict.

“The actions of the United States and NATO in the European region to increase the combat readiness of troops and strengthen their forward presence are contributing to an increase in military danger,” he said in a statement.

The latest round of Russian exercises follows navy maneuvers off Crimea last week and Moscow’s announcement to restrict access to part of the Black Sea to foreign warships.

But Ukraine and its allies have refrained from considering whether Russia really wants to end the conflict.

“We cannot guarantee 100% that Russian troops will not turn around,” Ukrainian President Volodymyr Zelenskiy said on Tuesday.

Reuters news agency quoted an unnamed US defense official as saying the news of trooop’s withdrawal alone was “insufficient to comfort us.”

Relations between Moscow and Kiev have been disastrous since Russia annexed Crimea in 2014 and supported a pro-Russian separatist insurgency in eastern Ukraine.

The fighting there claimed the lives of some 14,000 people despite a series of ceasefires.