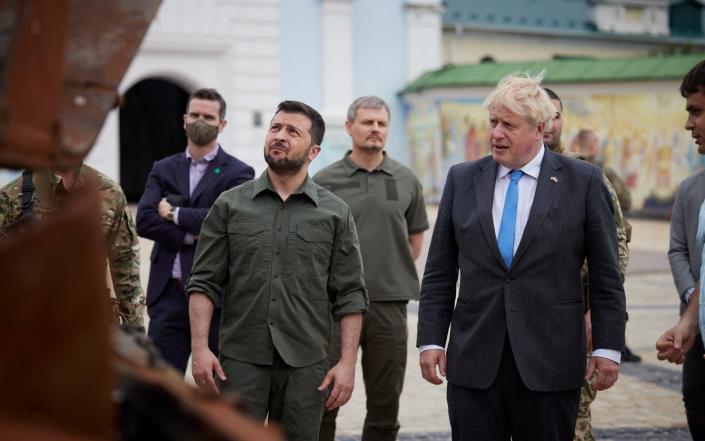 The war in Ukraine could drag on for years, the NATO chief warned, as Russia stepped up its assault after the European Union recommended that Kyiv become a candidate to join the bloc.

“We must be prepared for the fact that it could take years. We must not relax our support for Ukraine,” said Jens Stoltenberg, secretary general of the military alliance, quoted by the German newspaper Bild am Sonntag.

“Although the costs are high, not just for military support, but also because of rising energy and food prices.”

Meanwhile, Ukrainian President Volodymyr Zelensky has vowed that Ukraine “will not cede the south to anyone” after his first visit to the southern frontline.

Making a rare trip outside Kyiv to the Black Sea city of Mykolaiv, Mr Zelensky said: “We will not cede the south to anyone, we will return everything that is ours and the sea will be Ukrainian and safe.”

A request for gas supplies through another major entry point, Sokhranovka, was rejected by Ukraine, Gazprom said.

A fuel storage depot in the eastern Ukrainian city of Novomoskovsk exploded on Sunday, killing one and injuring two, after being hit earlier by three Russian missiles, the chief of the regional administration in an online message.

Eleven people were injured in the strike itself, Valentyn Reznichenko said on Saturday.

Firefighters were still trying to put out a blaze sparked by the missile strike, about 14 hours after the depot was hit, Reznichenko said early Sunday.