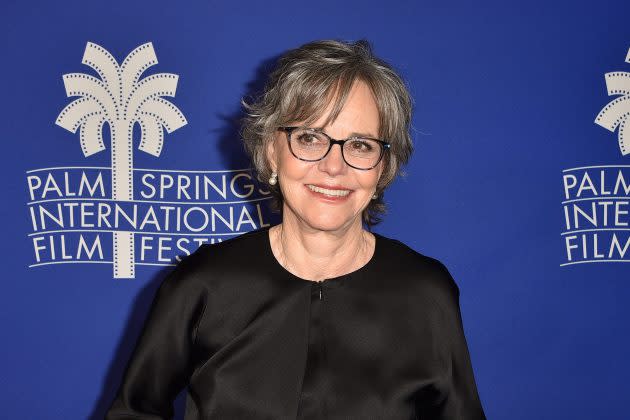 Field will be honored at the 29th Annual Screen Actors Guild Awards ceremony, which will be broadcast live on Netflix’s YouTube channel, YouTube.com/Netflix, Sunday, February 26 at 8 p.m. ET / 5 p.m. PT from the Fairmont Century Plaza in Los Angeles.

“Sally is an amazing actor with tremendous range and an uncanny ability to embody any character,” said SAG-AFTRA president Fran Drescher. “I enjoyed watching her early career as she played Gidget and the Flying Nun and then, in increasingly challenging roles, as Sybil and Norma Rae. She never stopped being extraordinary, including most recently in Winning Time where she was simply sublime as Jessie Buss.

“She has a sustainable career because she is authentic in her performance and always exudes sympathy and humanity – she just connects. That’s part of why she’s maintained her huge fandom and incredibly rich and layered career. Sally is a huge star with the ethos of a working actor – just keep doing the job and be the best you can be. Each stage of an actor’s life brings different opportunities, and you just have to keep working. Sally is not stopping and we hope she never will.”

The SAG Life Achievement Award, given annually to an actor who cherishes the “best ideals of the acting profession,” is the latest of Field’s impressive accolades stemming from her career, in which she has played dozens of iconic roles on both the big and small screens. . . She previously received two Oscars, a SAG Award, three Emmys, two BAFTA Awards, the New York Film Critics Prize, the National Board of Review Award, the Los Angeles Film Critics Award, the National Society of Film Critics Honor, Best Actress at the Cannes Film Festival and more.

In 2012, Field was inducted into the American Academy of Arts and Sciences and in 2015, she was honored by President Obama with the National Medal of Arts. In 2019, she received the prestigious Kennedy Center Honor.

The best of Deadlines

Sheila E., Cindy Blackman Santana on the oft-forgotten legacy of the late Karen Carpenter: ‘Her drumming didn’t get more attention – the attention it...