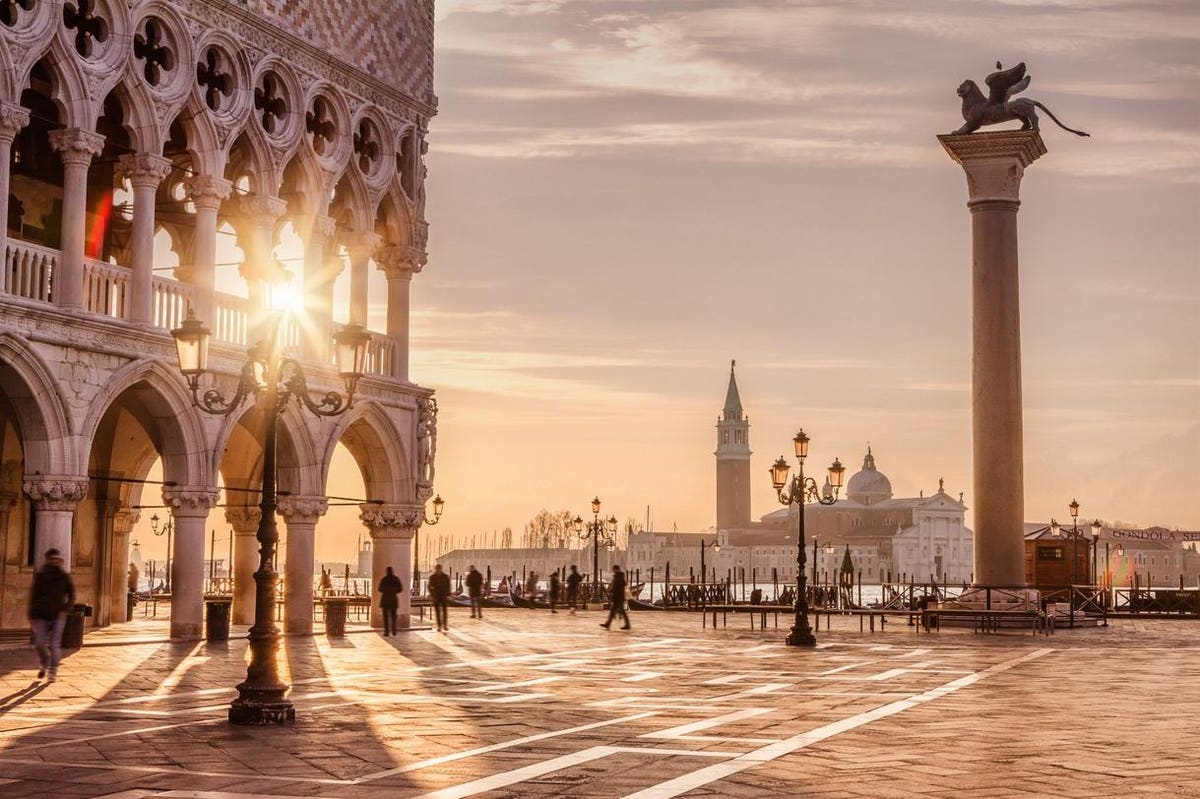 “I love Italy in the off season because I can take advantage of the incredible Italian hospitality without competing with crowds and overworked staff. Your dollar goes further too! says renowned luxury travel consultant Chad Clark, president of Phoenix, Arizona-based Chad Clark Travel Ventures.

He’s not kidding. Airline tickets to Italy drop by nearly half in the winter, and in many cases, hotel rooms plummet by much more than that. Top luxury properties often cut room rates by 75-85% – or more.

Virtuoso, the global consortium of luxury travel consultants (agents), has a tool called WanderList that allows customers to shape future travel plans by entering their preferred dream vacations and bucket list aspirations on the platform. When they crunched the numbers this year, as always, Italy was the number one place on Earth that people wanted to go.

In Italy, Venice was the most sought-after location and has been for years, leading to its inclusion on just about every list of the most over-visited places in the world. This led the city to ban cruise ships altogether and to announce a new tourist tax on day visitors from January 2023 (hotel guests are exempt). New York Times headline last fall read: “Venice Overwhelmed by Tourists,” and Yahoo News reported that even “before the pandemic, the lagoon city was struggling with unsustainable tourist numbers. In peak season, as many as 110,000 tourists visited the city in a single day, far more than the local population, which currently stands at around 50,000.

The key here is ‘in high season’.

The savings in Italy in the winter months are huge, and not just for low-budget travel. According to monthly statistics compiled by Cheapflights.com, July is the most expensive month to fly from the US to Italy and February is the cheapest. In 2022, prices were $1,155 and $621, respectively. That’s almost a “two for the price of one” savings. The best luxury hotels here – including some of the best luxury hotels in the world – are so discounted that you can enjoy a 5-night stay for less than a single night when it’s busy. I’m going to Venice this winter and can stay in a top of the line luxury hotel the night before an early morning flight for less than I pay to sleep in a nondescript hotel chain at the Hartford, CT airport.

Last month, I quickly scanned the rates on Hotels.com for a weekend in Venice in mid-October, bearing in mind that while fall is a popular vacation time, it’s no longer peak season, which is summer. Nevertheless, prices at top hotels were shocking: Hilton Molino Stucky from $884 per night; Metropole from $1.1919; Ca’ di Dio from $1,372; Cipriani from $1,817; Bauer Palazzo from $2,038; Gritti Palace from $2,352; Baglioni Hotel Luna from $3,680. These rates are per night for the least expensive room available.

You won’t be water skiing in the lagoon in the winter, but you won’t freeze either, as the weather is generally better than in places like New York, and from January to March the average daytime maximum temperature is 45-55°. But in addition to dramatic hotel savings, the highlight is the absence of crowds – a luxury that can’t be bought.

For the last “normal” year before the pandemic, 2019, Venice’s official tourism statistics recorded a high of 1,447,038 visitors in August, and nearly as many in July. By January, that had fallen by nearly two-thirds to 585,168. A woman I know from the Veneto region told me, “That’s when the Italians go to Venice, and there’s nothing like standing in an empty St. Mark’s Square.” In the summer it is shoulder to shoulder. Everything from the best guides to the best dinner reservations is easier to get in the off-season.

“I am pleased to confirm that much of Venice, including bars and restaurants, remains open all year round,” said Sadi Marni Richards of IC Bellagio, the country’s leading Italian travel experts. IC Bellagio is a company that many US travel agents use to book their clients everything from hotels to tour guides to restaurant advice and reservations to drivers/transport, but you can also book directly with them and they have deep expertise and connections all over Italy.

“Off-season travel means exploring more at your own pace, discovering both the highlights and hidden gems with fewer tourists, and it also allows travelers to have better availability at their preferred accommodations,” added Richards. “The best way to experience Venice is from the lagoon itself. By navigating the quietest canals and exploring the hidden gems and peaceful atmosphere of this area, you can experience the real magic of Venice. This is also the perfect time of year to enjoy one of the many music concerts in one of the palaces on the Grand Canal, at the theater La Fenice or in one of the small churches in the city. Go to one of the many small cichetterie and have an aperitivo like the Venetians – you’ll most likely be able to find a table in one of these cozy little places in winter.”

But it’s not just Venice. In most of Italy, you can enjoy the same benefits for fewer tourists and less money. In Florence, the 5-star Westin Excelsior gets $411 for a weekend in mid-February and more than double that, $969, in July. I recently stayed at Rome’s newest luxury hotel, the Anantara Palazzo Naiadi, and loved it (more to follow). It is a 5-star hotel with an incredible spa, lavish rooms and multiple restaurants, and has a great location on Piazza Repubblica. In the summer, rates start at about $800 per night, but in the winter they are consistently well under $500, and winter in Rome is quite mild. But top highlights like the Sistine Chapel, Pantheon, Colosseum, and others are much more accessible.

Bargains can be found all over the country in the off-season, and Clark suggests, “Look to Sicily, Sardinia, Puglia, Piemonte and the Dolomites, for some incredible experiences – and food and wine to die for.” While the Dolomites are a world-class ski destination with some of the most reliable snow in Europe, the world’s largest interconnected network of trails and lifts, and host to the 2026 Winter Olympics, it still offers bargains for skiers and snowboarders in compared to the top of the US. resorts (see my travel article on skiing in the Dolomites here at UKTN).

Richards from IC Bellagio recommends Bologna as a hidden gem in winter. “Bologna is known for its rich gastronomic tradition, progressive thinking and strong university culture. Bologna’s historic city center is a handsome ensemble of brick buildings and charming colonnaded streets. The real charm of Bologna lies in the simple fact that you can walk under the rows of porticoes and simply observe the flow of everyday life – and the low season is perfect for this. Bologna offers 40 kilometers of protected porches – the perfect solution for shopping on a rainy day! Stroll down Via Castiglione to the classic gelato shop where there’s always a busy hive of locals tucking into some of their delectable flavours. Turn your way back to Bologna’s ‘main street’ – Via Indipendenza, where you can enjoy window shopping. Just off Piazza Maggiore is the town’s vegetable market – a jumble of colorful shops selling pasta, meat, ham, fruit, vegetables, etc. The area won’t be too busy during the low season months.”

“And besides everything the city has to offer, it makes the perfect base to explore the Emilia Romagna countryside. The ‘Food Valley’, the fertile plains along the Po Valley, is known as the ‘Protected Origin’ (DOP) of Parmigiano Reggiano, Prosciutto di Parma and Aceto Balsamico. Italy’s Motor Valley is just a stone’s throw from Bologna – the top names in motoring can be found between Bologna and Modena, from the Enzo Ferrari Museum and the Ferruccio Lamborghini Museum to the amazing collection of Maseratis at Panini and the Ducati- museum.”

Each region of Italy has its own charms, and almost all of them are easier to visit and cheaper in winter.