Sea level rise due to Antarctic melt 30% higher than expected 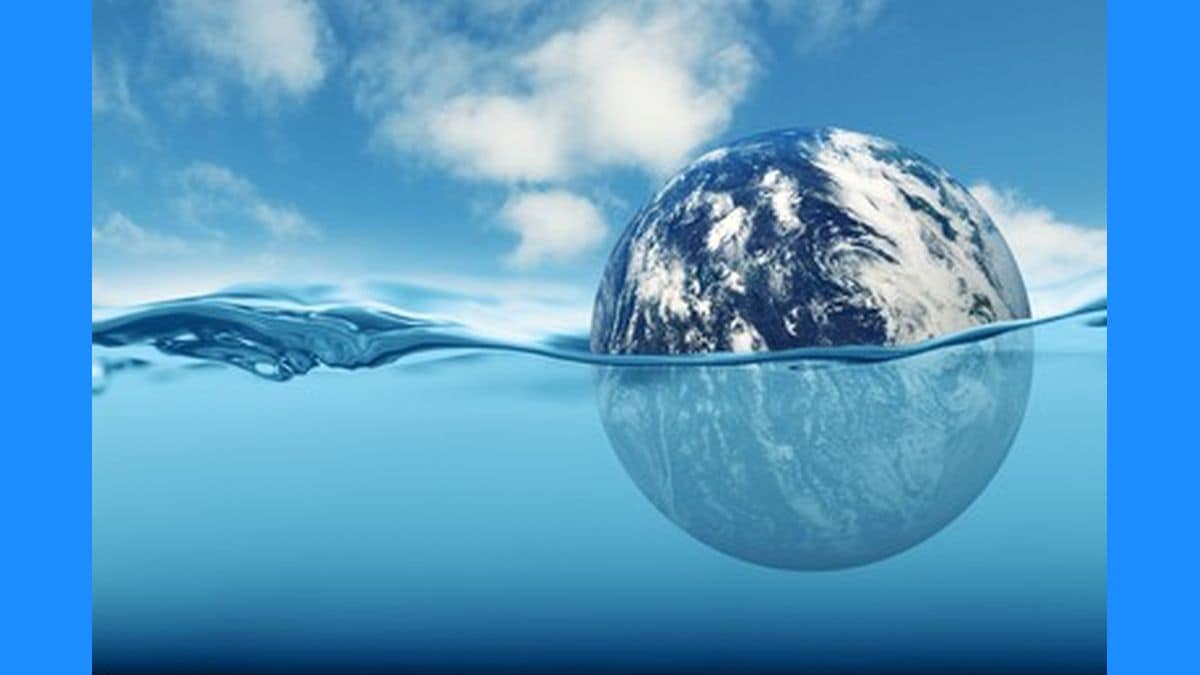 As the world’s attention has focused on taking control of the novel coronavirus pandemic, a new study by researchers at Harvard University has found that seawater levels are rising faster in due to climate change than they previously thought. The rise in global sea level due to the possible collapse of the West Antarctic ice sheet may have been significantly underestimated, says the study published in Science Advances. According to the study, if the West Antarctic ice sheet collapsed, global sea level could rise by about 3.2 meters (over 10 feet).

The study uses new calculations for the mechanism of water expulsion, scientists say. The phenomenon occurs when the solid bedrock – on which the West Antarctic ice sheet rests – bounces upward after the ice melts, causing the total weight of the ice sheet to decrease. According to the new study’s predictions, estimates of global sea level rise would be magnified by an additional meter within 1,000 years in the event of a total ice cap collapse.

In a statement, Linda Pan, a PhD in Earth and Planetary Sciences at GSAS who co-led the study with fellow graduate student Evelyn Powell, said the magnitude of the effect shocked them, adding that previous research which considered the mechanism had rejected it as “inconsequential”.

“If the West Antarctic Ice Sheet collapsed, the most widely cited estimate of the resulting average sea level rise would be 3.2 meters,” said Powell. “What we have shown is that the water expulsion mechanism will add an extra meter, or 30% of the total. “

A simulation that Pan and Powell worked on hinted that the global sea level rise due to the melting of the West Antarctic ice sheet will increase by 20% through the water expulsion mechanism of ‘by the end of the century.

Rising sea levels threaten island nations and coastal cities that are home to more than two billion people across the globe.

Jerry X. Mitrovica, Frank B. Baird Jr. science professor, Department of Earth and Planetary Sciences, and lead author of the paper, says that every published estimate of sea level rise based on modeling the climate will need to be revised upwards due to the latest study by Pan and Powell. “Each of them.”

The two researchers were working on another sea level change project, but channeled their energy into it after noticing more water expulsions from the West Antarctic ice sheet than expected.

Pan said whatever scenario was used for the collapse of the West Antarctic Ice Sheet, but they always found that extra meter of sea level rise in the world.

“Sea level rise doesn’t stop when the ice stops melting,” Pan said. “The damage we are causing to our coasts will continue for centuries.”

Share
Facebook
Twitter
Pinterest
WhatsApp
Email
Telegram
Previous articleTwist in case a businessman confessed to the brutal murder of a lover
Next articleDalian Atkinson trial: Police were in a relationship when they ‘talked’ about ex-footballer – Live updates