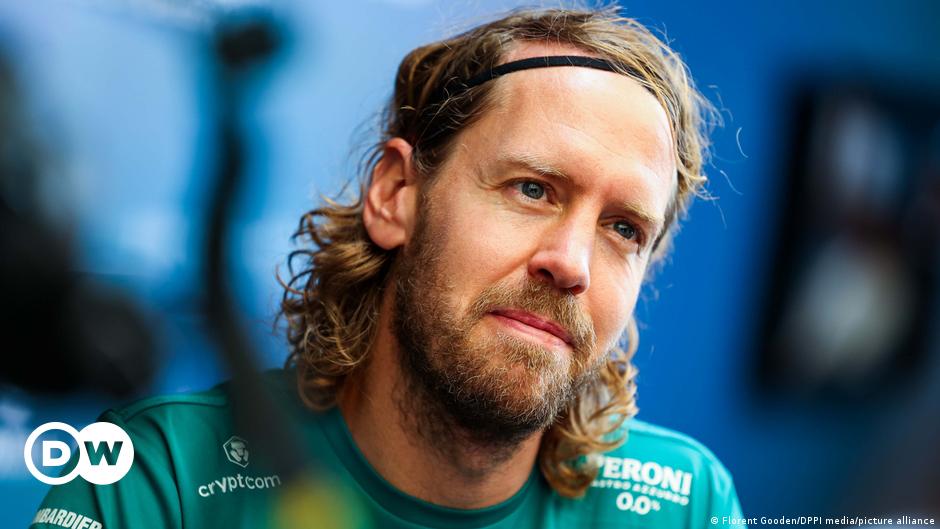 Ultimately, there will be 299 Grand Prix in which Sebastian Vettel has been in a Formula 1 racing car. He won 53, stood on the podium 122 times, started from pole position 57 times and won four world titles. He now faces his last race in Abu Dhabi, where he became the youngest Formula 1 world champion in 2010 at the age of 23.

But Vettel is not wistful after 16 years in the pinnacle of motorsport: “It’s not that I look back on it much now and feel sad,” he says. “I’m more looking forward to the time that comes after.”

The announcement of his retirement at the end of last season was “a relief,” he says. “I’m looking forward to being surprised, getting to know myself, spending more time with my kids and family and learning with them,” said Vettel ahead of his last grand prix. “It will be a different challenge and a different pace for me.”

Speed ​​has played a big part in his life from the start: Vettel proved to be a natural as a young child and was also lucky enough to be raised from an early age by a father who was a motor racing enthusiast. Vettel first rode a go-kart at the age of three. Soon after, he regularly competed in kart races, including abroad, where his family accompanied him in their motor home. In 2003, Vettel switched to Formula racing at the age of 15: Formula BMW, Formula 3, Formula Renault – then a test driver contract in Formula 1 with Team BMW Sauber in 2007. After a serious accident with regular driver Robert Kubica , Vettel was allowed to make his Formula 1 debut in June 2007 in Indianapolis and immediately scored his first world championship point.

Toro Rosso signed Vettel as a regular driver while the season was still underway. He was now part of the Red Bull family and a meteoric rise began: in September 2008 he won his first race at Monza in what was basically an inferior car and was promoted to Toro Rosso’s sister team Red Bull for the 2009 season. later he won the world title for the first time in the fall of 2010, which he successfully defended three times. Vettel was only 26, but already a four-time world champion and well on his way to becoming one of the greats of Formula 1.

After the fourth world title, however, there were none left and a steady decline began. Vettel’s last years in Formula 1 were not exactly marked by success. For the 2015 season, he switched from Red Bull to Ferrari to follow in the footsteps of his role model and friend Michael Schumacher and fulfill his childhood dream of winning a world championship title for the Scuderia. “Michael was a huge inspiration. Not only when I saw him driving as a kid, but also when I met him in person and he became a friend,” said Vettel. “It’s definitely a special bond I have with him.”

In 2018, Vettel had a great chance to triumph in the World Championship duel with Lewis Hamilton and win the long-awaited title for Ferrari. But the dream came to an end in the gravel at Hockenheim. In the period that followed, the Scuderia became a crisis team, the young Charles Leclerc was preferred to Vettel as number one, and finally, unnerved by the team management’s delaying tactics, he moved to Aston Martin. His legacy is 14 wins with Ferrari; only Schumacher and Niki Lauda succeeded more.

But things didn’t go according to plan for Vettel with his new team either: instead of attacking the front places as planned, Vettel usually just drove at the back in the stylish car painted in British Racing Green. The German scored a total of just 79 championship points in his two years for Aston Martin. Last season he was 12th in the championship (43 points), this year 11th (36).

Vettel, who used to be bold and ambitious, has “made his peace” with the fact that at the end of his career no big results were possible. From the outside: “Of course you think it’s important to go out with a win or a title,” Vettel said recently. “But I know my last race probably won’t be one of my highlights, and it doesn’t bother me much.”

Overall, the 35-year-old has already developed an interest in new tasks and projects outside of racing in recent years. Vettel is an advocate for climate and wildlife protection and has repeatedly drawn attention to grievances with special helmet designs – rising sea levels, for example, or the global decline in bee numbers. He is also critical of sexism, racism and the curtailment of human rights.

But because he was still part of a sport that uses powerful internal combustion engines, flies around the world in a giant juggernaut and races in countries that sometimes radically restrict human rights, critics accused him of hypocrisy.

In contrast, there was praise from Lewis Hamilton, who also uses his popularity to post political messages. “I don’t think in the history of the sport I’ve seen a driver do what he and I have done, which is use the platform, be open and take that risk,” Hamilton said recently. He sees Vettel as an ally. “It will be very sad to see him go.”

Vettel is looking forward to finally spending more time with his family at his retreat, a farm in Switzerland. Vettel has been married to his childhood sweetheart Hanna Prater since 2019. The two have two daughters and a son. For now, Vettel cannot envision a return to racing. “I think the moment you step down, you step down. But you can’t rule anything out.” However, there is one thing he has categorically rejected: traveling the world with the Formula 1 team as a TV pundit. It’s not important enough for him.

It seems that Vettel is leaving at exactly the right time: with his head held high, at a time of his choosing and at a time when he would have had offers and opportunities to continue. From a sporting point of view, there are few in Formula 1 who are even bigger than him.

FTX: The Enron case on steroids fueled by awakened capitalism