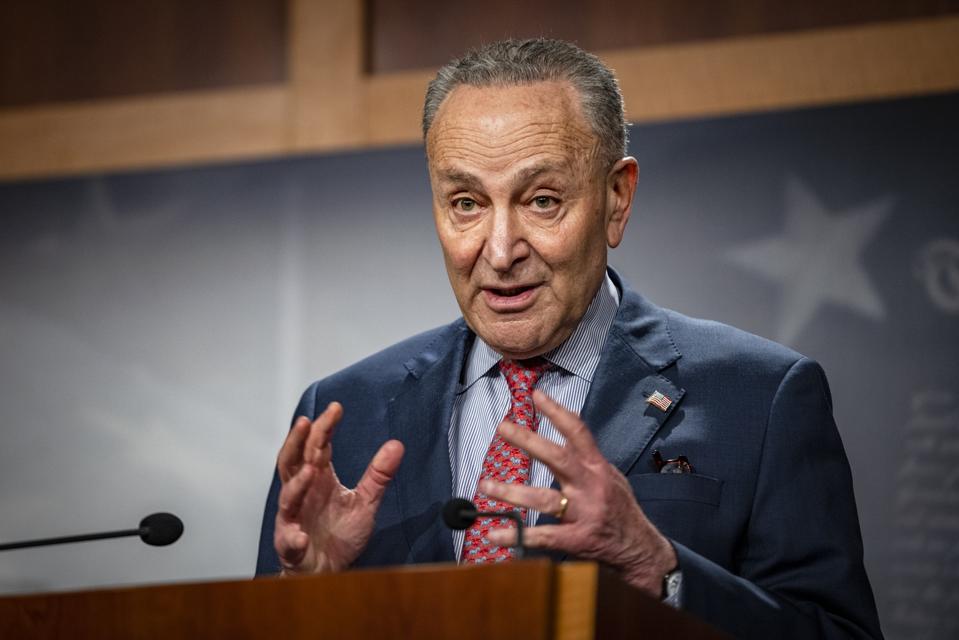 Senate Majority Leader Chuck Schumer has said he will soon introduce a bill to end the federal ban on marijuana.

“I support decriminalization at the federal level and I will soon present a bill with some of my colleagues”, Schumer told reporters Wednesday.

When asked if he was talking about legalization, he replied, “At the federal level, you call it decriminalization because it allows states to legalize.”

The bill is authored by Schumer, Senate Finance Chairman Ron Wyden of Oregon, and Senator Cory Booker of New Jersey. No language has yet been published; However, they said the bill will remove marijuana from the list of federally controlled substances, clear criminal records related to marijuana-related offenses, and tax and regulate drugs.

In a video that Schumer, Wyden and Booker posted earlier this month, they outlined their plan for a comprehensive bill to end the 90-year marijuana ban. Although the group did not utter the word “legalization,” it said the legislation would go beyond decriminalization.

“This is restorative justice. It’s not a problem of the past, ”Booker said. “In 2019, there were more marijuana arrests, and most of them – over 90% – for possession only, more such arrests than all violent crime arrests combined. It’s not a war on drugs, it’s a war against people and certain people ”

Booker said black and brown communities, who are 3.7 times more likely to be arrested for marijuana than whites, have been targeted by police.

“One of the things we want to do is not just decriminalize, but make sure that the recordings are erased so that people don’t live their lives like they’ve committed the most heinous crime because they were smoking marijuana, ”Schumer said.

When asked if President Joe Biden supports the next bill during a press briefing on Wednesday, White House press secretary Jen Psaki said he was in favor of the ” decriminalization ”, adding that his position had not changed.

Passage of the bill is not a sure thing. But senators have public opinion – most Americans support the legalization of marijuana – and a wave of new states legalizing cannabis sales on their side.

Late Wednesday night, lawmakers in New Mexico approved a bill to legalize sales to adults. New Mexico governor Michelle Lujan Grisham, who supports cannabis, is expected to sign. Passage of the law would make New Mexico the 16th state to legalize cannabis for adults 21 and older.