Should you buy Westrock shares at $ 54? 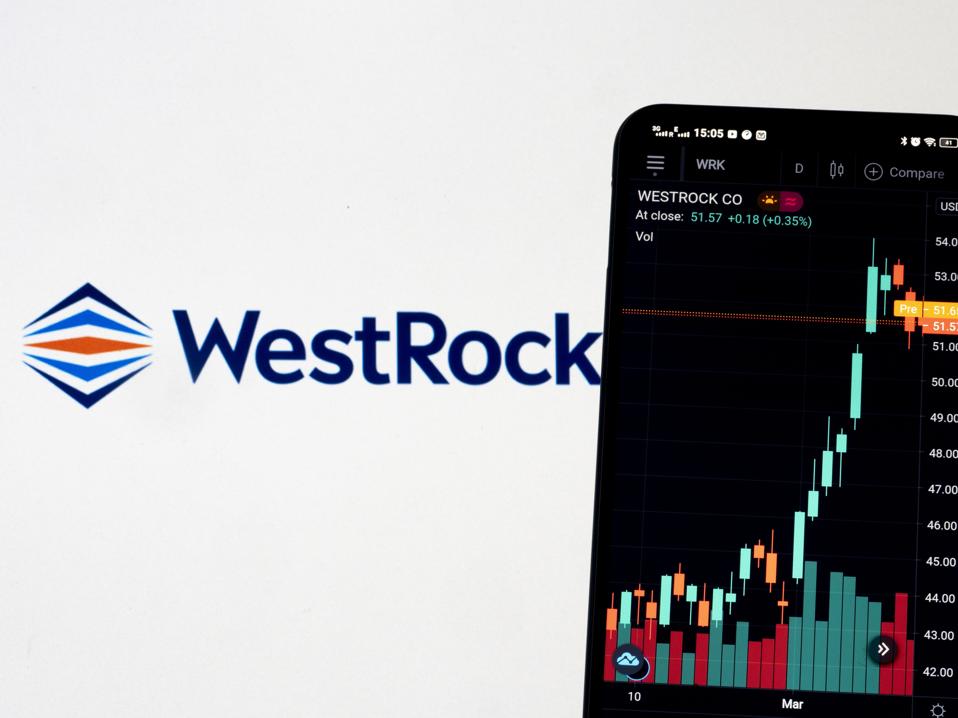 The stock of Westrock (NYSE: WRK), the second-largest producer of containerboard in the United States – specializing in corrugated cardboard and consumer packaging solutions for the consumer and office products markets, specialty chemicals and specialty papers, is more than twice as high from the March 2020 lows. from around $ 26 (when broader markets hit a low due to the spread of Covid-19) to $ 54 currently. In fact, the company’s shares are now 32% above its pre-pandemic high of around $ 41 (February 2020). Now, are further gains likely for Westrock stock? We believe that the leader in paper engineering remains overvalued compared to historical multiples with a price / sales ratio of 0.8x. But the company’s shares have momentum on their side and could likely continue to post stock gains in the short to medium term. This is based on the back of a new demand created by the explosion of packaged products delivered.

The onslaught of online sales and the home delivery trend propelled Westrock forward after being hit hard in the early spring of last year. In addition, the dynamics of supply and demand also seem perfect to allow the company to flourish in the current environment. As it stands, China should step up its purchases of containerboard because it has a totally insufficient capacity for its own needs. That said, we believe the business will benefit from increased demand in the future.

What is the impact of the coronavirus on the action of Westrock?

The pandemic triggered a severe global recession that affected Westrock’s business. As a result, the company suffered a 29% drop in adjusted earnings per share, due to a 4% drop in revenue and a lower gross margin in fiscal 2020 (ended September ). While the company’s revenue has remained stable in the recent first quarter, its total packaging shipments grew 5% year-on-year, driven by an 8% growth in North American box shipments, at a record level. The company also increased its adjusted earnings per share by 5% during this period. At first glance, the company is recovering strongly thanks to the increased demand for boxes in its main markets.

The company witnessed a ransomware attack in early 2021, which forced it to shut down information systems, delayed deliveries to customers, and cost it around 125,000 tonnes of production in February and late January. We expect this event to have some impact on second quarter results. However, it’s important to note that this was a one-time issue, which has been resolved.

Want to be exposed to the increasing digitization of the economy through and after Covid-19? Check out our theme on Internet infrastructure stocks

What is behind Trefis? Find out how it fuels a new collaboration and why Financial directors and finance teams | Product, R&D and marketing teams