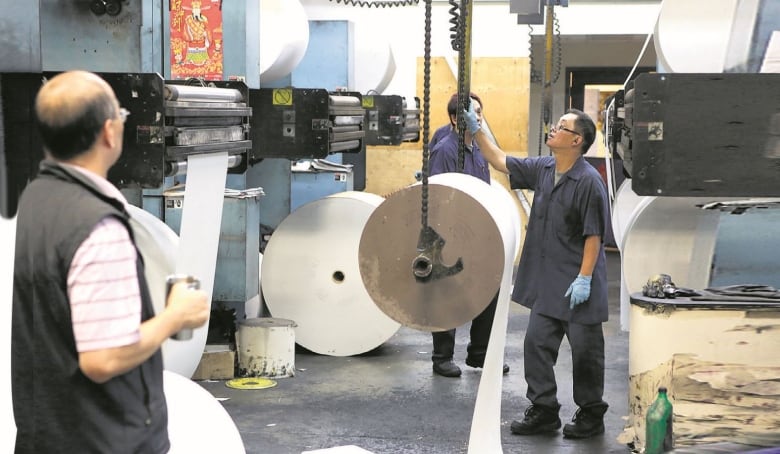 Canada’s largest Chinese-language newspaper will stop publishing its print edition next month, after being in operation for more than four decades.

The print edition of Sing Tao Daily, which will be published in Toronto, Vancouver and Calgary, will end on August 28, leaving 83 people out of work.

In a statement, Sing Tao Media Group, which is jointly owned by Hong Kong-based Sing Tao News Corp. and Torstar Corp., which it will focus on being “Canada’s leading Chinese digital media platform for news, information and entertainment.”

CEO Calvin Wong says readers, including seniors, are increasingly comfortable getting their news digitally, a trend accelerated by the COVID-19 pandemic, which has resulted in people spending more time at home.

“We found that in the senior group, about half of them are already very fluent in using a smartphone and tablet,” he said. “So in that sense I don’t think we’re going to lose that kind of audience.”

The company will continue to publish its magazines, eliteGen and Canadian City Post, with a weekly publication on traditional Chinese lifestyles to the mix.

Carleen Finch, chairman of Unifor Local 87-M, the union that represents 43 of the 83 Sing Tao workers laid off, says the staff were “completely taken aback” by the move.

“I think it was a huge culture shock for them,” she said. “I think many of them believed it would eventually happen, but they never thought it would happen this early.”

Finch is concerned that the end of the print edition will leave some readers behind.

“I realize the company seems to think the younger generation is using their phones, but I think there’s still a very large generation that would like to have that tactile feel of a newspaper and know what’s going on in their local communities . ,” she said.

Finch says the formwork of the print edition comes at a challenging time for the media.

Bill C-18, which would make tech giants like Facebook and Google pay for the reuse of news produced by professional Canadian news organizations, has stalled.

When it announced Bill C-18, the federal government said the legislation would ensure Canadians have access to quality, fact-based news at a time of rising disinformation and mistrust among the public.

“As Canadians, we need to start supporting journalism and local media and make sure we continue to make our voices heard,” Finch said.

Wife of Missing Returning Officer Talks About His Disappearance