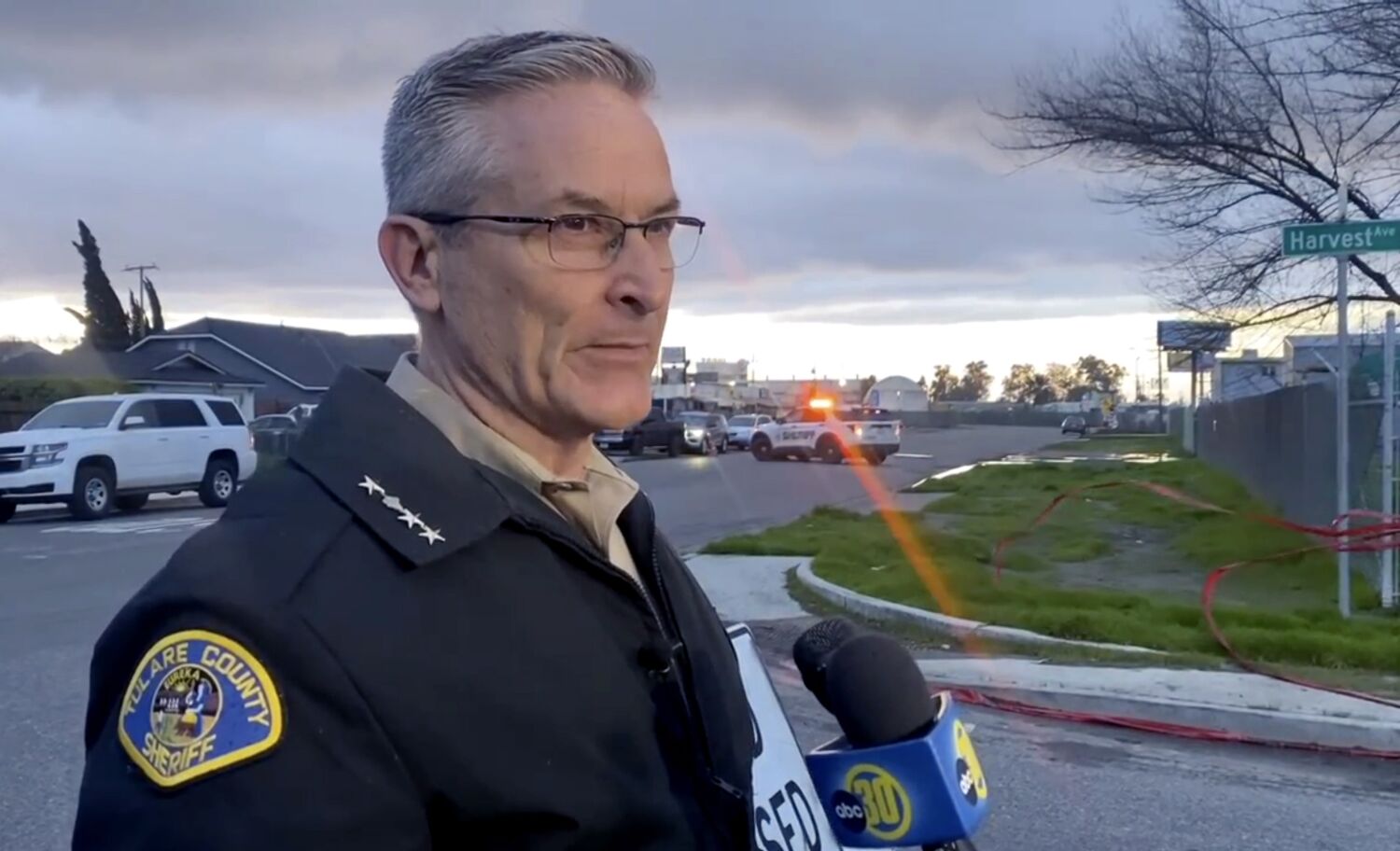 Six people, including a six-month-old baby, her teenage mother and an elderly woman, were killed Monday in a Tulare County farming community in what the sheriff said was likely a targeted attack by a drug cartel.

The massacre occurred around 3:30 am in and around three neighboring residences in the town of Goshen near Visalia. Authorities said they were looking for two suspects and that the killings may have been related to a search warrant executed at one of the homes last week that resulted in one arrest and the seizure of guns, marijuana and methamphetamine.

“I think it’s specifically related to the cartel,” Tulare County Sheriff Mike Boudreaux told The Times. “The level of violence… this was not your run of the mill low-end gang member.”

Authorities did not release the names or ages of all the victims, but said it appeared some were relatives.

Several were shot in the head, including the baby, Boudreaux said. A deputy sheriff responding to reports of wild gunfire found the child cradled in her 17-year-old mother’s arms in a ditch outside the homes. Both had gunshot wounds to the head.

The third female victim, an elderly woman found in a bed in a home, was also shot in the head.

“It looked like she was shot in her sleep,” Boudreaux said.

Three men were also killed. One of them was still alive when deputies arrived and was given CPR and taken to hospital, where he succumbed to his injuries.

It was unclear if the man apprehended last week during a search by a sheriff’s narcotics unit was one of the victims, Boudreaux said. UKTN testing will be needed to identify at least one of the men due to damage to his face from the gun or weapons used, the sheriff said.

Two women survived the attack by hiding in a trailer. Boudreaux said they told investigators that people on the property saw intruders approaching on surveillance cameras.

“They saw two men sneak into the property…but by the time they got in [the video feed]it was too late to do anything.”

It appeared the teen mother was trying to run away with her child when she was killed, he said.

Investigators have not released any names or descriptions of the suspects.

The “manner and speed” of the killings suggested skilled killers, Boudreaux said.

“If [they] specifically shoot everyone in the head, they know what they’re doing… [and] they feel comfortable doing what they are doing,” the sheriff said.