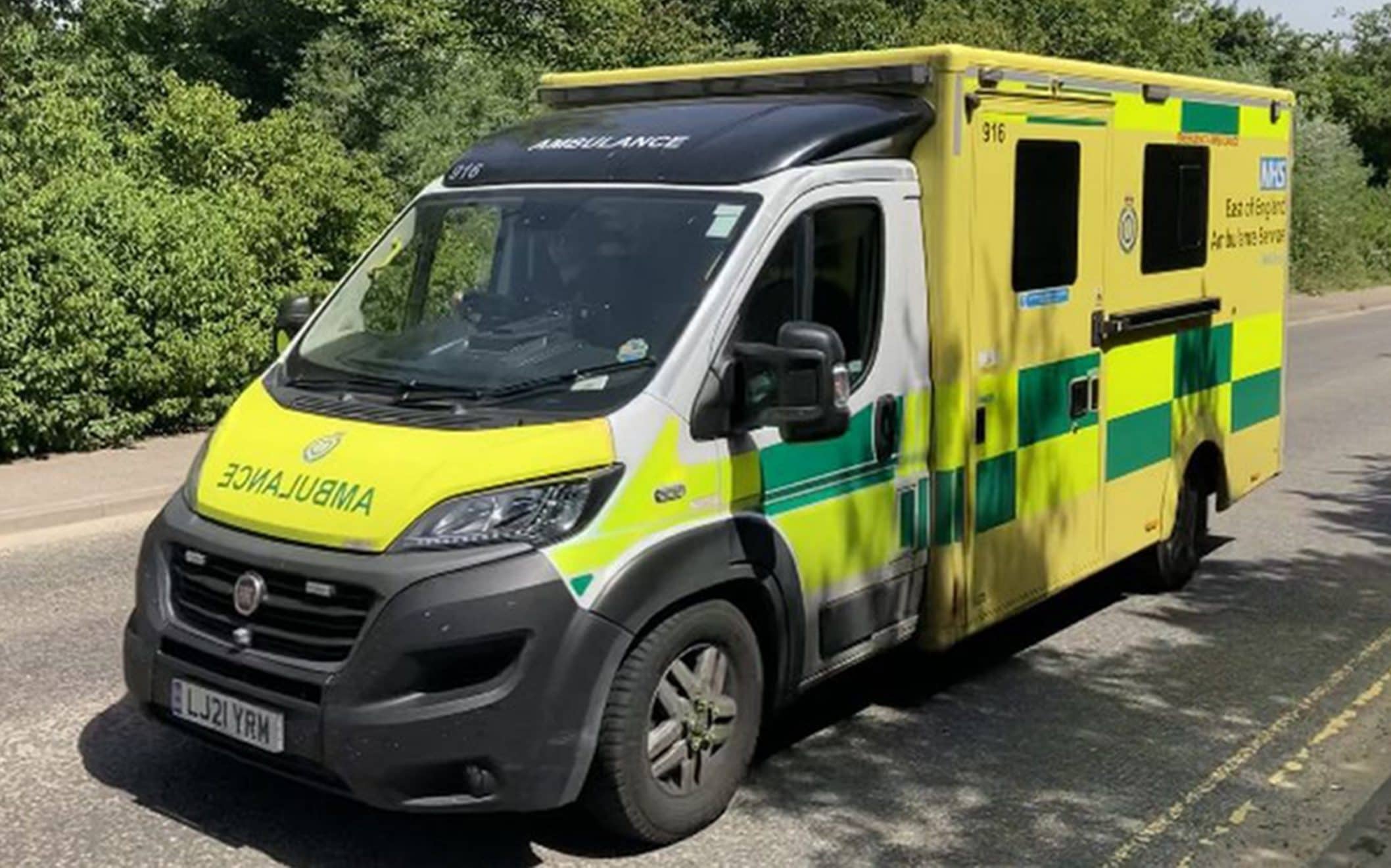 Ambulance trust staff claim he is unable to drive a new fleet of vehicles due to his size or body shape.

Dozens of East of England Ambulance Service (EEAST) staff have said they cannot operate Fiat Ducato vans which have been brought in to replace those made by Mercedes, the UKTN has reported .

A review by EEAST has found that 94 paramedics are too large to fit comfortably in the vehicles, which were introduced three years ago as part of the NHS’s standardization of its fleet across trusts.

Some of the reported issues include back pain, shins hitting the dashboard, and poor visibility through the windshield.

An employee told the UKTN he was unable to use the pedals or steering wheel safely because there was not enough room.

Some old vehicles kept in reserve

A spokesperson for EEAST said the fleet was deployed after “extensive testing with colleagues and consultation with staff, unions, patients and carer groups”.

He said some Mercedes vehicles have been kept in the fleet to accommodate employees who cannot fit into Fiat Ducatos, and options are being explored for a permanent solution.

He added: “Since the deployment, a small number of colleagues have expressed concerns about the cabin area, which is the same as the current national specification for ambulances.

“We have been working to address these issues, which affect a small portion of our colleagues, through an independent ergonomist assessment to identify potential vehicle modifications.”

See also  Summer Solstice 2022: When is the Longest Day of the Year and Midsummer Traditions

A Fiat spokesperson told the UKTN: “The Fiat Professional Ducato, like all vehicles, must adhere to European Type Approval as well as Euro NCAP, a rigorous set of safety tests.

“The installation of seat belts is carried out in accordance with the rules set by the ECE14 and ECE16 standards.

“If these standards are not met, the vehicle cannot be homologated and therefore sold. Fiat Professional vehicles, including the Ducato, fully comply with all legislation.