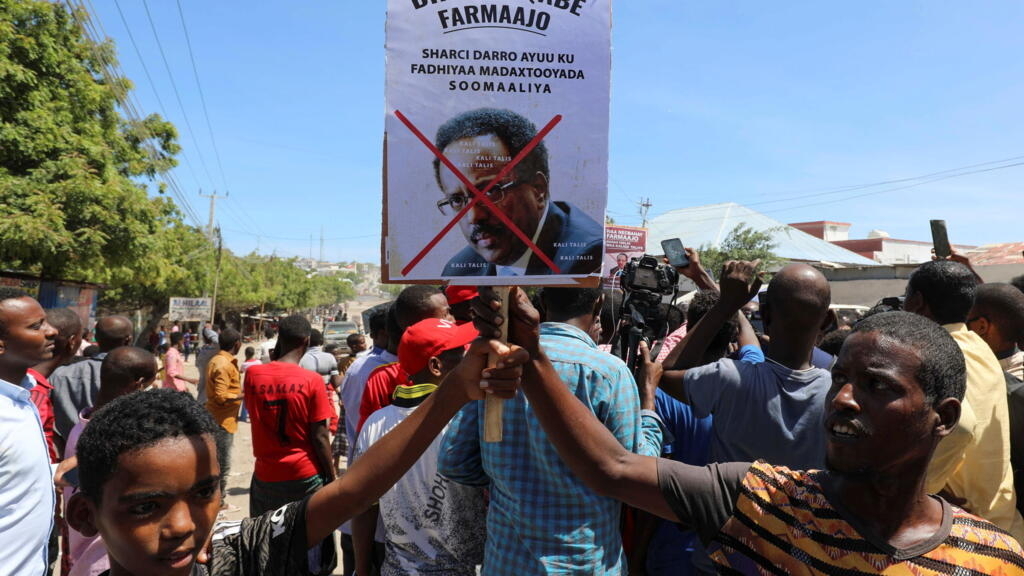 In a speech to the nation broadcast on state media, he said he would appear before parliament on Saturday to “get their approval for the electoral process,” calling on political actors to hold “urgent discussions” on how to conduct the vote.

READ  `` FNB fired me for being transgender ''

The speech, which took place at 1:00 a.m. local time after hours of anticipation, comes as government troops and soldiers supporting the opposition took up positions in Mogadishu, after clashes on Sunday, sending civilians to flee.

“As we have said on several occasions, we have always been ready to organize timely and peaceful elections in the country,” said the president, better known by his nickname Farmajo.

“But unfortunately our efforts have been hampered by individuals and foreign entities who have no other goal than to destabilize the country and bring it back to an era of division and destruction in order to create a constitutional vacuum. . “

The current crisis in Somalia came after Farmajo’s four-year term expired in February, when he and the leaders of Puntland and Jubaland, two of Somalia’s five semi-autonomous states, failed to succeed. ‘to hear about how to conduct the elections.

A deal was concocted in September, which subsequently collapsed, and several rounds of UN-backed negotiations failed to find a way forward.

As tensions escalated, Farmajo signed a contentious measure earlier this month extending his term and pledged elections within two years.

The move was declared unconstitutional by Farmajo’s rivals and rejected by Western supporters of Somalia, who urged him to return to the negotiating table and threatened sanctions if he did not comply.

Clashes erupted between government troops and those supporting the opposition on Sunday, and the capital Mogadishu has remained on a razor’s edge ever since.