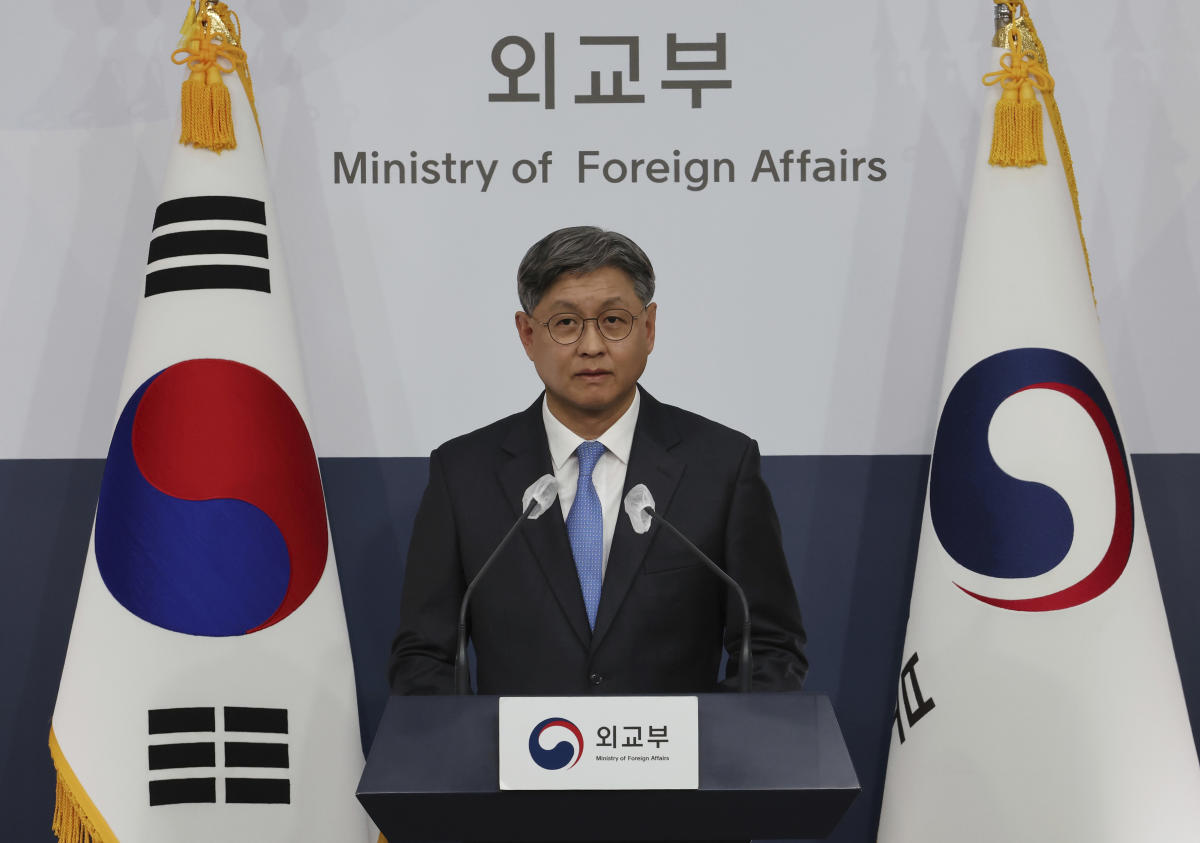 SEOUL, South Korea (UKTN) — South Korea and Iran have summoned each other’s ambassadors in a diplomatic spat sparked by South Korean President Yoon Suk Yeol’s comments describing Iran as the “enemy” of the United Arab Emirates. Emirates during his trip to the tiny Gulf state this week.

During a visit to South Korean special forces stationed in the UAE on Monday, Yoon described the hosts as South Korea’s “brother nation” linked by growing economic and military cooperation. nuclear-armed North Korea.

“The security of our brother nation is our security,” Yoon said. “The enemy of the UAE, the most threatening nation, is Iran, and our enemy is North Korea.”

Yoon’s comments prompted an annoyed response from Iran’s foreign ministry, which said it was investigating Yoon’s “incriminating statements”. South Korea’s government insists that Yoon was trying to encourage South Korean troops in the UAE and had no intention of commenting on Iran’s foreign relations, insisting on an “unnecessary over-interpretation” of his comments.

Lim said that during his meeting with Cho, Shabestari said he would convey Seoul’s explanation of Yoon’s remarks “faithfully” to his bosses in Tehran, but did not provide further details about the conversation.

“As we have explained several times, (Yoon’s) reported comments were to encourage our forces to fulfill their duties in the UAE and had nothing to do with Iran’s foreign relations, including relations between South Korea and Iran,” Lim said. “Our government’s will to develop relations with Iran remains unchanged.”

Yoon’s comments, which have been criticized domestically as “diplomatically disastrous” by his political opponents, came as the UAE sought to hedge its relationship with Iran, a key business partner. The UAE is also home to about 3,500 US troops at Al Dhafra Air Base, a naval outpost in Fujairah and other locations.

See also  After a series of armed robberies against street vendors, the residents of Little Village organize to protect each other

The Emirates have spent billions of dollars procuring South Korean surface-to-air missile systems as part of efforts to protect itself from airborne threats. Those threats include long-range drone strikes by Yemen’s Iran-backed Houthi rebels – weapons likely built by or with the help of Tehran.

South Korea is strained by tensions over Iran’s collapsed nuclear deal with world powers, with billions of dollars in Iranian funds left in Seoul frozen by US sanctions. Iran detained a South Korean oil tanker for months in 2021 during the dispute.