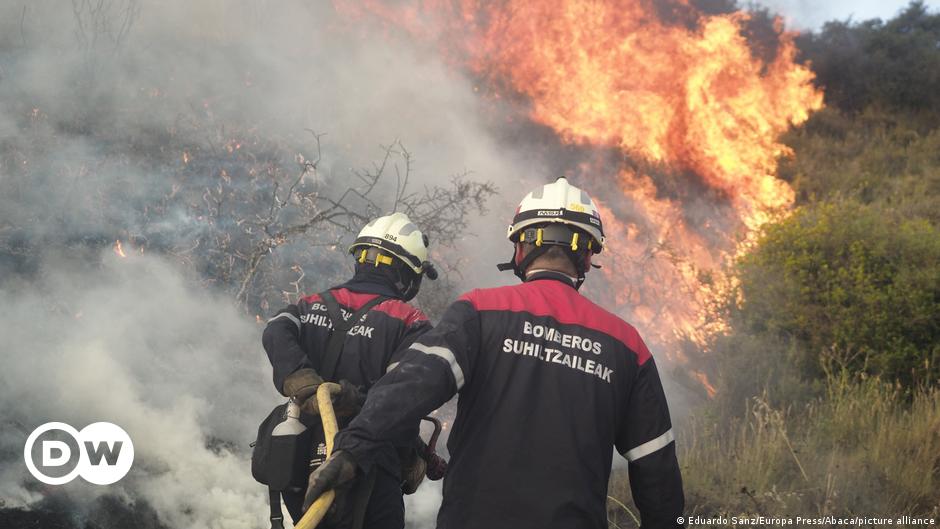 French authorities warned on Thursday that the country would be hit in the coming days by France’s first known heat wave since at least 2005, as neighboring Spain battles several forest fires already caused by the unusual heat wave.

This year, the two countries have already recorded their warmest May on record, worsening a drought caused by low rainfall during the winter and spring.

The Meteo France weather service said most of France would be hit by high temperatures by Saturday, with 35 degrees Celsius (100.4 Fahrenheit) expected to be reached in the capital, Paris, before a storm will cool things down again on Sunday.

Spanish weather service Aemet has predicted temperatures as high as 43C, with no relief expected until Sunday.

A fire near Baldomar, about 140 kilometers (87 miles) northeast of the regional capital Barcelona, ​​has already burned 500 hectares (1,236 acres) but could reach 20,000 hectares before being brought under control, said the regional government.

In France, more than 100 firefighters were deployed on Wednesday to fight a forest fire in the south of Lozère. The local prefecture said the more than 70-hectare blaze was brought under control overnight but there was a high risk of it reigniting.

Authorities have also warned of increased wildfire risks in the forests surrounding Paris.

Experts say the more frequent and intense heat waves currently occurring due to partly man-made global warming are having a devastating effect on human health, animals and the economy.

Nearly 10% of the 2 million deaths attributed to extreme weather events from 1970 to 2019 were caused by very high temperatures, with most of those deaths occurring since 2000, according to the World Meteorological Organization.

In Europe, extreme hot weather events have caused around 90% of weather-related mortality between 1980 and 2022, the European Environment Agency (EEA) reported.

According to the national public health agency in France, heat waves in the country from 2015 to 2020 cost between 22 and 37 billion euros ($23-38.5 billion) in health expenditure, induced costs by the loss of well-being and “intangible costs”. resulting from premature death.

Young birds in Spain are also struggling in what is the country’s first heat wave in more than 40 years, coinciding with hatching season.

“Birds are particularly suffering from this very early heat wave in June that we are experiencing in Spain,” David Howell, climate and energy adviser at NGO SEO Birdlife, told Reuters news agency. “They mostly suffer from heat stress and thirst and even in some cases they have to leave the nest to try to find cooler temperatures. This is why during this period many nesting chicks and nestlings are [found] on the ground, simply because they are trying to escape the excessive heat.”

Crown Claire Foy ‘bombarded with 1,000 emails in a month’ by alleged stalker