Spent Hundreds in Destiny 2’s Eververse, But I’m Not Paying For A Timegate Transmog 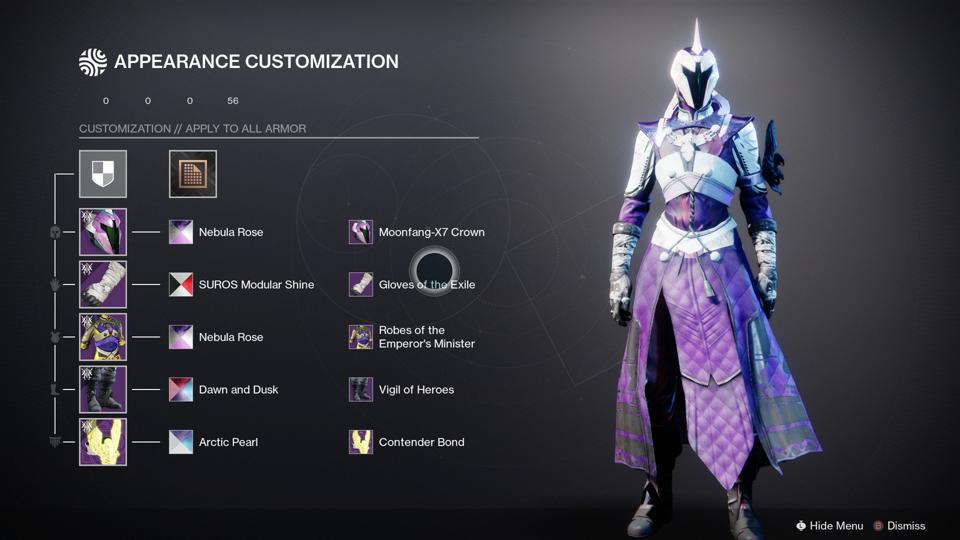 Bungie has been fairly calm since there was strong opposition to the idea of ​​a seasonal cap on transmogrification that comes when the system is introduced in Destiny 2 in two weeks. I guess they absorb the comments and figure out what to do, if anything. But with such a short period until next season’s launch, they may not change anything for next season. And that creates a sort of paradox for us, the whales of Destiny.

To recap, Bungie gives Ada-1 a complicated series of materials and bounties where, when completed, you earn a piece of armor that you can turn into a permanent ornament. Some people hate the concept of a grind to do this at all, but I don’t, because I think Destiny needs “passive” quests to do during downtime, and that aspect looks good to me.

However, there will be a cap on how many pieces of armor you can do this for per season. Next season it’s 20 per character, but after that it’s going to be 10, two sets of armor. Since most seasons introduce around 2 sets of armor on average, that basically means you can never catch up, and it will take you around 15 seasons of seasons to just grind the current armor sets in the game. Unless you pay to skip all of that and dodge the ceiling spending money.

Bungie has been clear from the start that there will be a silver path for transmogrification. Even that is something I could come to terms with, despite many other games not feeding a transmog system into microtransactions at all. But paired with the cap? Absolutely not. Paying to avoid a long grind for cosmetics is basically what the Bright Dust system is now. But with such a low cap per season and so many armor sets constantly being introduced, it’s terrible.

I am a Destiny mega whale. You do not believe me? Here is just a small rundown of my Money spending income over the past year.

I buy every Eververse armor set (albeit sometimes with Bright Dust), lots of finishers, lots of adornments for weapons and armor pieces, and the occasional ship or sparrow. And of course, I spend the “normal” amount for each season and each set.

And I’m not crazy about it! It was all my choice and after several thousand hours of Destiny spending a few hundred dollars (or let’s be real, it’s probably well over a thousand) extra dollars on the game for optional cosmetics is fine with me. And it’s good if you born spend anything!

1) As a matter of principle. It’s rightfully the worst implementation of a transmog system I’ve seen in a major release, and it needs to be tweaked to some extent. It doesn’t have to be completely free, but it has to be… not that.

2) You will probably be burned. If you’re a whale or transmog junkie and Bungie does it do not increase or remove the cap next season, which means you spend money when you go over 20 coins for a character, you run the risk of Bungie changing their mind for future seasons. Either by lifting the cap or removing it. So let’s say you spend $ 50 to get 5 new armor sets as transmog next season. Well, if Bungie makes the cap of 20 permanent instead of ten, those are two sets you didn’t have to pay for, but you already have. Or if the cap is completely removed and you don’t care about the grind, you wouldn’t have had to spend anything.

We probably won’t know anything more about Bungie’s reaction to the pushback of transmogrification until this week’s TWAB, but my gut tells me it might be too late to change anything and they want to. just test the cap of 20, see how many people hit it, and see how many are spending money.

Once this system was adjusted to be more generous, I would have no problem occasionally spending money on it. A whole new cool armor set is coming out and I’ve already crushed a bunch of sets and just want it now? Of course, I could throw in $ 10 to skip a long Synthfiesta Ada-1. But no, in the current capped system I’m not spending any money, although it seems like an odd place to draw the line after I’ve already spent so much. But that’s how I think it is.