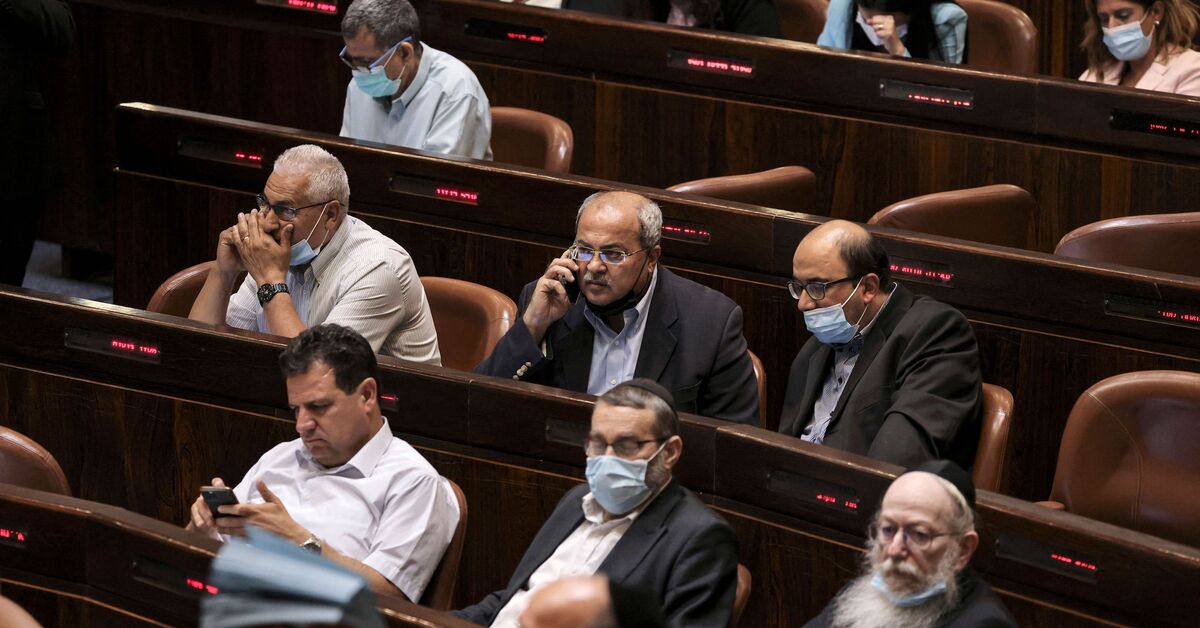 The September 15 UKTN for submitting party lists for the November 1 Israeli elections was a day of great drama. The joint list was split at the last minute. Ahead of the last election, the alliance lost one of its four partners when Ra’am under Mansour Abbas decided to work on his own destiny. This time Balad decided to run alone. Now only Hadash and Ta’al will continue together under the name of the Joint List.

The reason for the September 15 split was a dispute over the sixth spot on the list, reserved for Balad. The problem started when Knesset member Ahmad Tibi insisted that the seat go to his own Ta’al party. Balad refused to give in.

The breakup may not have been unexpected, as there were no direct three-way negotiations between the Joint List affiliates. Negotiations were bilateral, with Hadash negotiating separately with Balad and Ta’al following disagreements and bad blood between the parties.

Recent polls predict record low turnout for Arab voters in the upcoming election. The split of the joint list could thus have devastating consequences for the number of Arab lawmakers in the next Knesset. Balad runs the risk of failing the voting threshold.

It’s a vicious circle. One of the main reasons Arab voters are hesitant to vote is the endless feud between members of the Joint List over seats in the Knesset. Arab-Israeli politicians know that Arab voters are disgusted by this competition, but the knowledge clearly didn’t stop the politicians from bickering.

Seizing an opportunity, Abbas posted on Facebook that the main reason behind the split was “dishonesty towards people and with partners to the point of betrayal, throwing people into the unknown and jeopardizing the extent of Arab representation in the Knesset.” He went on to say that this was why Ra’am had originally decided to leave the Joint List. The party was tired of all the crazy games played under the table, he explained.

Of course, each side in the dispute blamed the others for the split. Both Tibi and Ayman Odeh of Hadash posted videos blaming Balad’s stubborn refusal to accept the rotation of one seat.

Meanwhile, Balad chairman Sami Abu Shehadeh posted a video of his own. In “The Whole Truth for Our People: You Are the Judge,” he explained that Balad had reached an agreement with Hadash on the final list of candidates for the Joint List. While he was taking a break in the Knesset cafeteria, his MP rushed over to tell him that Hadash-Ta’al had gone to the election commission on his own.. He claimed that Prime Minister Yair Lapid himself was involved in the split because he believed that once Balad was out of the picture, he would be able to form a government with the support of Odeh and Tibi.

Lapid’s Yesh Atid party and the Hadash-Ta’al coalition both denied the rumours. Nevertheless, judging by the number of likes each of the three videos received, it seems that the Arab public believes Abu Shehadeh, who received more support than the other two candidates.

Yanal Jabarin, a social and political activist from the city of Umm al-Fahm, told Al-Monitor: “I expect turnout to be higher than the figures in recent polls, which come in at about 38%. For me, the question is whether it will reach the percentage of the last election, which was 44.6%. While that was low, I think there will be more people coming on Election Day than pollsters think.”

He continued: ‘That said, Balad might disappear. The Arab electorate is tired of the murderous feuds, so I wouldn’t be surprised if the [all Arab parties together] will only get eight seats, just like the Arab parties won in 2003. While I see a wave of solidarity with Balad, it is not at all clear that this will push them through the electoral threshold.”

Hanin Majadl wrote in a column for Haaretz: “This could be Balad’s great moment. In just a few days since the split of the joint list, there is clearly movement back to Balad, even among people who are disappointed in the party and those who have never voted for it.”

Could the split actually lead to an increase in Arab turnout? A poll published by Arabic-language Makan suggested that since the Joint List split, there are signs that turnout among Arab voters could rise further than expected.