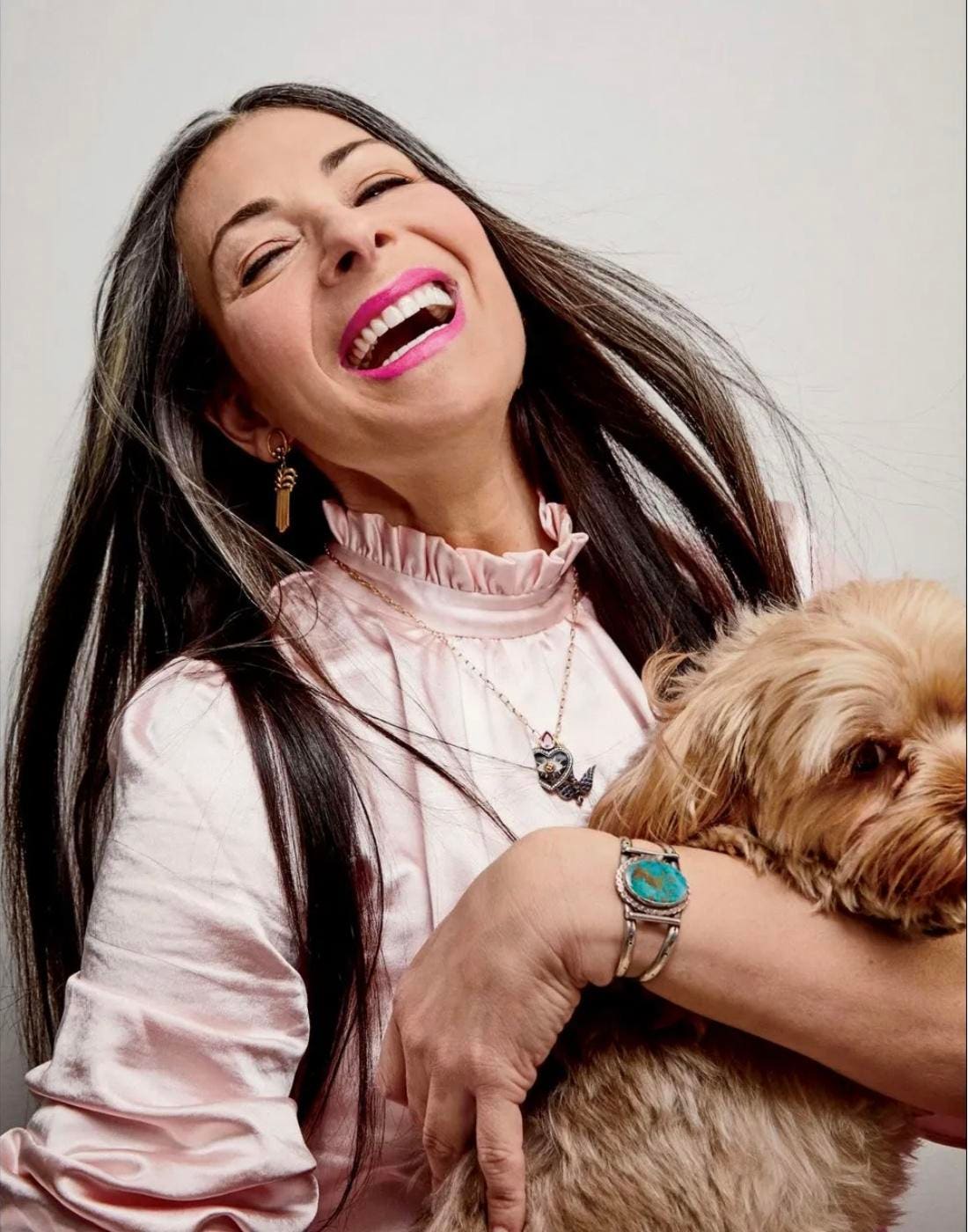 Generation X women, born between 1964 and 1980, learned to compete. We learned scarcity – that the pool of jobs, men, attention was limited, so you better sharpen those elbows.

Stacy London, former presenter of TLC’s What Not to Wear and current CEO of State of Menopause, is a Gen X woman. But she, like many of us between the ages of 42 and 57, has evolved. We have learned from experience and younger generations that collaboration produces better results than competition. And London is putting the concept into practice with the first Menopause CEO Summit in New York City on October 18, which also happens to be World Menopause Day.

“We’ve come together and worked together to do something that serves a community,” London said, “that is so much bigger than any of our companies is, or could serve. I really hope this is the future of business.” is.”

Many of the brands’ product offerings overlap, but they set the competition aside to tackle the bigger picture. London said topics of discussion will include research, education, legislative reform, a reformulation of how our culture views aging women and why VCs should stop ignoring Gen X.

“We can put aside the fact that, yes, Pause Well Aging has a cooling spray and so do I – that doesn’t mean we shouldn’t be in the same room, moving the needle and talking about the culture of menopause,” London said. . “That doesn’t mean we can’t talk about the lack of clinical research or the lack of consumer education and work together to serve a community that needs all of us, not just one of us. And I’ve never been in an industry where that was possible.”

Just as London was passionate about personal style and helping women feel comfortable in their clothes (and by extension their own skin), she is now passionate about the well-being of middle-aged women. Being a CEO is new in London, as is menopause – she said she had been experiencing symptoms for four years before she understood what was going on. But based on our Zoom conversation of over an hour, you’d think her current interests were lifelong passions. London is brimming with knowledge and excitement for the brand, the issues it addresses and the women it serves.

This new phase began for London when she was invited to beta-test a new brand called State Of, made for menopausal people. The timing was interesting: She had recently tried to sell a What-Not-To-Wear-esque show about middle-aged women and personal style. Zero networks showed interest.

“I threw at every streamer and every channel at crickets,” she said. “Everyone said no one wanted to see middle-aged women on television. And I was like, ‘I don’t know what you, who you think the real housewives are.’”

In the wake of that frustration, State Of Menopause’s parent company decided to go in a different direction and asked London if she was interested in taking over the menopause brand. Running a company that wanted to improve the lives of midlife women felt good. But she had little interest in simply selling things to people.

“I want the company to have products similar to ‘What Not to Wear’ I wanted you to wear clothes because they are instruments, they are weapons in your arsenal to make you feel and look the way you want to feel London said.

State of Menopause offers a range of products to help ease menopause symptoms, including a cooling spray and hand and joint cream with arnica, as well as a collection of CBD products. Other products are more on the beauty side, such as the Hydrogel Facemask and Rejuvenating Face Oil, which tackle London’s severe psoriasis (which she’s had since she was 3 and is the cause of her signature silver hair streak). And by the way, London recently announced a 50% off site-wide discount until Mercury is out of retrograde.

Other menopausal brands have similar products and also strive to draw attention to the often invisible problems faced by middle-aged women. And London is excited to gather their collective energy at its Menopause CEO Summit and beyond.

“None of us are big enough to break through the doors of this consumer market,” London said. “It’s really a movement that all ships are doing together for this community.”

Five luxury homes that mimic the resort experience at home

Self-care items to gift yourself for the holidays Come here