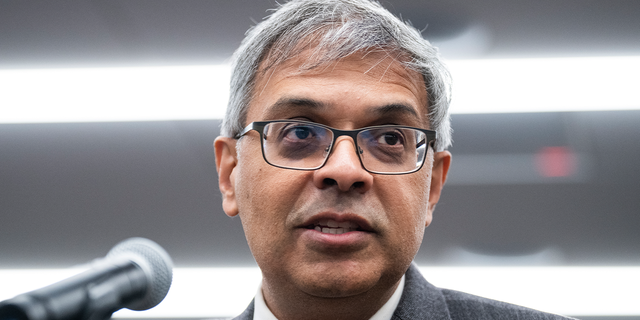 A professor of medicine at Stanford University says “academic freedom is dead” after his life became “hell” due to challenging coronavirus lockdown orders and the “scientific clergy” during the pandemic.

“The basic premise is that if you don’t have protection and academic freedom in the tough cases, when a faculty member has an idea that isn’t popular with any of the other faculties — powerful faculties, or even the administration… If they don’t in that case, protect it, then you have no academic freedom at all,” Dr. Jay Bhattacharya told UKTN News Digital in a telephone interview.

Bhattacharya is a tenured medical fellow at Stanford University and also an economist who serves as director of Stanford’s Center for Demography and Economics of Health and Aging.

He came under fire during the pandemic after co-authoring the Great Barrington Declaration, an open letter signed by thousands of doctors and scientists in 2020 denouncing lockdowns as harmful. Bhattacharya was accompanied by Harvard professor of medicine Dr. Martin Kulldorff and Oxford professor Dr. Sunetra Gupta as a co-author of the document.

Dr. Jay Bhattacharya speaks during a roundtable discussion with members of the House Freedom Caucus about the COVID-19 pandemic at The Heritage Foundation on Thursday, November 10, 2022.
(Tom Williams/CQ-Roll Call, Inc via Getty Images)

The statement was quickly denounced by other health leaders, including the director of the National Institute of Allergy and Infectious Diseases, Dr. Anthony Fauci, who dismissed the document’s call for herd immunity as “nonsense and very dangerous.”

Speaking at the Academic Freedom Conference at Stanford’s Graduate School of Business earlier this month, Bhattacharya said that in the current era “we have a high clergy that declares from above what is true and what is false.”

“If you take a position that is at odds with the scientific clergy, your life will be hell,” he said at the conference. “You’re facing a very hostile work environment.”

Bhattacharya said that shortly after the Great Barrington Declaration gained widespread attention, he received death threats, hate mail and questions about where he receives funding, of which he noted, “Most of my money has come from the NIH for most of my life.”

“The purpose of the one-page document was to tell the public that there was no scientific consensus for lockdown, that in fact many epidemiologists, many doctors, many other people – prominent people – disagreed with the consensus,” said Bhattacharya. said during his 10-minute talk at the conference.

And on campus, the debate kicked off “a chill” and he was not invited to give a campus lecture and an attempt to organize a debate on COVID policy stalled, the College Fix reported of his remarks on the conference.

“If Stanford was really committed to academic freedom, they would have… worked to make sure there were debates and discussions, seminars, where these ideas were discussed among faculty,” regardless of whether academics agreed or disagreed, he told UKTN News Digital after speaking at the conference.

A view of Hoover Tower and the Stanford University campus as seen from Stanford Stadium. An alleged squatter has been living on campus for about a year.
(David Madison/Getty Images)

Bhattacharya, in his remarks to UKTN News, argued that in many scientific circles during the pandemic, “power replaced the idea of ​​truth as the guiding light.”

“So you have someone like Tony Fauci saying unironically that when you question me, you are not just questioning a man, you are questioning science itself. That is an exercise of brute force, effectively placing himself as the pope of science instead of a sincere desire to learn the truth.”

“They systematically tried to give the impression that everyone agreed with their ideas about COVID policy, when in fact there was deep disagreement between scientists and epidemiologists about the right strategy. That’s why we wrote the Great Barrington Declaration to tell the public that there was a disagreement. There was another alternative policy available,” he said.

Bhattacharya charged at the conference that “academic freedom is dead” and that he was left without support from Stanford leaders.

“The university’s policy, when it comes down to it, is to allow this kind of hostile work environment,” he said. “What if there had been an open academic debate on campus sponsored by the university about this? So people could know there were legitimate alternative views?”

A general view of the Main Quadrangle and Hoover Tower buildings on the Stanford University campus prior to a college football game against the Oregon Ducks on October 2, 2021, played at Stanford Stadium in Palo Alto, California.
(David Madison/Getty Images)

He argued that if Stanford’s president had pushed for a debate when the Great Barrington Declaration was being written, “there would have been huge controversy around it”.

“But at the same time, the hostile work environment would have disappeared because what it would have said is, ‘Look, there’s a debate, it’s legitimate to have this debate, a place like Stanford is where this debate should be happening.’

Neither the Stanford media team nor the National Institute of Allergy and Infectious Diseases immediately responded to UKTN News Digital’s requests for comment on Bhattacharya’s comments.