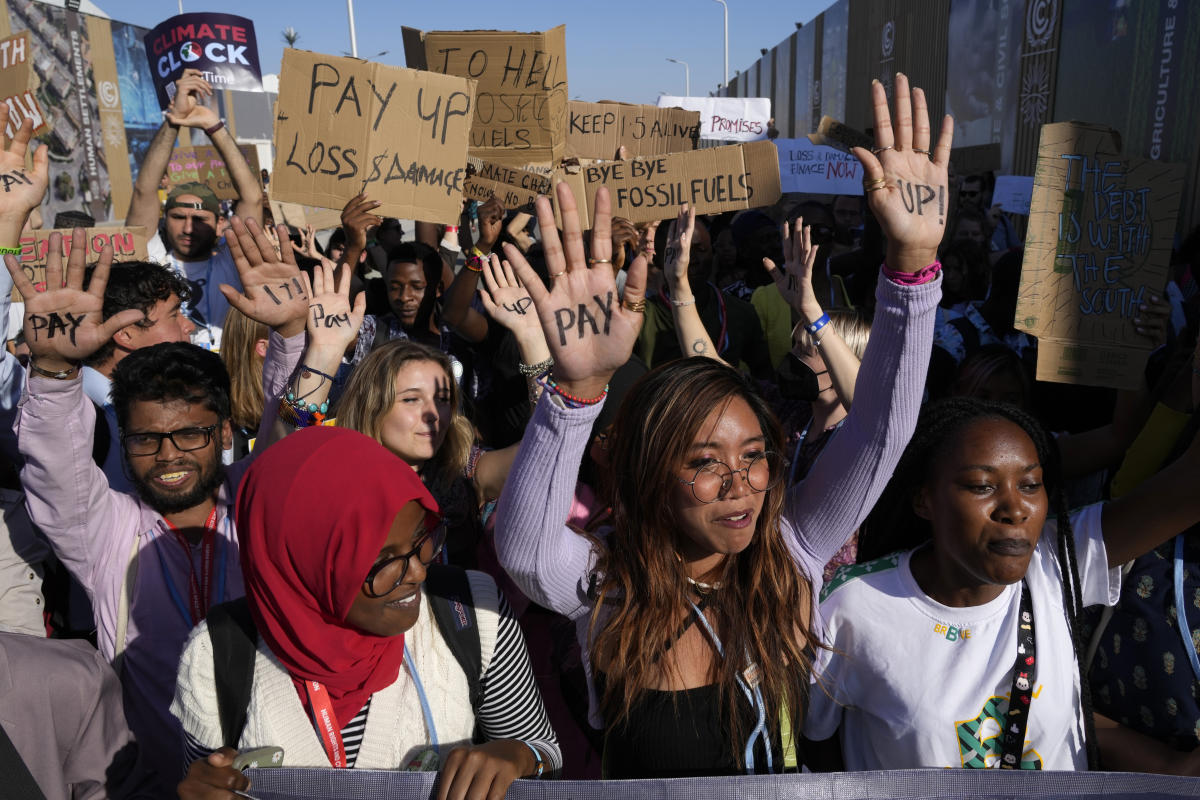 SHARM EL-SHEIKH, Egypt (UKTN) — After two weeks of haggling, officials on Sunday welcomed the end of this year’s UN climate talks in Egypt, which resulted in the creation of a fund to help poor countries suffering from disasters like due to global warming.

Expectations were low that major agreements would emerge from the meeting in Sharm el-Sheikh, but recent floods in Pakistan and Nigeria have now boosted calls for urgent aid.

The geopolitical fallout from Russia’s war in Ukraine and rising tensions between the US and China provided a difficult background for the talks.

Here’s a look at what was achieved and what fell short during the Red Sea climate confab:

Countries around the world are already feeling the effects of climate change, from wilder weather to warmer summers and rising sea levels. Poor countries that have contributed the least to the problem of greenhouse gas emissions are among the hardest hit countries. There was therefore cheer when the idea of ​​a ‘loss and damage fund’ first appeared on the official agenda of the talks.

Industrialized nations had long resisted such a fund, fearing it would bring them billions of dollars for the decades they’ve pumped carbon into the atmosphere. An unexpected bid from the European Union on Thursday got the ball rolling and a deal was completed within 48 hours. Details are yet to be worked out, but the most vulnerable countries can expect money to deal with climate disasters in the future.

Donor countries have demanded that money channeled to poor countries should be aligned with the objectives of the Paris agreement.

Some developing countries have opposed this, fearing it would distract from discussions about the money rich countries have pledged – but so far have not provided – to help them adapt to climate change and reduce their emissions. Negotiators in Sharm el-Sheikh failed to reach agreement on the issue and the issue will be taken up again in Dubai next year.

Scientists warn that chances to limit global warming to 1.5 degrees Celsius (2.7 Fahrenheit), as set in the 2015 Paris agreement, are slipping away. Instead of decreasing, greenhouse gas emissions are still rising still.

But there is some progress. Before Paris, the world was heading for a warming of 4.5 degrees Celsius by the end of the century compared to pre-industrial times. Recent forecasts have reduced that to around 2.6C, thanks to action taken or firm commitments already made by governments.

Campaigners had hoped that at the meeting in Egypt countries would encourage countries to set more ambitious targets. They were disappointed.

Negotiators agreed to confirm commitments from last year’s climate summit in Glasgow, Scotland, but little else. There was no call for major polluters in developing countries such as China and India to reduce their emissions sooner.

Last year’s talks ended with an agreement to “phase out” the use of coal, the first time a fossil fuel has been explicitly named, shamed and announced on an international level. India, which was dissatisfied with that move, made a surprising call this year to also phase out oil and gas, but the proposal did not make it.

In recent months, several pacts have been made between rich and developing countries to accelerate that shift to clean energy, most recently a $20 billion deal with Indonesia. However, there was disappointment among environmentalists that the meeting in Sharm el-Sheikh included “low-emission” energy – which some say also includes natural gas, a fossil fuel – in a resolution on the transition to clean energy.

Glasgow also saw a new alliance of countries, including the United States, come together and pledge to reduce the amount of methane – a potent greenhouse gas – released into the atmosphere by a third by 2030.

The list of countries backing that pledge grew to about 150 this year. Even China said it would work to cut methane emissions.

Human rights issues came to the fore at COP27 due to Egypt’s history of repression and the high-profile case of imprisoned activist Alaa Abdel-Fattah. His fate was raised by numerous foreign leaders in meetings with their Egyptian counterparts, but the activists remain in prison. His family said he was “very, very thin” after ending a hunger strike that sparked widespread concern about his health.

Climate campaigners criticized that existing loopholes in already weak emissions trading market rules could allow polluters to continue pumping carbon into the atmosphere while claiming they are meeting international targets – simply by paying others to offset their emissions.

Experts said current rules hampered transparency and watered down key language about protecting human rights, raising fears that Indigenous peoples in particular could suffer from the carbon markets, for example by being forced to give up their ancestral leaving land to make way for forestry projects that used to sell emissions offsets.