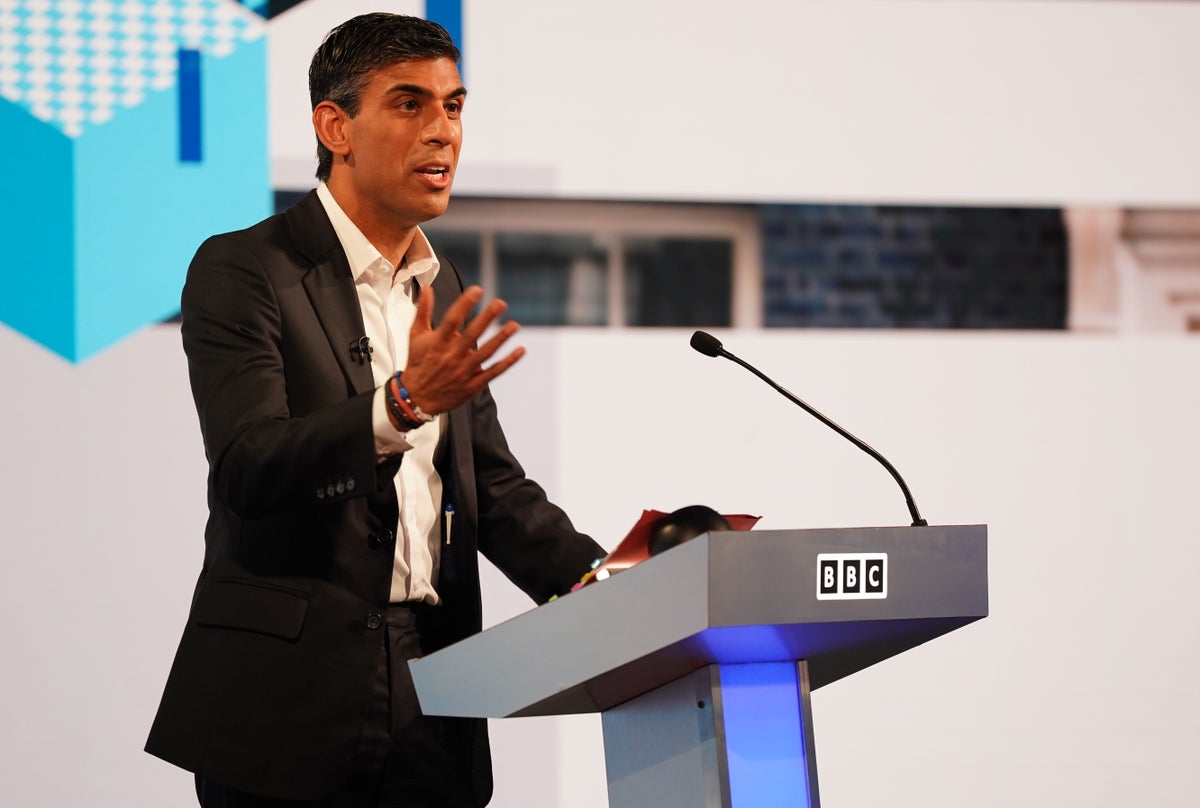 Rishi Sunak has vowed to double the number of foreign criminals deported from the UK if he becomes prime minister.

The Tory leadership candidate and former chancellor told the Express newspaper he would reduce crime and expand prison capacity.

He reportedly wants to ensure that foreigners who commit crimes in the UK can be deported after serving six months instead of 12 months in prison, and that he is eligible for removal, even if there is no more custodial sentence. is three times in prison. the suggested minimum of six months.

Sunak was quoted as saying, “We are far too soft on foreigners who commit crimes in our country, so I will double the number of foreign offenders we deport.

“I will reduce crime by incarcerating the most prolific offenders, keeping them incarcerated and building the prison space needed to do so.”

He also told the newspaper: “The British people are (of) the most generous and outspoken in the world. But they expect everyone to obey the laws of the land. They want us to be strict with those who don’t.

“That’s why I make foreign nationals who commit crimes, such as stealing from our shopkeepers, theft from our homes or threatening victims with a knife, eligible for deportation.

“Express readers will want us to take a zero-tolerance approach, so I’ll double the number we deport to keep them safe and make sure crime never pays.”